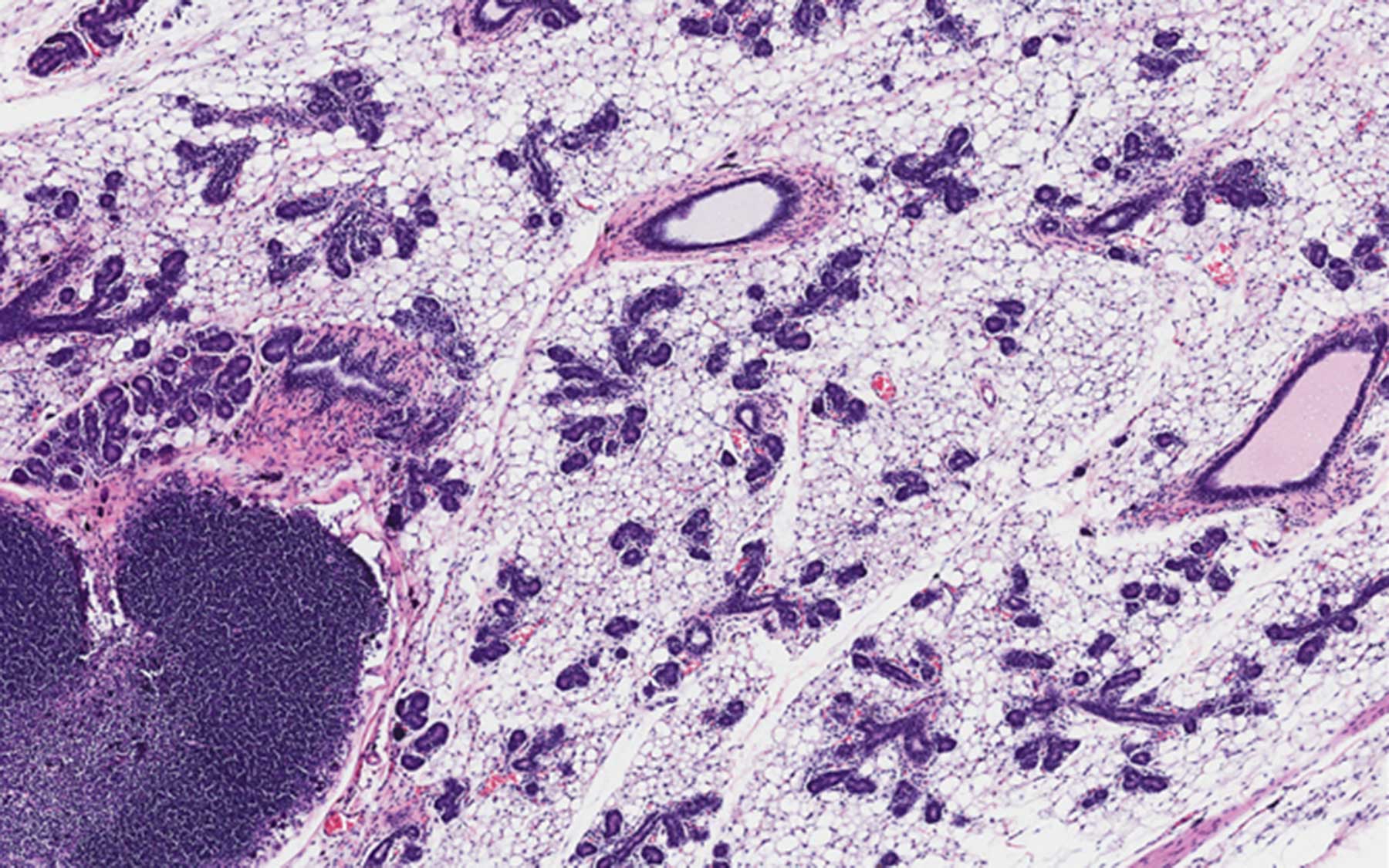 BPTF is a protein that helps regulate how DNA is bundled in cells and how genes are expressed. A team finds mammary stem cells depend on it to remain "immortal," suggesting a strategy for targeting breast cancer cells.

Cold Spring Harbor, NY — For years, cancer experts have realized that cancerous cells behave in certain ways like stem cells, unspecialized cells that when exposed to certain signals, can “differentiate.”

When a stem cell differentiates, it starts down a one-way path that will result in its specialization and eventually its death. For instance, a stem cell in the breast can become a luminal cell, one of the breast’s “milk factories.” Such cells have a limited life span. Cancer cells resemble stem cells not because they can turn into other cell types, but because in developmental terms, they seem to go in the opposite direction: they begin to run through multiple layers of stop signs and barricades and just keep on multiplying.

Assistant Professor Camila dos Santos of Cold Spring Harbor Laboratory (CSHL) is studying stem cells in the breast for clues about what changes occur when normal breast cells become cancerous. Today, a team led by dos Santos, in collaboration with Assistant Professor William Pomerantz at the University of Minnesota and Professor Gregory Hannon of Cancer Research UK, Cambridge Institute, identify a protein that they show must be present in order for mammary stem cells to perform their normal functions.

When the researchers genetically removed or chemically inhibited the protein, called BPTF, stem cells could no longer maintain their “renewing” state and began to take on the character of specialized breast cells—and then soon died.

“That was very exciting for us,” says dos Santos, “because that’s exactly what we want to drive breast cancer cells to do. We want to take away their stem cell-like qualities—especially their ability to multiply indefinitely. We are testing the idea that a drug that inhibits BPTF might have the same effect in cancer cells as in stem cells—it could cause them to differentiate and then die.”

When studying how normal cells change into cancer cells, dos Santos and other cancer researchers pay close attention to gene expression. Every cell in the breast, including stem cells, contains the full human genome. One way of thinking about what differentiates a breast cell from a heart cell is that each cell type expresses different subsets of genes.

The same is also true within each organ. In the breast, the ducts designed to carry milk during and after pregnancy are composed of two highly specialized cell types and a niche of stem cells that gives rise to both types. Each of these different cell types expresses different groups of genes at different times over the lifespan of an individual.

BPTF, identified by dos Santos and colleagues as essential for mammary stem cell maintenance, is a protein with a very specialized function. It is what biologists call a chromatin remodeling factor. Chromatin is the packaging that enables six linear feet of DNA in each of our cells to be compressed inside the microscopic nucleus.

With so much DNA squished into such a small space, it stands to reason that expressing a gene in the “middle” of the bundle might require loosening the packing material to expose that segment of DNA to the machinery that copies it into an RNA molecule. This copying is the first step in using the gene’s “blueprint” to manufacture a needed protein. Chemical modifications to chromatin—and even more specifically, to the histone proteins that provide “spools” around which the DNA is wound—are called epigenetic modifications.

“It has become very clear that the opening up or tightening of chromatin, to expose or hide genes in our chromosomes, plays a role in cancer progression,” dos Santos says. “For instance, exposing a gene at a particular moment might help a cancer cell bypass a ‘stop sign’ in a growth pathway.”

The research published today shows that BPTF is part of a regulatory system that opens chromatin and changes gene expression, specifically in mammary stem cells. This opening of the chromatin turns out to be critical in the ability of the stem cell to remain “immortal”—to give rise to daughter stem cells that will also help maintain a tissue such as the breast, and seeding it, at different times of life, with specialized cells. For example, during puberty, when the breast develops, or during pregnancy, when the breast gears up to produce milk.

“We now know that mammary stem cells are highly dependent on BPTF. The next task is to explore if can we use that dependency to target stem cell-like programs in breast cancer cells,” dos Santos says.

BPTF is a protein that helps regulate how DNA is bundled in cells and how genes are expressed. A team finds mammary stem cells depend on it to remain "immortal," suggesting a strategy for targeting breast cancer cells. 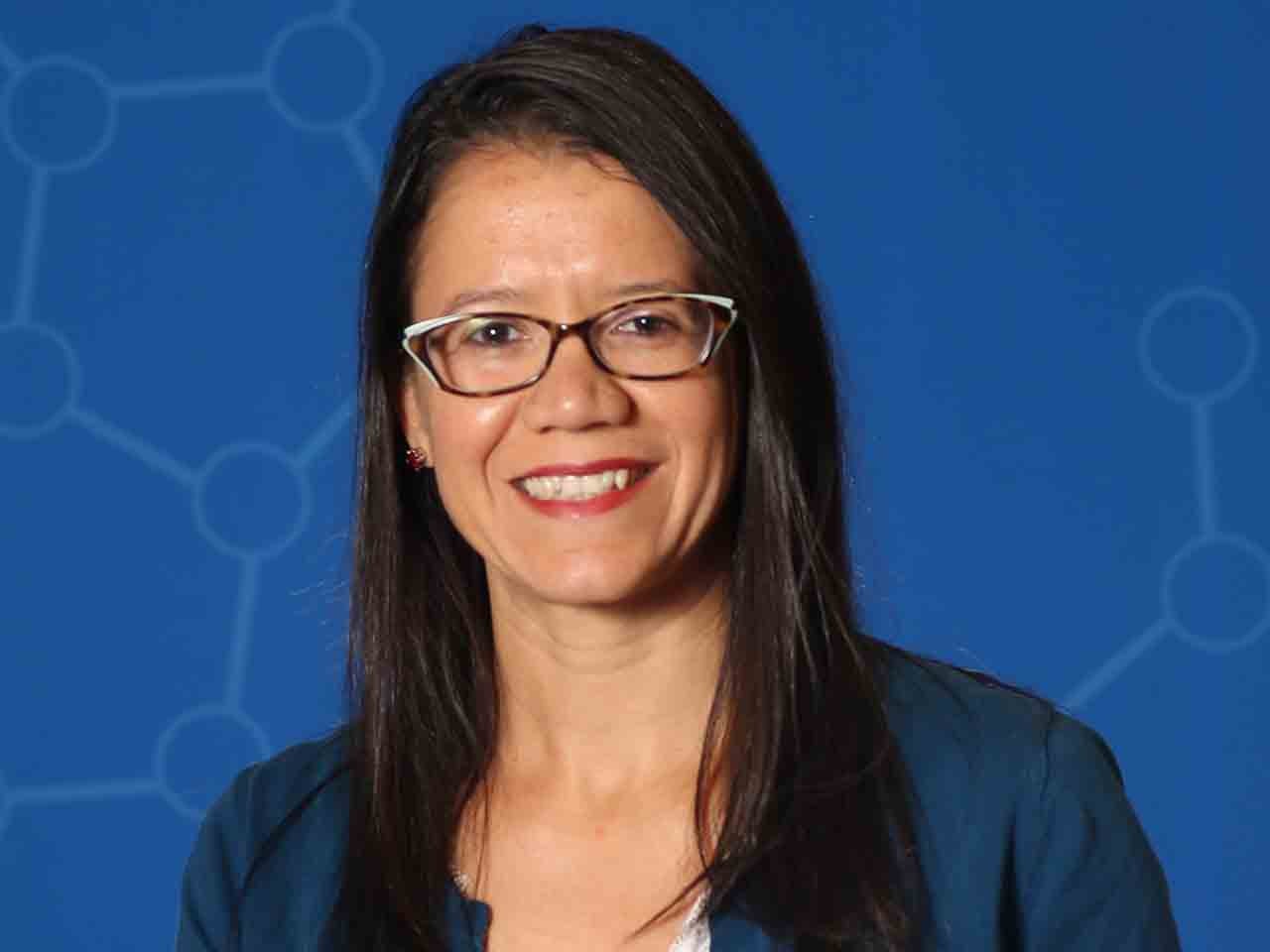