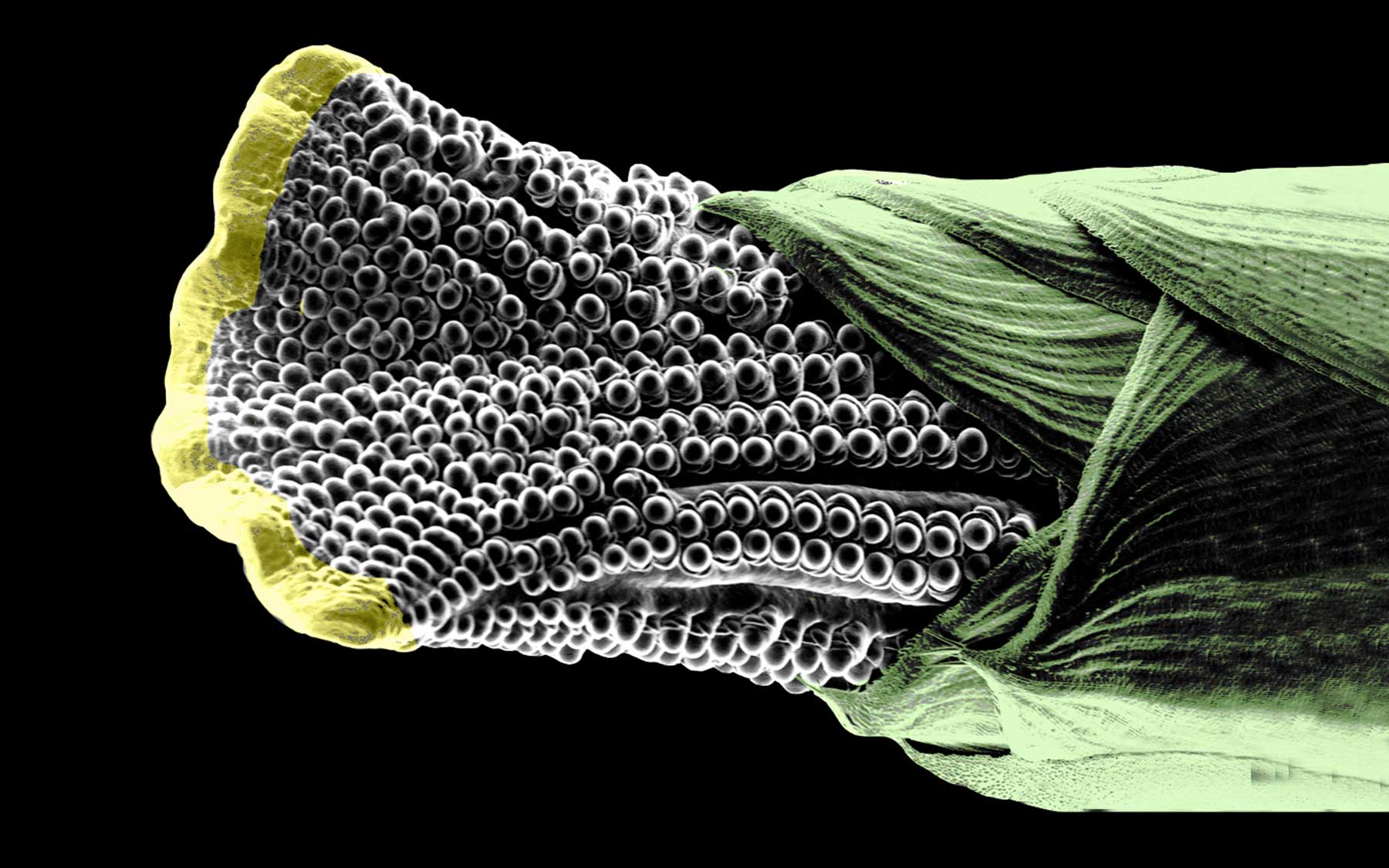 Clues about how to harness genetics to boost yield

You’re looking at an ear of corn, recently cut from the side of a five-foot-high maize plant (as corn is called nearly everywhere but in America). The ear, which we view through an electron microscope, is tiny, about a quarter of an inch in length and only just beginning to grow. Importantly, it’s a mutant, and therefore just the kind of ear that Professor David Jackson and his lab love to study. For in mutants lay secrets of growth; and, as Jackson points out, in these secrets are clues about how to improve plants to adapt to a changing climate, or, as in the case of this mutant, clues about how to harness genetics to boost yield. The latter is critical as our planet’s population continues its climb toward an expected 9 billion by 2050.

A mutated gene called COMPACT PLANT2 (CT2) renders this fruit of the maize plant flattened in shape, a phenomenon called fasciation. The husk, tinted green, has been pulled back to expose the developing, misshapen ear and its growing tip, tinted yellow, called the meristem. Normally conical in shape, the meristem, or stem-cell reservoir of the growing ear, is abnormally elongated. The bumplike baby kernels form a profusion of irregular, non-parallel rows, unlike the kernels of the prized varieties we eat, with their military-straight rows of succulent kernels.

In one recent experiment, the team demonstrated the significance of this ear’s irregularity. Its genetic defect has caused stem cells in the meristem to proliferate abnormally. More seeds can mean greater yield; but here the process has spun out of control. In related research also published in 2013, Jackson and his former postdoctoral colleague Dr. Peter Bommert described another maize gene, FASCIATED EAR 2 (FEA2), important in sending growth signals to the meristem. By making a weak version of FEA2, they created maize plants with significantly more kernels per ear. Happily, they were not fasciated or otherwise misshapen. The results could be even better when crosses are made with high-yielding commercial varieties.