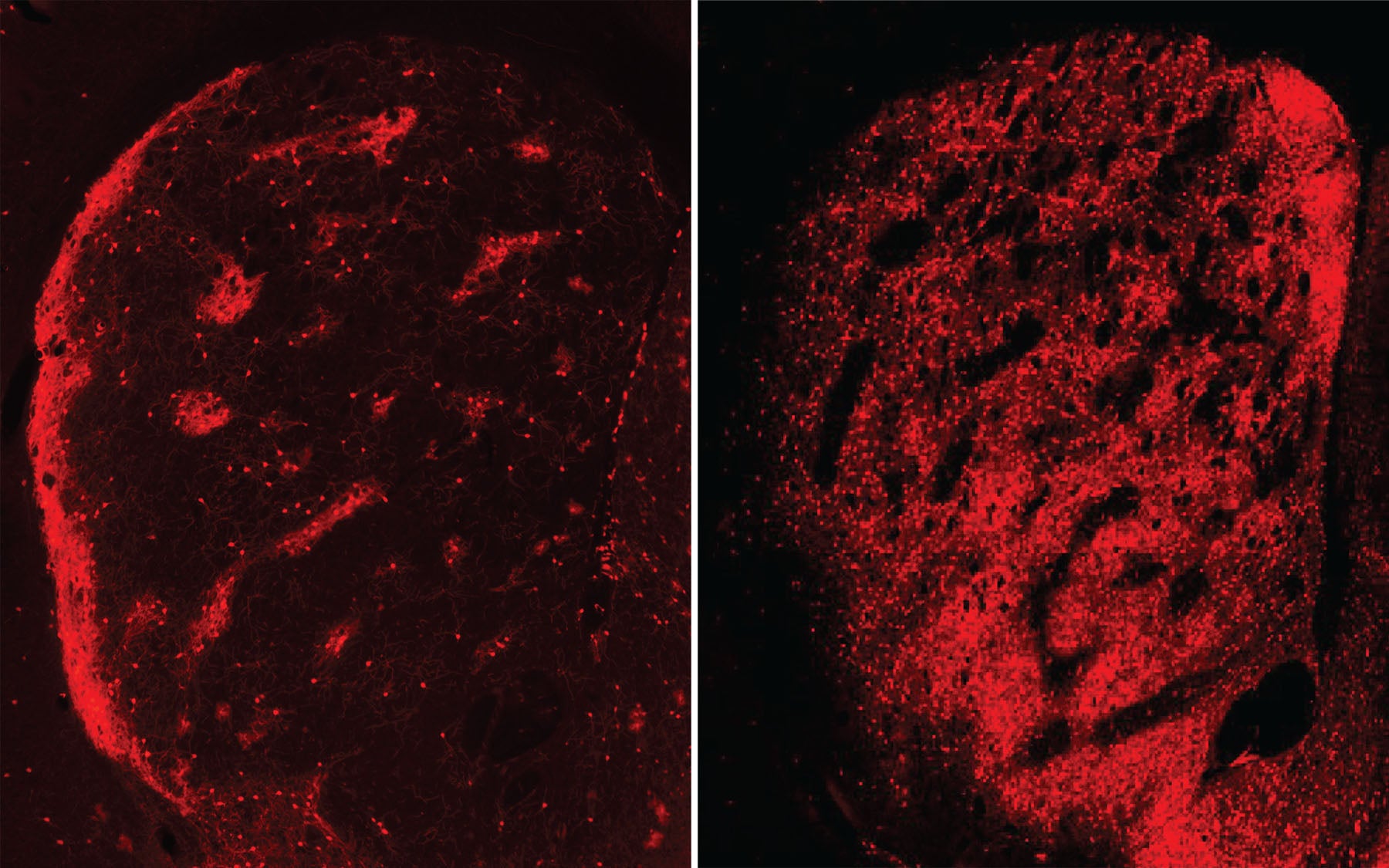 We think of ourselves as unique individuals, yet developmental biology reveals what all of us must have in common before our experiences even begin to differentiate us. Cold Spring Harbor Laboratory Professor Josh Huang and his team show in these images how a program that has evolved over eons and is imprinted in genes unfurls with uncanny precision to build a portion of the mammalian brain—here, the mouse brain, which is very similar to the human brain.

These images are from a series of experiments in which Huang, former M.D./Ph.D. student Sean Kelly and colleagues discovered how genes orchestrate the building of the striatum—a key structure in the midbrain that enables us to evaluate information and then use it to guide actions. Malfunctions in the striatum and other parts of the human brain’s basal ganglia (of which it forms the largest part) underlie Parkinson’s disease. Anomalies in the striatum’s emergence may contribute to developmental illnesses like schizophrenia and autism.

Using an approach called genetic fate-mapping, the team reveals emerging islands of red-labeled neurons (left image), which are born around the 11th day of embryonic development. They self-assemble to form structural compartments called striosomes. On the 15th day, a parallel but functionally separate compartment within the emerging striatum, called the matrix, reaches the high point of its emergence. We see the result in the image on the right—vast areas populated with neurons ablaze with red fluorescence. The already formed striosomes, not tagged in this image, appear black.

These two portions of the striatum, the striosomes and matrix, perform its two main, yet separate, functions: respectively, the evaluation of information and the selection of how to act. The new research reveals that they are generated by the same progenitor cells in the embryonic brain, called radial glial cells. “Seeing how key brain structures are built,” says Huang, “offers a kind of insight into function—and malfunction in disease—that is simply not possible by reverse-engineering an already mature brain.”