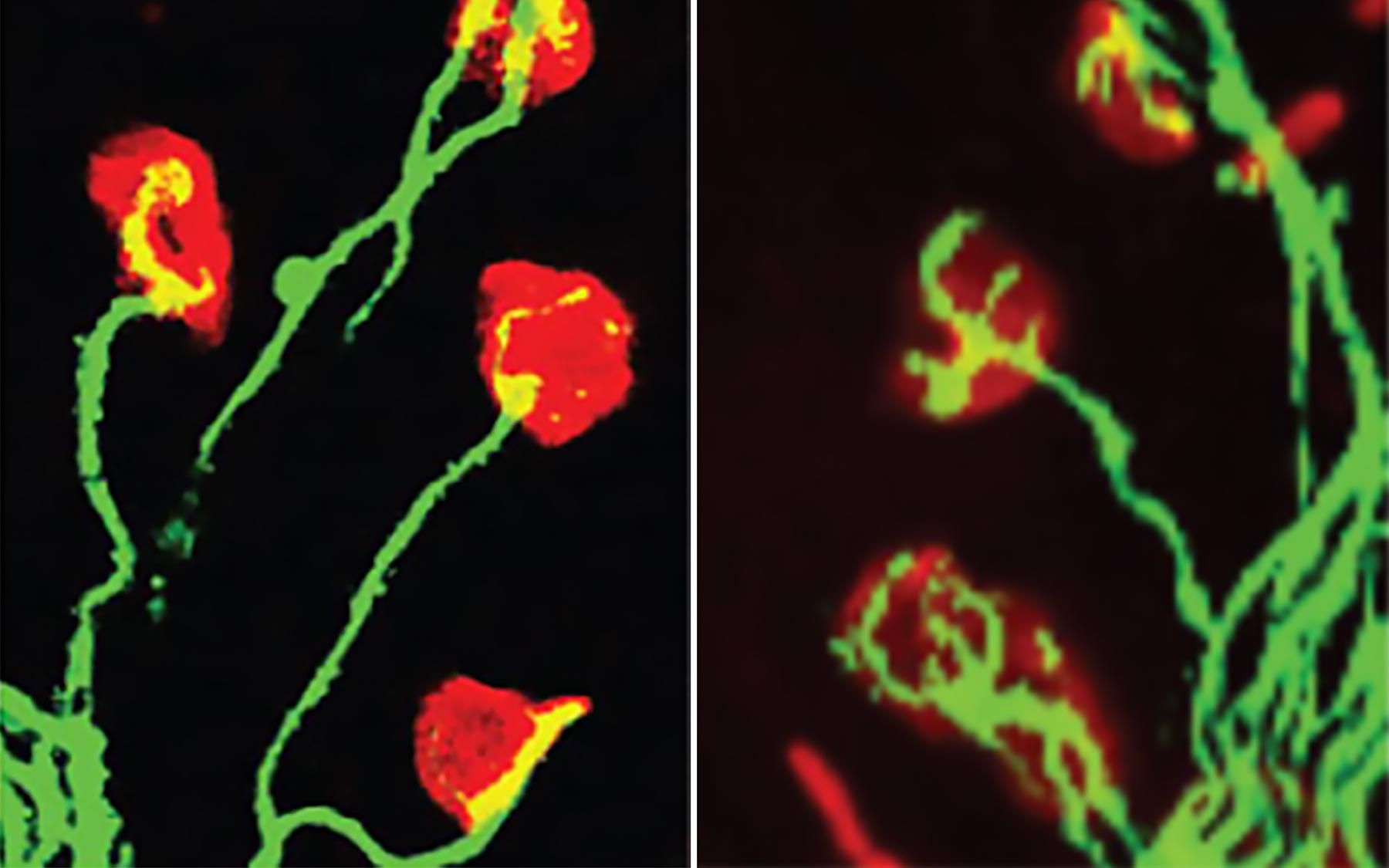 Think of this pair of images as the scientific equivalent of an exclamation point. Here is proof positive of an idea first advanced in 2003 by CSHL Professor Adrian Krainer and colleagues. In a paper entitled “Correction of disease-associated exon skipping,” they suggested a way to make a drug to treat spinal muscular atrophy. A neuromuscular disease, SMA is the leading genetic cause of infant death. But hopefully for not much longer.

Caused by the failure of a gene called “survival of motor neuron 1” (SMN1), the illness results from the lack of a protein—called SMN—that developing motor neurons need to thrive. A backup gene called SMN2 is of limited help to patients lacking SMN1, owing to a mutation that limits the amount of functional SMN protein it can generate. At the root of this error is the way the SMN2 gene’s RNA—its template for making a protein—gets spliced, or edited, before being dispatched to cellular protein factories called ribosomes.

Krainer has spent his 30-year career at CSHL meticulously assembling a picture of how splicing works and how it goes awry in diseases like SMA. From 2003, when these images were published, through 2011, his lab tested hundreds of tiny molecules called antisense oligonucleotides (ASOs), designed to fix the SMN2 splicing error. On the left, in a mouse genetically engineered to have severe SMA pathology, we see neuromuscular junctions—where motor neurons plug into muscle fibers. Note the reduced “arborization” in the axon terminals (green) at the endplates (red) where the axons form synapses with the muscle fibers. On the right, a triumph: a view of how such pathology is corrected at junctions in mice modeling severe SMA after being treated with an ASO drug called nusinersen that was developed by Krainer’s team in collaboration with Ionis Pharmaceuticals.