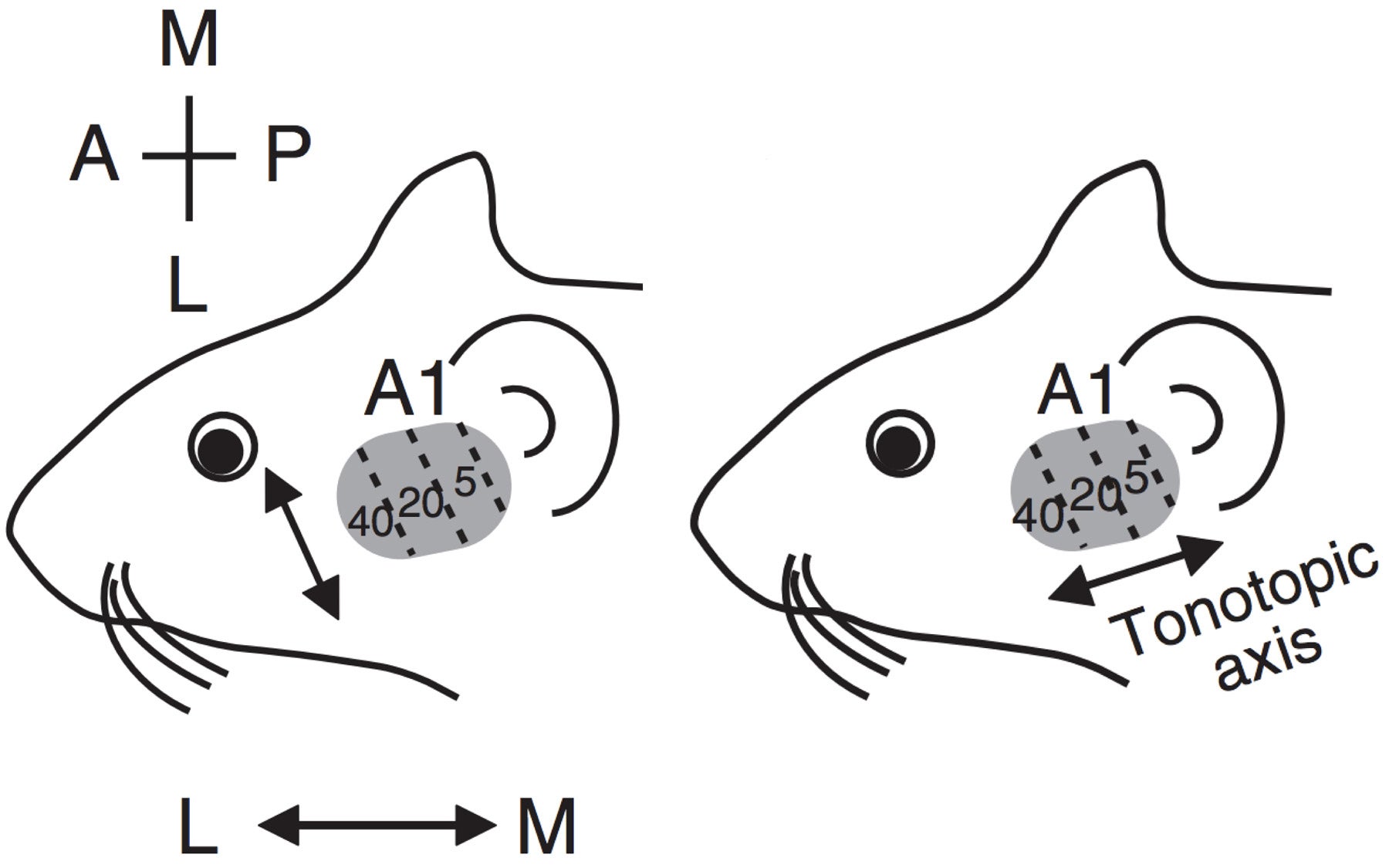 Cold Spring Harbor, NY — Just as we visually map a room by spatially identifying the objects in it, we map our aural world based on the frequencies of sounds. The neurons within the brain’s “hearing center”—the auditory cortex—are organized into modules that each respond to sounds within a specific frequency band. But how responses actually emanate from this complex network of neurons is still a mystery.

A team of scientists led by Anthony Zador, M.D., Ph.D., Professor and Chair of the Neuroscience program at Cold Spring Harbor Laboratory (CSHL) has come a step closer to unraveling this puzzle. The scientists probed how the functional connectivity among the neurons within the auditory cortex gives rise to a “map” of acoustic space. “What we learned from this approach has put us in a position to investigate and understand how sound responsiveness arises from the underlying circuitry of the auditory cortex,” says Zador. His team’s findings appear online on October 17th in Nature Neuroscience.

Neuronal organization within the auditory cortex fundamentally differs from the organization within brain regions that process sensory inputs such as sight and sensation. For instance, the relative spatial arrangement of light receptors in the retina (the eyes’ light-sensitive inner surface) is directly represented as a two-dimensional “retinotopic” map in the brain’s visual cortex.

In the auditory system, however, the organization of sound receptors in the cochlea—the snail-like structure in the ear—is one-dimensional. Cochlear receptors near the outer edge recognize low-frequency sounds whereas those near the inside of the cochlea are tuned to higher frequencies. This low-to-high ‘tonotopy’ is preserved along one dimension in the auditory cortex, with neurons tuned to high and low frequencies arranged in a head-to-tail gradient.

“Because sound is intrinsically a one-dimensional signal, unlike signals for other senses such as sight and sensation which are intrinsically two-dimensional, the map of sound in the auditory cortex is also intrinsically one-dimensional,” explains Zador. “This means that there is a functional difference in the cortical map between the low-to-high direction and the direction perpendicular to it. However, no one has been able to understand how that difference arises from the underlying neuronal circuitry.”

To precisely stimulate a single neuron within a slice and record from it, Oviedo and Zador, working in collaboration with former CSHL scientists Karel Svoboda and Ingrid Bureau, used a powerful tool called laser-scanning photostimulation. This method allows the construction of a detailed, high-resolution picture that revealed the position, strength and the number of inputs converging on a single neuron within a slice.

“If you did this experiment in the visual cortex, you would see that the connectivity is the same regardless of which way you cut the slice,” explains Oviedo. “But in our experiments in the auditory cortex slices, we found that there was a qualitative difference in the connectivity between slices cut along the tonotopic axis vs. those cut perpendicular to it.”

There was an even more striking divergence from the visual cortex—and presumably the other cortical regions. As demonstrated by a Nobel Prize-winning discovery in 1962, in the visual cortex, the neurons that share the same input source (or respond to the same signal) are organized into columns. As Oviedo puts it, “all neurons within a column in the vertical cortex are tuned to the same position in space and are more likely to communicate with other neurons from within the same column.”

Analogously, in the auditory cortex, neurons within a column are expected to be tuned to the same frequency. So the scientists were especially surprised to find that for a given neuron in this region, the dominant input signal didn’t come from within its column but from outside it.

“It comes from neurons that we think are tuned to higher frequencies,” elaborates Zador. “This is the first example of the neuronal organizing principle not following the columnar pattern, but rather an out-of-column pattern.” Discovering this unexpected, out-of-column source of information for a neuron in the auditory complex adds a new twist to their research, which is focused on understanding auditory function in terms of the underlying circuitry and how this is altered in disorders such as autism.

“With this study, we’ve moved beyond having only a conceptual notion of the functional difference between the two axes by actually finding correlates for this difference at the level of the neuronal microcircuits in this region,” he explains.

“The functional asymmetry of auditory cortex is reflected in the organization of local cortical circuits,” appeared online ahead of print in Nature Neuroscience on October 17th. The full citation is: Hysell V. Oviedo, Ingrid Bureau, Karel Svoboda and Anthony M. Zador. The paper is available online at http://www.nature.com/neuro/journal/vaop/ncurrent/full/nn.2659.html.