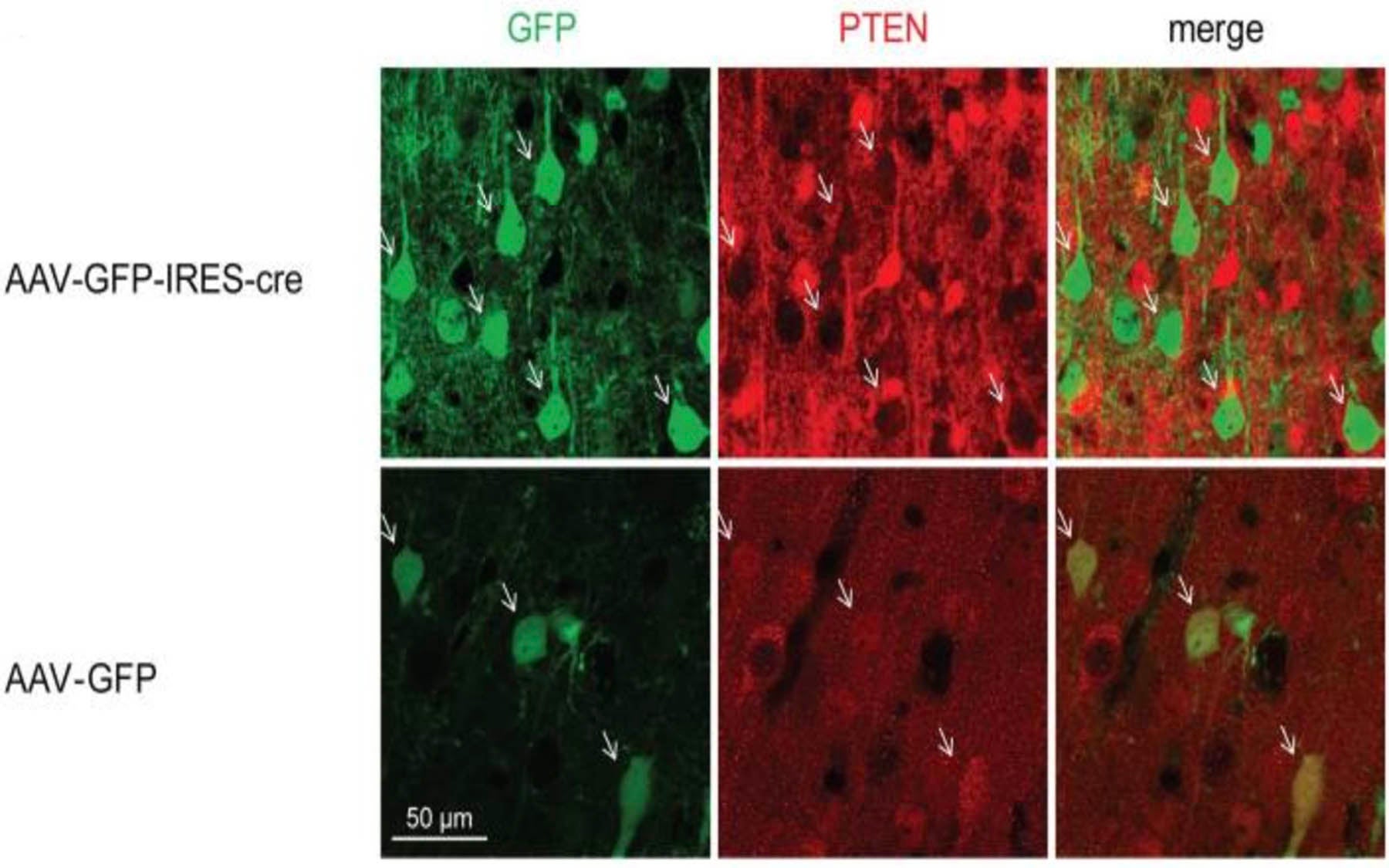 The study has found that when a suspected autism gene called PTEN is deleted from auditory cortical neurons—the main workhorses of the brain’s sound-processing center—the signals that these neurons receive from local as well as long-distance sources are strengthened beyond normal levels. These effects, the study shows, can be blocked by a drug currently in use as an immunosuppressant.

“It’s long been hypothesized that autism spectrum disorders (ASDs) arise from a partial disruption of long-range connections in the brain during development,” explains Professor Tony Zador, who led the study. “Our finding that PTEN-deficient neurons receive stronger inputs suggests that one way this disruption can be caused is by signal enhancement.” His team’s work appears in the Journal of Neuroscience on February 1.

Although ASDs could arise from mutations in any of dozens of candidate genes, a core triad of symptoms defines all cases: impaired language, impaired social interaction, and restricted and repetitive behaviors. “The challenge, therefore, has been to understand how this diverse set of candidate genes and the pathways they control converge to cause the common signature of ASDs,” Zador says.

The auditory cortex, which plays a critical role in auditory attention and perception, forms functional connections with other sensory cortices and critical brain areas. The neural network within the auditory cortex has therefore been a target of studies aimed at understanding how alterations in neural circuits contribute to dysfunction in ASDs.

Zador’s team focused for several reasons on the role of one suspected autism candidate gene, PTEN, on circuit alterations within the auditory cortex. Well known for its role as an anti-cancer gene that powers down cell growth, proliferation and survival, this gene has also been linked to ASDs by a slew of studies in humans and mice. PTEN mutations have been found in autistic individuals with extreme macroencephaly—an increase in brain volume. PTEN loss in mice has been found to boost cell size and the number of neuronal connections in the brain.

The rapid and robust increase in the strength of both long-range and local inputs observed following PTEN loss could possibly be explained by an increase that the scientists observed in the length and density of dendritic spines—the tiny, knob-like structures jutting out of a neuron that act like signal-receiving antennae.

These effects could be blocked, however, by chemically negating the effect of PTEN loss. One of the pathways regulated by the PTEN protein involves shutting down an intracellular enzyme called mTORC1, which promotes cell growth, among other things. Zador’s group found that treating the PTEN-deficient mice for 10 days with the mTORC1-inhibitor rapamycin prevented an increase in dendritic spine number and signal strength.

While Zador is excited about this finding that suggests that “mTORC1 could be a good therapeutic target for some cases of PTEN-mediated brain disorders,” he is also keen to further pursue his team’s new evidence that cortical hyperconnectivity could be the “final pathway” by which diverse ASD genetic pathways lead to a single ASD phenotype. “Using cortical connectivity as a paradigm for assessing ASD candidate genes could provide insights into the mechanisms of the disorders and perhaps even give us clues to formulate new therapeutic strategies,” he states.

This work was supported by grants from the National Institutes of Health and Autism Speaks.

“PTEN regulation of local and long-range connections in mouse auditory cortex” appears in the Journal of Neuroscience on February 1. The full citation: Qiaojie Xiong, Hysell V. Oviedo, Lloyd C. Trotman, and Anthony M. Zador. The paper can be downloaded at http://www.jneurosci.org/ using the doi: 10.1523/JNEUROSCI.4480-11.2012