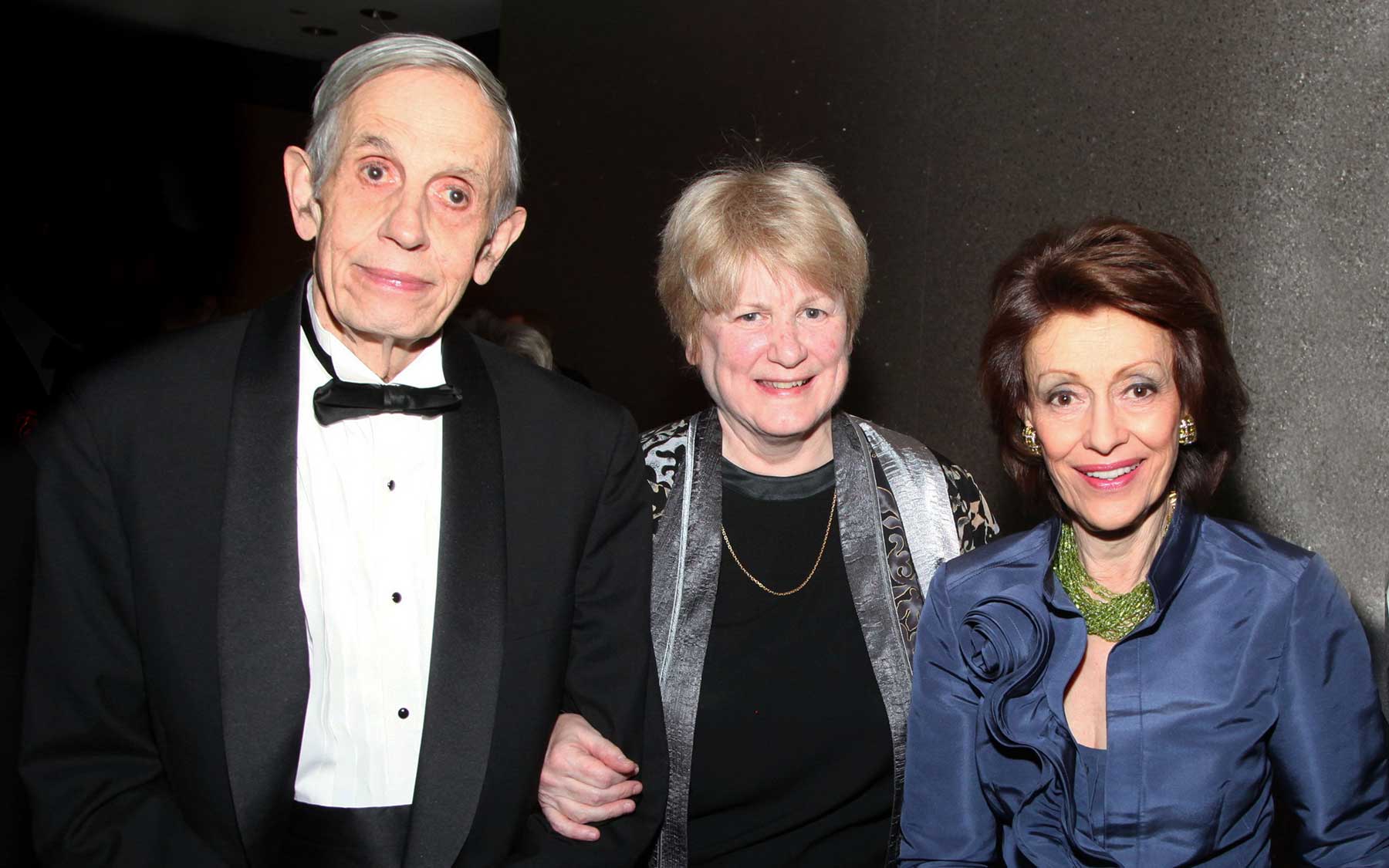 “These extraordinary people have transformed the way doctors, patients and society at large approach genetic diseases such as breast cancer and schizophrenia,” said CSHL President Bruce Stillman. “The achievements of Evelyn Lauder, Mary-Claire King and John Nash are proof positive that scientific knowledge has the power to change the world for the better.”

Evelyn H. Lauder was honored for her commitment to breast cancer awareness and research, which has inspired a worldwide movement providing support to patients and researchers in search of a cure. Mrs. Lauder, who is Senior Corporate Vice President and Head of Fragrance Development Worldwide for The Estée Lauder Companies, co-created the Pink Ribbon with SELF magazine in 1992 in order to raise awareness of breast cancer. She is also Chairman of The Breast Cancer Research Foundation (BCRF), which she founded in 1993. The BCRF has become the largest national organization dedicated to funding research relating to the causes, treatment and possible prevention of breast cancer. To date, BCRF has raised more than $300 million and currently supports 172 researchers worldwide, including CSHL’s Dr. Michael Wigler.

Mary-Claire King, Ph.D., was the first to prove that breast cancer is inherited in some families. Dr. King’s discovery of the BRCA1 gene’s role in breast cancer led to the development of genetic testing for breast and ovarian cancer risk, and has shed light on genetic and environmental factors influencing schizophrenia, HIV-disease and deafness. She also pioneered the use of DNA sequencing for human rights investigations, developing the approach of sequencing mitochondrial DNA preserved in human remains, then applying this method to the identification of kidnapped children in Argentina and subsequently to cases of human rights violations on six continents. Dr. King is American Cancer Society Professor in the Department of Medicine and the Department of Genome Sciences at the University of Washington in Seattle.

Nobel laureate John F. Nash, Jr., Ph.D., not only re-oriented the world of economics with the Nash Equilibrium, but his own experiences with schizophrenia have changed public perceptions of mental illness. He is the subject of the film “A Beautiful Mind”, which is loosely based on his life as a rising mathematical genius who overcomes years of struggle with paranoid schizophrenia. Dr. Nash has used his influence as a public role model to become an active advocate for mental health issues—lobbying Congress and government officials to protect the community mental health programs that allow people who struggle with mental illness to live outside of hospitals and help them lead more independent and productive lives. His theories are used in market economics, computing, evolutionary biology, artificial intelligence, accounting and military theory. Dr. Nash continues today to redefine mathematics at Princeton University.

How to build more trust in science

Some of the world’s leading custodians of scientific research integrity met at CSHL’s Banbury Center to find out new ways to build trust in science.   Read more »