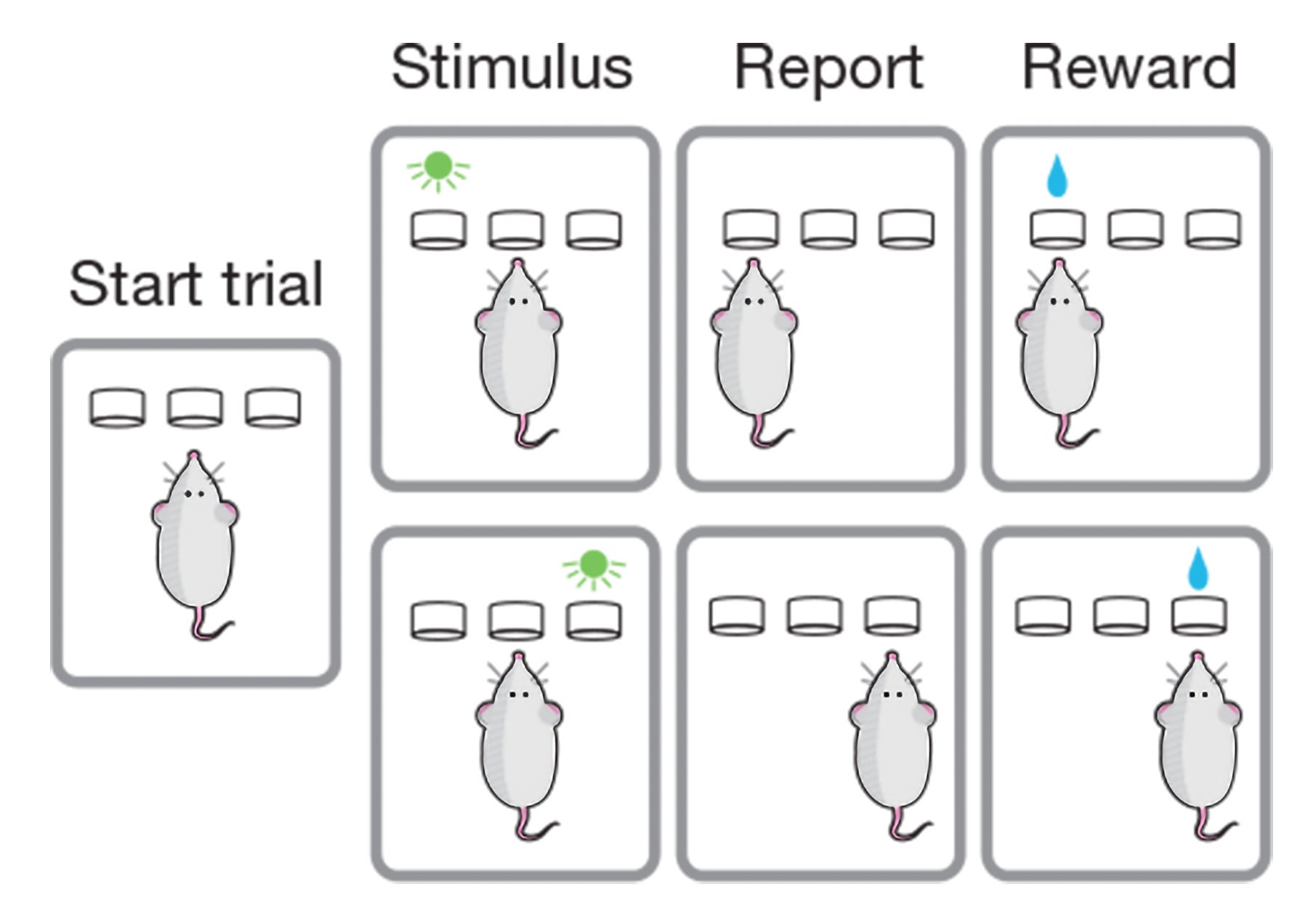 Zador’s team trained rats to associate specific tones with a reward. Changes in the tone signaled the animal to look for a reward either on the left or right side of a training box. The team later deciphered the neural code with which the animals encoded memories of these decisions. Even after the animals had died, the scientists could 'read the minds of these rats.'
email envelop icontwitter icon share buttonfacebook icon share buttonlinkedin icon share button

Cold Spring Harbor, NY — It sounds like the stuff of science fiction: researchers slice a brain into thin little sections and, just by measuring the properties of specific neurons, they can determine what an organism learned before it died. In fact, this sort of mind reading has become a reality. In work published today in Nature, researchers at Cold Spring Harbor Laboratory (CSHL) describe how postmortem brain slices can be “read” to determine how a rat was trained to behave in response to specific sounds. The work provides one of the first examples of how changes in the activity of individual neurons encode learning and memory in the brain.

Researchers have long hypothesized that changes in neuronal activity are responsible for our ability to make decisions, remember things, and learn. “Neuroscientists have previously identified brain areas involved in learning something,” says CSHL Professor Anthony Zador, who led the team of researchers on this current work. “But we wanted to drill down further and identify how changes at specific connections encode a particular behavioral response.”

To do this, the team focused on how rats translate sound cues into behavior. The researchers trained rats to associate a specific tone with a reward. Changes in the tone—like the difference between a tuba and a flute—signaled the animal to look for the reward either on the left or right side of a training box.

In previous work, the team discovered that activity in specific population of neurons was crucial for animals to perform the task. This neuronal population transmitted information from one auditory brain region (the auditory cortex) to another (the auditory striatum).

In the current work, the team measured the strength of the connections between these two populations of neurons, as animals learned the task. “We found that there was a gradient in activity across the auditory striatum that corresponded to whether the animal was trained to go left or right for their reward.” explains Zador.

Based upon this information, the team reasoned that they might be able to use postmortem brain slices to “predict” (obviously, in retrospect) how these or other rats had been trained. As Zador describes, “We were amazed that in all cases, our predictions—left or right—were correct. We had deciphered a tiny piece of the neural code with which the animal encoded these memories. In essence, we could read the minds of these rats.”

“For decades scientists have been trying to map memories in the brain,” said James Gnadt, Ph.D., a program director at the NIH’s National Institute of Neurological Disorders and Stroke (NINDS). “This study shows that scientists can precisely pinpoint the synapses where certain memories are expressed.”

According to Zador, the results are likely to be broadly applicable to other senses and parts of the brain. “We are excited to apply this method to more complex forms of learning, and to other sensory systems, like vision.”

This work was supported by grants from the US National Institutes of Health and the Swartz Foundation.

“Selective corticostriatal plasticity during acquisition of an auditory discrimination task” appears online in Nature on March 2, 2015. The authors are: Qiaojie Xiong, Petr Znamenskiy, and Anthony Zador. The paper can be obtained online at: http://dx.doi.org/10.1038/nature14225