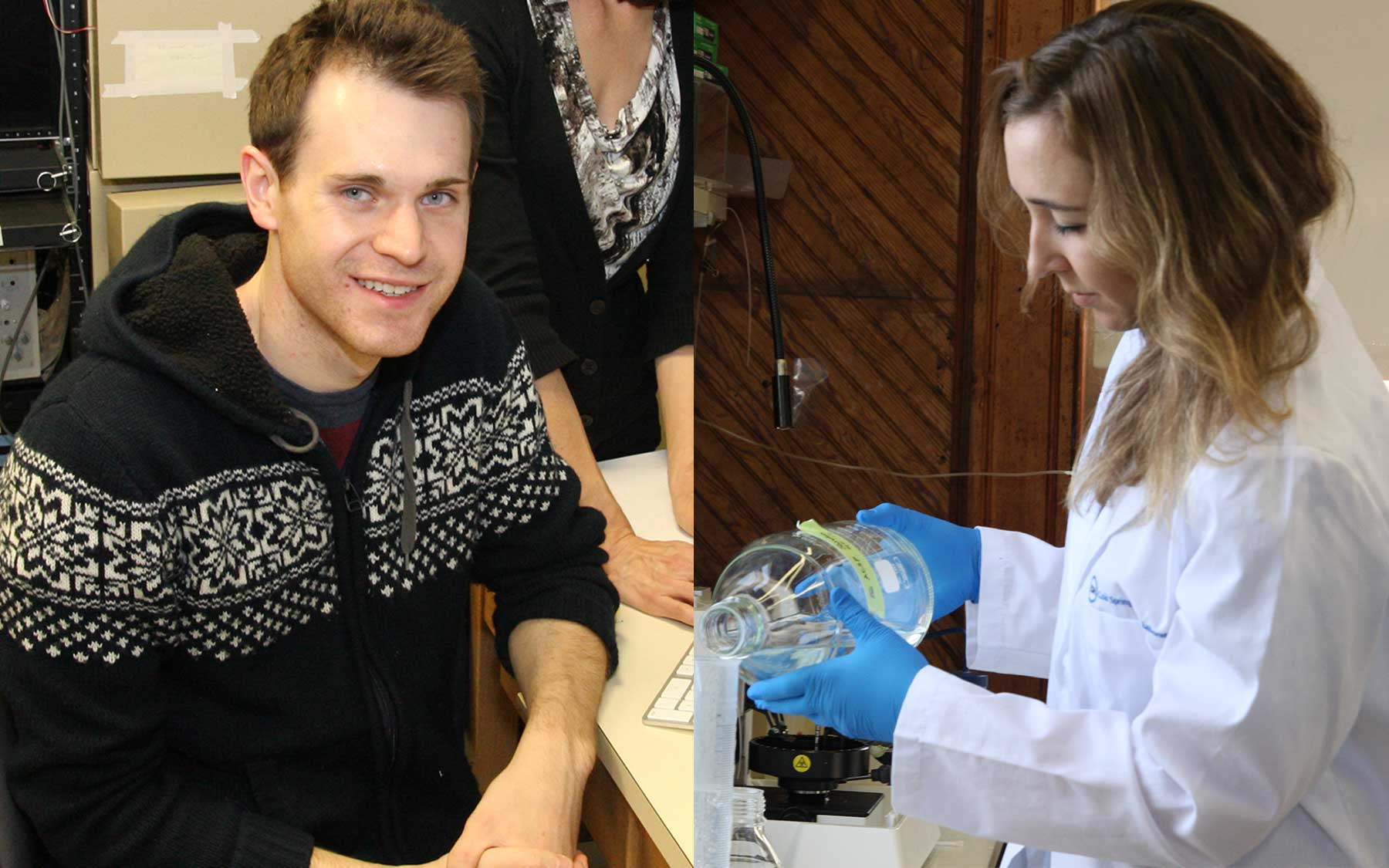 Kristen Delevich and John Sheppard, students in the Ph.D. program at the Watson School of Biological Sciences (WSBS), give us the lowdown on several hot research projects now ongoing at the Laboratory, details of which were presented by their colleagues at the recent Graduate School Symposium (GSS)

Three times a year the students of Cold Spring Harbor laboratory come together to share their latest findings with their peers. At the most recent Graduate School Symposium (GSS), held on January 23rd, nearly 20 graduate students from the CSHL’s Watson School of Biological Sciences and Stony Brook University programs gave short talks detailing their ongoing research.

The variety of topics discussed reflects the diversity of the research happening at Cold Spring Harbor Laboratory. More than giving students the chance to practice their public speaking skills, the symposium is an opportunity to get feedback from fellow grad students and to spark new collaborations.

Traditional methods for mapping portions of the “connectome”—the myriad connections between the cells of the brain—have involved visualizing tissues at the microscopic level using electron microscopy.  These are expensive and require laborious preparation.

New technologies for sequencing the genomes of humans, animals and plants have inspired Ian Peikon and colleagues Hassana Oyibo, Justus Kebschull and Huiqing Zhan in the Zador laboratory to use them to solve the challenge of mapping the connectome.

Their approach, Peikon explained, capitalizes on the same technology used to deduce the DNA “letters,” or base pairs, in genomes. In this application they generate short, unique sequences of DNA called barcodes, each of which specifies the identity of an individual neuron.

To accomplish this, the team first infects neurons with an engineered virus that allows each cell to express its own unique genetic identifier, i.e. its own barcode. Once present in an infected neuron, the barcode identifier can travel to neighboring neurons that the infected neuron shares connections with.

The barcodes are designed to fuse together so that an “invading” barcode received from the host cell will join with a barcode native to the cell it just entered. This produces new barcodes unique to the two connected cells.

It’s very likely that each cell will have more than one connecting “partner” cell. Thus each cell will accumulate a unique collection of barcodes representing all the cells it is connected to.

The full connectome of the neural specimen being studied is determined by using DNA sequencing to identify all of the neurons whose barcode tags were found paired together.

As proof of principle, Peikon has begun by demonstrating the technique in plates of cultured cells, but believes the technique will eventually be scalable for use in complex animals, such as worms or even mice!

Also presenting at the Symposium was Stephane Castel, a graduate student in the Martienssen laboratory who is studying how yeast cells replicate their genetic material when undergoing cell division. In particular he is looking at the role that RNA interference (RNAi) plays in this process.

RNAi is characterized by the generation of short pieces of RNA, about 21-30 base- pairs in length, which act to regulate genes that carry a complimentary DNA sequence. CSHL has been home to several seminal discoveries concerning the mechanisms underlying RNAi and the functions it plays in health and disease across diverse species, including humans.

Traditionally, it was thought that RNAi primarily served as a mechanism for cells to silence the expression of harmful or unwanted genes by blocking their translation into proteins. However, Castel and colleagues in the Martienssen lab have found that it is also essential for cells to successfully replicate their DNA.

Lisa Krug of the Dubnau laboratory presented work that underlined the importance of RNAi in human disease. The experiments she described linked disruption in RNAi processes normally required for transposon silencing within the brain to early-onset memory loss in fruit flies.

Originally discovered at CSHL by Barbara McClintock in the 1940s, transposons are among the chief genetic elements regulated by RNAi.

While transposon expression is normally blocked in healthy cells, changes in the proteins involved in RNAi gene regulation may allow them to proliferate. For instance, accumulation of transposons in patients has been linked to Lou Gehrig’s disease, also known as Amyotrophic lateral sclerosis (ALS), a devastating neurodegenerative disease that currently affects 30,000 individuals in the U.S. alone.

The research by Krug and others in the Dubnau laboratory suggests how aspects of ALS and frontotemporal dementia, such as decline in brain function, could be linked to underlying disruptions in transposon regulation within the brain.

The hope is that this will open the door for novel clinical approaches.