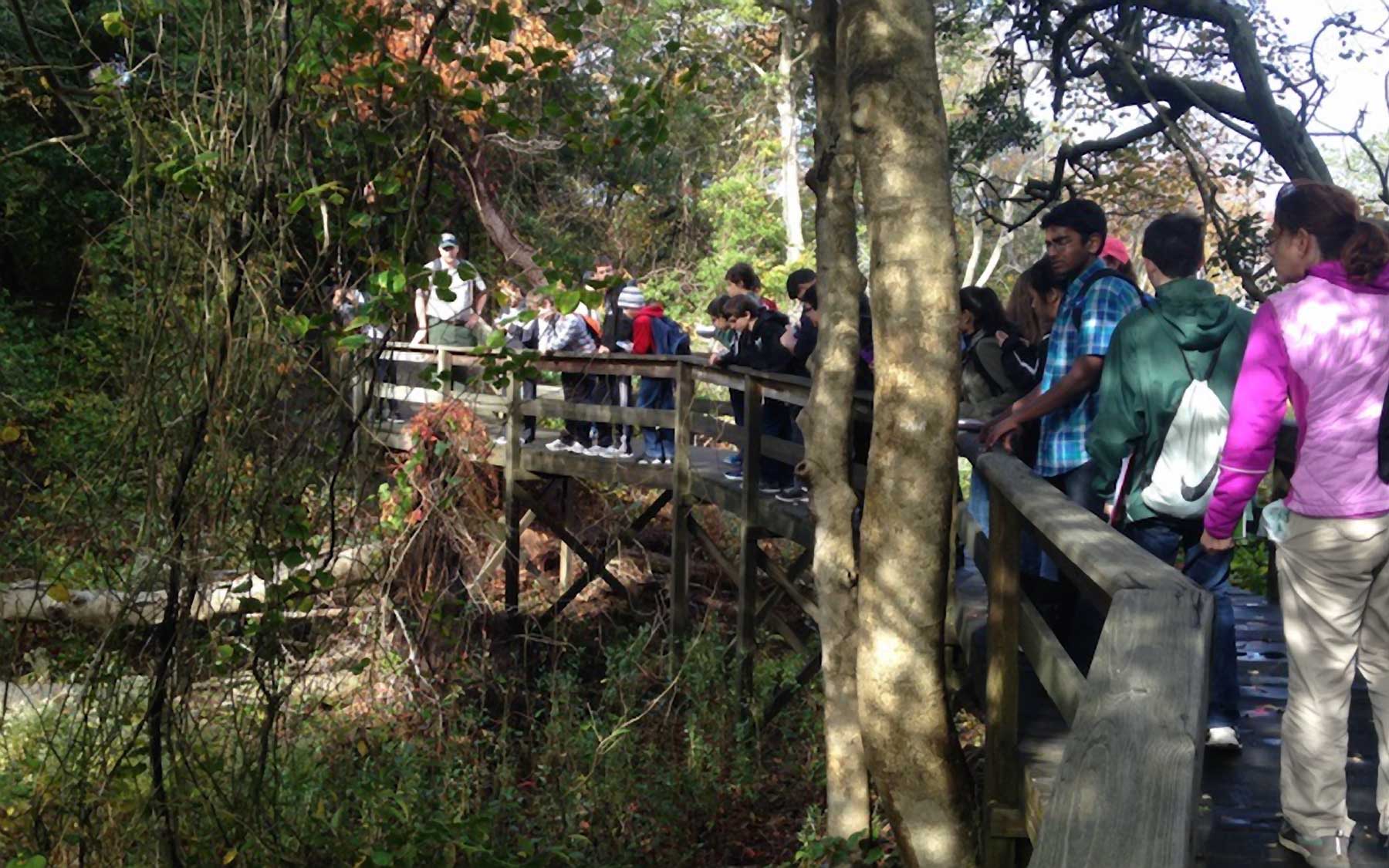 Many students who start out as STEM majors in college end up leaving STEM. But the students who presented their research projects at the DNA Learning Center’s Urban Barcode Project and Barcode Long Island symposia seemed ready to face the challenges of a career in science.

Revealing the jungle of critters found on students’ hands is a classic way for biology teachers to generate enthusiasm. You just touch a Petri dish with your microbe-covered fingers, wait a few days, and poof! Exciting results.

Science is rarely that easy in the lab, however, as students participating in Barcode Long Island and the Urban Barcode Project—science competitions that the DNA Learning Center hosted in June—learned firsthand.

For many students, charmed by the gee-whiz “experiments” of grade school, that Petri dish full of scientific wonder gets shattered by the challenges of college science coursework. But as these student scientists presented the results of their own scientific investigations, it was clear they understood that real science is not as simple as pressing a hand to a Petri dish—it’s more like meticulously piecing together tiny fragments of broken glass.

To participate in the competition, each group of students, who come from high schools across New York City and Long Island, chose their own scientific question to explore through a technique called DNA barcoding. Much like different items in a store are labeled with a unique pattern of lines that make up a printed barcode, different organisms have unique patterns in their DNA that can be used as a genetic “barcode.” By comparing the DNA barcodes found in their samples with already-defined DNA barcodes available in online databases, students can accurately identify organisms they’re interested in studying.

MyLITV report from the 2016 Barcode Long Island Symposium at CSHL

With DNA barcoding, high school seniors Sydney Lyncook and Tanjil Uddin realized that they had the power to show whether the manufacturers of “probiotic” dietary supplements are deceiving consumers, a problem that they care about. To Lyncook, learning that probiotics aren’t regulated by the Food and Drug Administration was “troubling,” so she and her partner set out to verify the contents on probiotics capsules themselves.

They hit quite a few bumps along the way, as did virtually every group that participated in the competitions, with projects ranging from identifying microscopic organisms in New York City waterways (info that’s used in drowning investigations) to surveying biodiversity at a local nature preserve. For some, the challenge was getting sophisticated molecular biology techniques to work properly. For others the challenge was as straightforward as overcoming their fear of insects. Yet the typical reaction seemed to be not one of discouragement but of optimism about pursuing science in a future career.

Nearly a third of college students who start out majoring in a science, technology, engineering, or math (STEM) field end up transferring out of STEM by graduation, according to a 2015 study by RTI International. According to the study, it was the intensity of STEM coursework that most often drove students away. Which raises the question: what is it about the intense, difficult science projects sponsored by the DNALC that makes students want to stick with science?

Evidence points to the fact that these young DNA barcoders got to pursue their own scientific questions as a factor that really makes a difference. The Vision and Change in Undergraduate Biology Education movement advocated by the American Association for the Advancement of Science, the National Science Foundation, and other undergraduate education stakeholders emphasizes that biology courses should be “active, outcome-oriented, inquiry-driven, and relevant.” While most studies on the subject tend to focus on undergraduate education, it seems plausible that the same concepts apply in the years leading up to college. 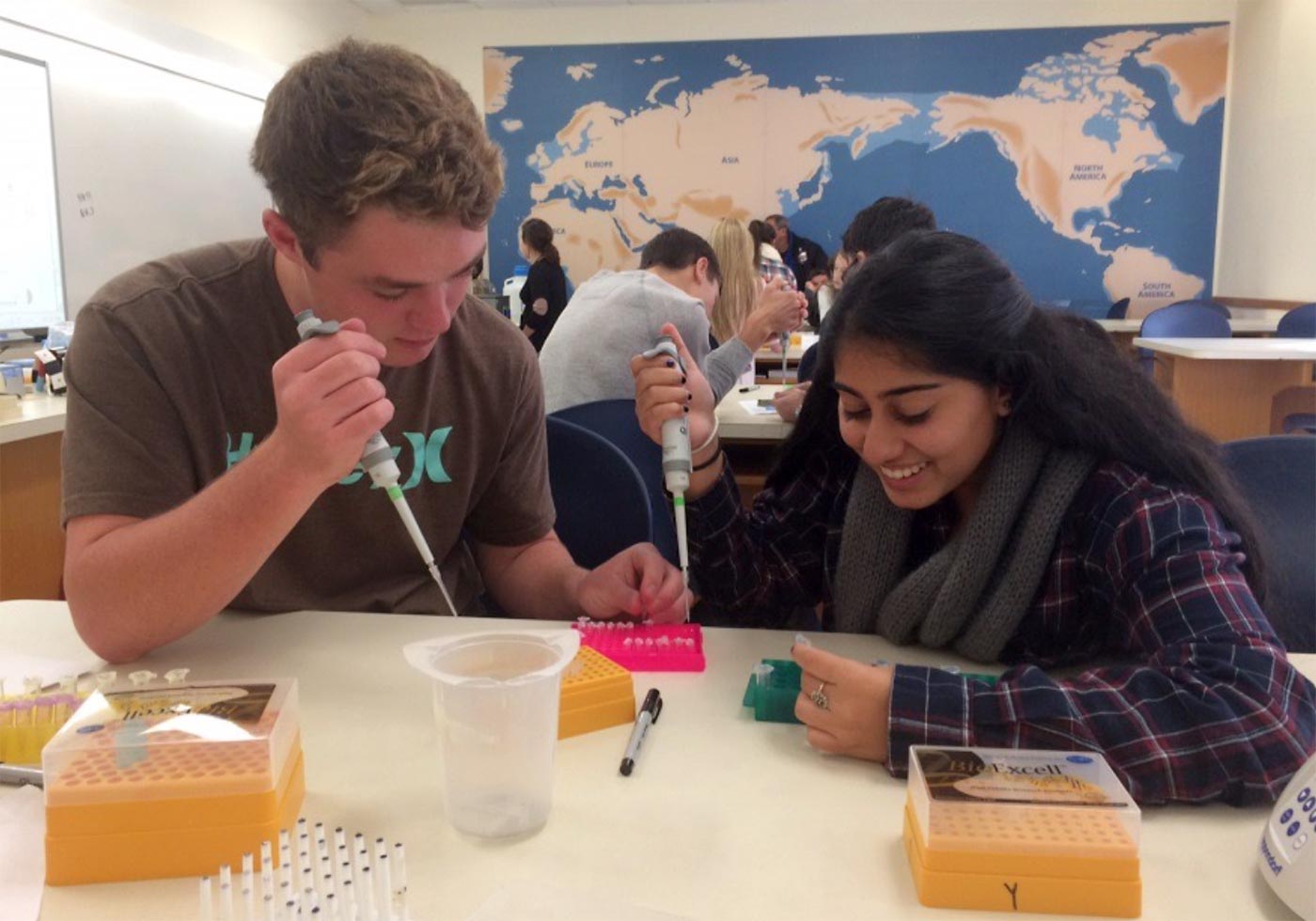 Whatever the reason, these students seemed ready to face the challenges that lie ahead on the path to a career in science. This was the advice that Ally Kim, a 10th grader at The Wheatley School in Long Island, offered to students participating next year:

“I think that they should learn that even though something doesn’t work out the first time they should not be so discouraged and keep trying,” she says. “You should really be looking to learn from this, not just to succeed.”