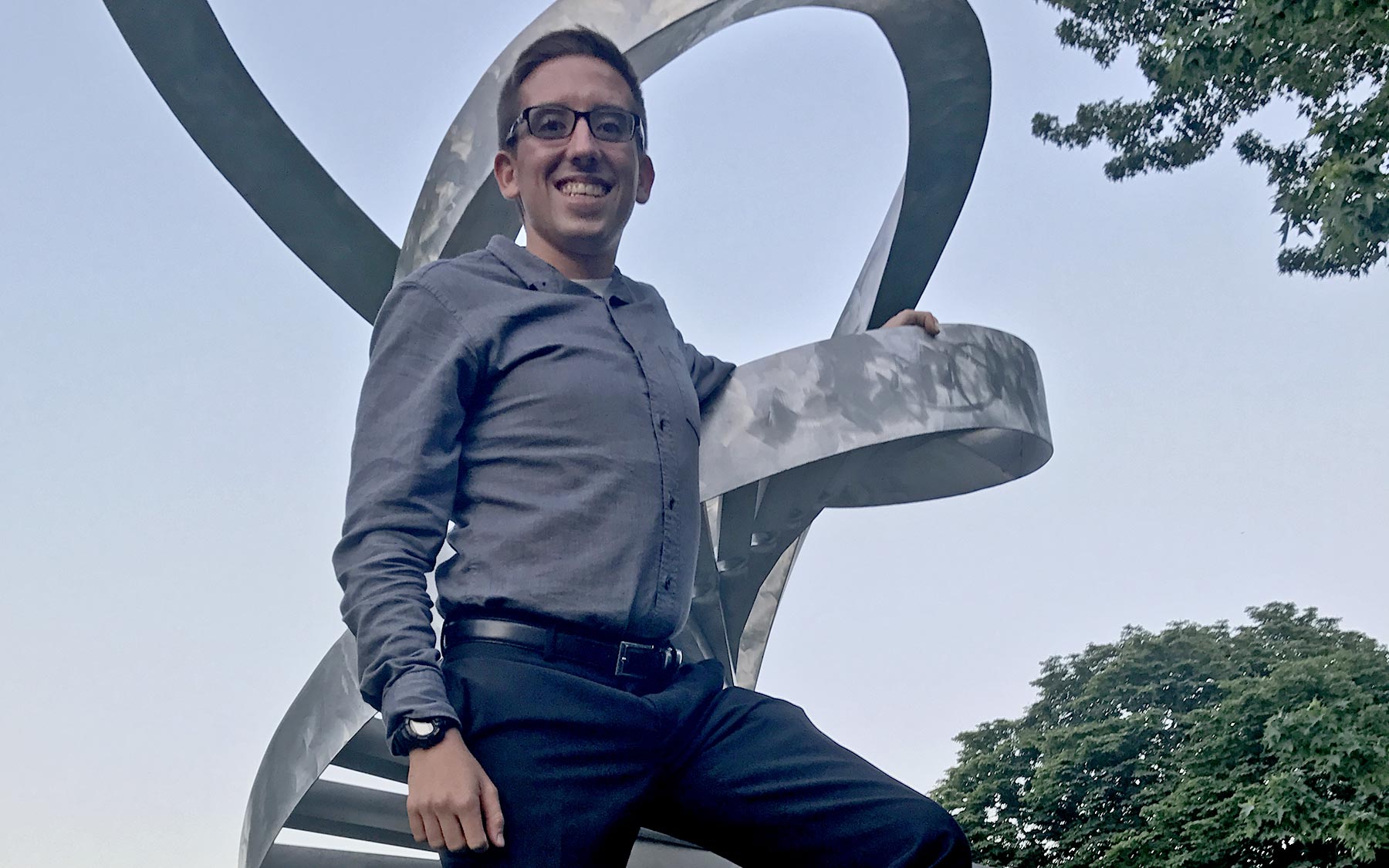 Hands-on experience using CRISPR and access to top scientists from around the world who are pioneering its use made this a memorable summer for Undergraduate Research Program participant Sean Connelly.

At breakfast on campus one summer morning, a friendly passerby sat down with me and we started talking about CRISPR. This new technology, which I was using to study cancer for my undergraduate research project, can make precise cuts to DNA. Amazed by CRISPR’s potential to make editing the genetic code extremely efficient, we talked for a long time about science that excites us. Only later did I realize that I was chatting with a professor from Stanford University!

This is the environment at Cold Spring Harbor Laboratory (CSHL). Everyone talks and lives science without any regard to whether you are an undergraduate student or a high-achieving professor. This atmosphere, to which I was introduced as a participant in the Undergraduate Research Program (URP), is what I love about CSHL.

Each summer, the URP program brings 20 undergraduate students from all over the world to CSHL, where they work side by side with mentors to perform novel and exciting research. The students’ projects vary across many different fields, from neuroscience to plant biology.

As a part of my URP summer project and through lectures at CSHL, I was able to realize my dream of living and breathing science while studying human cancer stem cell development in Professor Alea Mills’ laboratory.  A cancer stem cell is similar to a normal stem cell in that it can keep making copies of itself indefinitely, allowing it to contribute to tumor metastasis.  We are using CRISPR to change specific regions of DNA in these cancer stem cells and observe how the change affects their development.

Not only was I able to use this technology in my own project, but I also learned about the various applications of CRISPR from the top scientists pioneering its use. They gathered at CSHL for the Genome Engineering: CRISPR/Cas Revolution meeting in July, just one of the many scientific meetings held throughout the year on campus. These talks gave me a new perspective on the applications of this technique and enabled me to hear from leaders in this rapidly expanding field.  One such leader is CSHL Fellow Jason Sheltzer, who outlined how his laboratory’s use of CRISPR revealed a flaw in the rationale for a new breast cancer drug.  His eloquent delivery and interesting story opened my eyes to what CRISPR can help accomplish.

An undergraduate’s dream is an entire lab’s reawakening

Taking an “URP” into the lab for the summer is voluntary on the part of CSHL scientists—a “good deed,” as Professor Alea Mills puts it. That idea cuts to the core of recent articles in Forbes and Inside Higher Ed, which suggest that undergraduate research benefits not only the student, but also the host lab and scientific innovation in general. The Inside Higher Ed article offers examples of meaningful scientific contributions by undergraduates, while the Forbes piece focuses on the undergraduates’ promising futures. Mills makes it clear that there is yet another reason that undergraduate research programs are valuable: the energy boost that they provide for the lab.

Even after hosting more than a dozen URPs in her lab over the years, Mills is still surprised by the enthusiasm they inject. In Sean’s case, she says, “he’s probably my first student ever as an URP who actually emailed and asked, ‘is it ok if I come early?” He wanted to ensure that he would be able to make it to CSHL’s meeting on CRISPR. That kind of vibrant presence makes a difference for the entire team, Mills says. “The more seasoned scientists in my lab, they see these kids have so much energy and they’re here on the weekends and into the night,” she says. “It always livens up the lab.”

I was particularly thrilled to be able to hear from one of co-discoverers of CRISPR, UC Berkeley Professor Jennifer Doudna. She discussed the ethical questions surrounding this technique she helped make possible. One question some people have raised is whether it will be possible one day to edit a human embryo’s genome to create “designer babies.” Insights into the promises and pitfalls of this technology allowed me to gain the big-picture view of CRISPR that I will need to do important and responsible research.

The awe-inspiring, yet down-to-earth atmosphere at CSHL that made this summer so valuable is something that I will carry along with me. As an undergraduate, I was able to work with new and exciting technology, develop my skills as a researcher, and hear from top scientists from around the world. This is­­ an environment of discovery and innovation that is unparalleled.