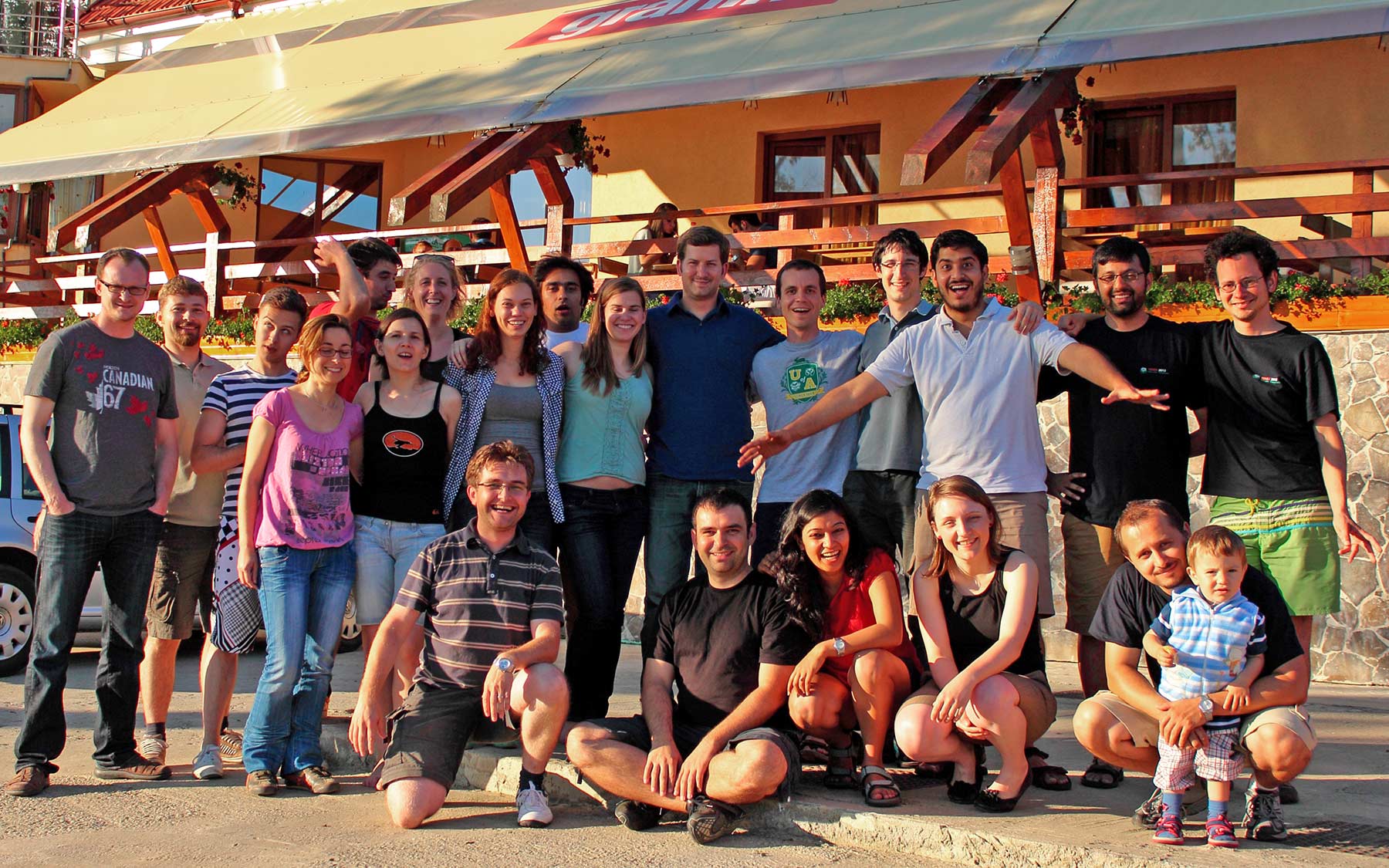 Here are some photographs from the first summer school, held last year.

Florin Albeanu received his scientific training from two of the top institutions in the US, if not the world: his undergraduate degree from MIT and his Ph.D. from Harvard. Now he leads his own lab here at CSHL. Despite his relatively young age and such a successful start to his scientific career Albeanu is already concerned with “giving back” to his native country.

“In Romania, and for that matter most of Eastern Europe except perhaps Hungary, there are not many people in neuroscience research. This means not much is published, and so few people become interested in it,” he says, indicating a circular cause-and-effect problem.

“Those who are interested move to another place, like I did 15 years ago. But now I want to get more people interested in doing neuroscience research in that part of Europe. Such an initiative may not necessarily have any immediate or even medium term effects, but in the long term, it will bring change,” Albeanu said.

But he also wanted the students to have fun. The course was envisioned as open space where, in a short time span, interested students and postdocs from anywhere in the world can get to learn hands-on basic and advanced concepts in electrophysiology and optics. They did this in an environment where they had to put together more or less everything from scratch.

To realize his vision he had to contend with a complete lack of infrastructure and resources. Those few labs that do neuroscience research in Romania just don’t have the equipment he would need to put together a course of the high quality he envisioned.

Working with a local colleague at the Romanian Institute of Science and Technology in Cluj-Napoca, Raul Mureșan, Albeanu decided to build a course from the ground up, drawing upon his experience in the US and particularly, he says, the spirit of the courses run by CSHL.

Albeanu and Mureșan commissioned a small guesthouse hotel, a pension, on the shore of Lake Pike for two weeks, completely booking it up. Into this space they brought, and built, microscopes, amplifiers, manipulators, lasers, CCD cameras, and the computing resources they needed—a jumble of machines, wires and optics in rooms normally reserved for guests at leisure.

The pension also provided the facilities they needed to accommodate all of the lecturers, students, and teaching assistants (TAs) on-site. The TAs on the team, some of them from CSHL, others from India, Romania and Germany, really represented the ‘can-do’ spirit of the course and made this intense experience possible by keeping both students and lecturers on track.

CSHL, including the Watson School of Biological Sciences (WSBS), the labs of some of the lecturers, as well as several major equipment manufacturers such as National Instruments, Thorlabs, Coherent, Allied, Olympus, Zeiss, Sutter Instruments, Scientifica and Molecular Devices loaned much of equipment and reagents needed. The team ran into plenty of idiosyncratic logistical hurdles when importing everything they required, but these were eventually overcome.

The ad-hoc approach to building up the program is entirely in keeping with a course in which students are taught to build and program, from scratch, their own experimental systems. This has been Albeanu’s approach in his own lab, and it has worked very well for him. Just this past year he was named a Pew Scholar in the Biomedical Sciences.

The advantage of building their own “rigs,” Albeanu says, is that students learn how to make equipment tailored to their experimental objectives. It is also much cheaper, usually at least by a factor of ten, than buying a full commercial system.

“Even in a place like this, in the middle of Romania, where there is no infrastructure, if you bring in the right components and, importantly, the right people, you can build a state-of-the-art machine,” says Albeanu.

While most of the long days of this past summer’s inaugural course were jam-packed with hands-on extended lab sessions as well as theoretical lectures, there was also time put aside to get away.

There’s plenty to see and do in the heart of Transylvania with its mountains and lush, pastoral land: boating and swimming in Lake Pike, trips to a nearby salt mine and an ancient Roman gold mine, which is currently the center of an ecological scandal. The local culture is a mixed landscape of Romanian, Hungarian, German and Roma (gypsy) communities, and the fortified monasteries of the Transylvanian Saxons that dot the landscape are said to have inspired Bram Stoker when he wrote Dracula.

“It’s fun to meet people, new students and old friends, share ideas, talk about science, build all this equipment and run experiments in such a short space of time. It fosters a feeling of enthusiasm for doing science,” said Albeanu. It’s a feeling he wants to infuse into more people in that part of Europe.

As noted, applications for this coming summer are being accepted now.

DIY neuroscience opens up a universe of possibilities in Transylvania