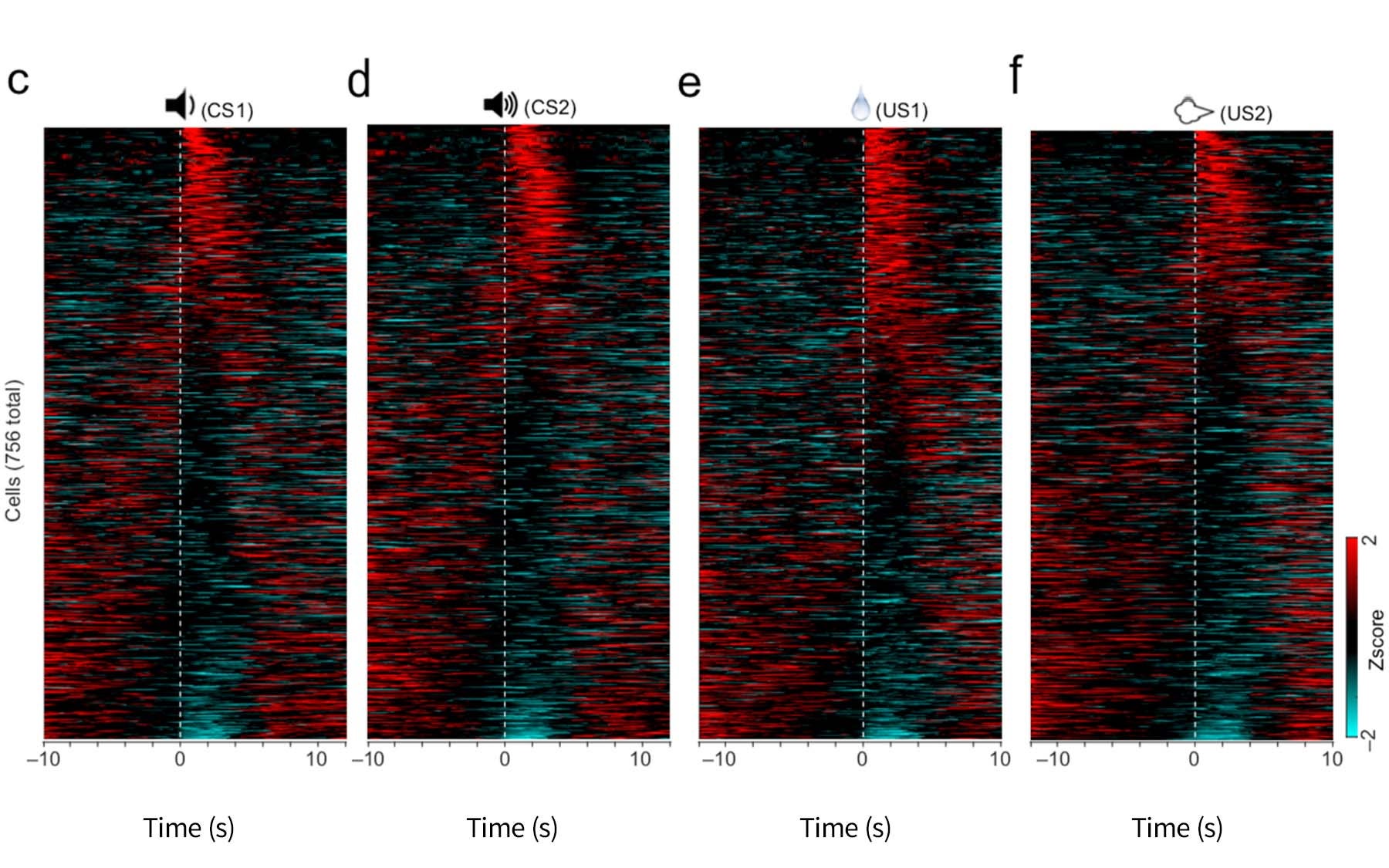 What does the brain do when things go bump in the night? Researchers are looking at neural activity in the amygdala by studying how mice react when they hear a sound they’ve been taught to fear.

Investigator Bo Li focuses on a part of the mouse brain called the amygdala where sights, sounds, and other stimuli take on positive or negative associations through experience. The continuous process of learning and unlearning that occurs in the amygdala appears impaired in people with anxiety disorders or major depression. Understanding brain cell, or neuron activity in the amygdala could result in better treatments.

In the October issue of Nature Communications, Li and postdoctoral researcher Xian Zhang describe profound changes in neuron activity when they trained animals to fear a particular sound and associate another sound with a reward. “If you look at the patterns of brain cell activity in the amygdala, you can know whether the animal is expecting a reward or fearing a punishment,” Li explains.

Li and Zhang used a microscope with a lens small enough to implant in the brain of a mouse, to track the firing activity of specific neurons before, during, and after an animal’s training. They taught the animals to associate particular sounds with reward or punishment and saw the behavior of neurons evolve. The experiment associated one tone with an annoying puff of air—the punishment. The reward tone was a refreshing drop of water to drink.

At first, neurons sensitive to sound responded to each tone by firing randomly. But when one tone was repeatedly accompanied by the puff of air, the neurons fired in a very specific pattern. This pattern closely resembled the firing pattern of another type of brain cell that fires when the mouse actually experienced the punishment. Likewise, when a tone was repeatedly paired with a sip of water, the sound-sensitive neurons fired in a pattern similar to neuron activity when the mouse received the water reward.

The researchers also switched the meaning of each tone. When the “reward” sound was repeatedly accompanied by an air puff, the neurons let go of the established “reward” firing pattern and adopted the “punishment” pattern. “We think this is how sound acquires meaning,” Li says.

Zhang, X. and Li, B. “Population coding of valence in the basolateral amygdala,” was published in Nature Communications on December 5, 2018.

What does the brain do when things go bump in the night? Researchers are looking at neural activity in the amygdala by studying how mice react when they hear a sound they’ve been taught to fear.

One thought on “How the brain hears and fears”