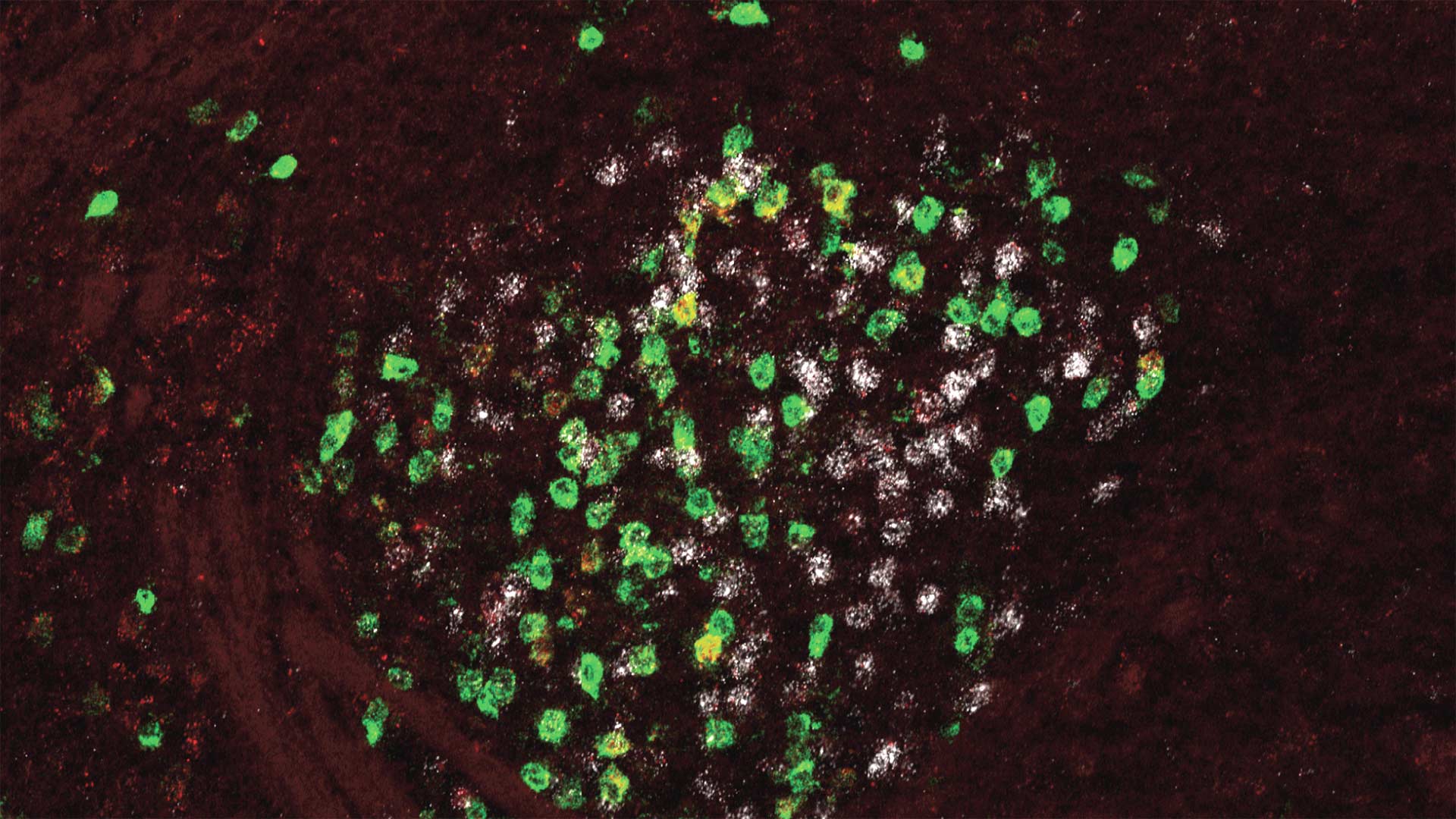 CSHL Professor Bo Li’s team explores the brain circuits that underlie fear. The researchers have mapped critical connections and teased out how specific components contribute to learning fear. They found a previously unknown link between fear learning and a movement control system. This research could lead to better treatments for people suffering from anxiety disorders.

When a frightful creature startles you, your brain may activate its fear-processing circuitry, sending your heart racing to help you escape the threat. It’s also the job of the brain’s fear-processing circuits to help you learn from experience to recognize which situations are truly dangerous and to respond appropriately—so if the scare comes from a costumed goblin, you’ll probably recover quickly.

In more dire circumstances, however, the brain’s fear response can be critical for survival. “Being able to fear is the ability to sense the danger and is the driving force to figure out a way to escape or fight back,” said Cold Spring Harbor Laboratory Professor Bo Li.

Cold Spring Harbor Laboratory Professor Bo Li and his team developed a system to watch a mouse process fear. They track patterns of brain activity in a special strain of mice with whole brain video recording techniques. In this recording, the brighter, more diffuse pattern of flashes corresponds to fear of receiving a puff of air, which the mice don’t like. The dimmer pattern corresponds to pleasure, when the mouse gets a sip of water. Li presented this study at the weekly international seminar series “Life Science Across the Globe”.

Li’s team is probing the brain circuits that underlie fear, using sophisticated neuroscience tools to map their connections and tease out how specific components contribute to learning fear. A deeper understanding of these circuits could lead to better ways to control the overactive or inappropriate fear responses experienced by people with anxiety disorders.

Many of their studies begin with the amygdala, an almond-shaped structure that is considered the hub for fear processing in the brain. While the amygdala was once thought to be devoted exclusively to processing fear, researchers are now broadening their understanding of its role. Li’s team has found that the amygdala is also important for reward-based learning, and as they trace its connections to other parts of the brain, they are uncovering additional complexity. Li said:

Li and his colleagues were surprised recently to find that the amygdala communicates with a part of the brain best known for its role in controlling movement. The structure, called the globus pallidus, was not known to be involved in fear processing or memory formation. But when the researchers interfered with signaling between the amygdala and the globus pallidus in the brains of mice, they found that the animals failed to learn that a particular sound cue signaled an unpleasant sensation. Based on their experiments, this component of the fear-processing circuitry might be important for alerting the brain “which situations are worth learning from,” Li said.

Li’s team and collaborators at Stanford University reported recent findings in the Journal of Neuroscience. For more of Li’s research on how fear is processed in the brain, check out this video of his talk at “Life Science Across the Globe”.

CSHL Professor Bo Li’s team explores the brain circuits that underlie fear. The researchers have mapped critical connections and teased out how specific components contribute to learning fear. They found a previously unknown link between fear learning and a movement control system. This research could lead to better treatments for people suffering from anxiety disorders.