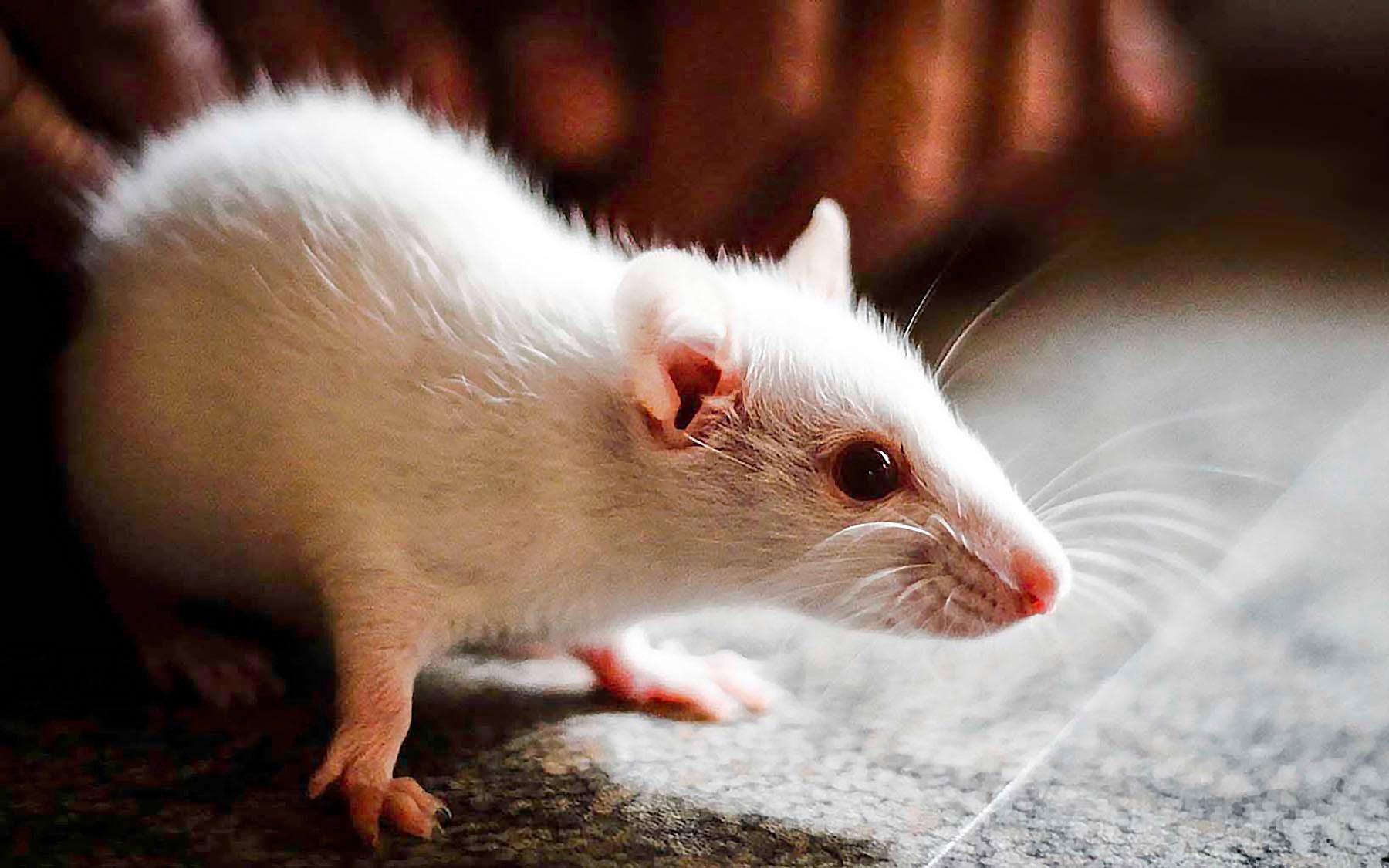 An unusually large study of mouse behavior has revealed that some individual animals are far more clever than any scientist only studying a small group might realize. The results are a new perspective on behavior and valuable insight about the decision-making process.

Cold Spring Harbor, NY — Is bigger really better? When it comes to sample sizes in experiments to understand decision-making, a Cold Spring Harbor Laboratory (CSHL) team found that testing more subjects in more trials is not only better, but necessary, to truly grasp what an individual is thinking. A horde of mice and half-a-million trials revealed just how clever a mouse can be.

In a recent paper published in the Journal of Neuroscience, CSHL neuroscientist Anne Churchland and colleagues presented about three dozen mice with a task: watch blinking lights and determine the frequency of the flashing, or stimulus.

“If they are correct, the mice learn that if it’s a low-rate stimulus they should move to the left port to get a reward; and if it’s high-rate, they go the other direction to get the reward,” Churchland explained.

How would the mice estimate the rate or count of flashes? The scientists assumed that the rate of the flash was all the mice would pay attention to, and set up the experiment to ensure that the mice had no other source of information to distract them. Nature, however, is nothing if not unpredictable.

The answer, for some mice, was simply to estimate the brightness of the complete flashing experience.

“If you think about it, a high-rate stimulus is, say, fifteen flashes per second. The overall amount of photons emitted will be higher than if it’s a low-rate stimulus, flashing seven times per second. So, some mice figured out that they don’t actually have to count the flashes,” said Churchland. “The mice could just count the total number of photons coming from the LED panels that we used. They found this extra piece of information that we hadn’t realized was there.”

Mice, of course, can’t count individual photons. But, among a horde of mice, some individuals prove more clever than others.

“If we had just looked at a few mice in this experiment, we would have missed that some of them were more clever,” explained Shashank Pisupati, a researcher on Churchland’s team. “It suggests that the less clever mice might not be performing to the peak of what is mousely possible.”

With the help of Pisupati and Ph.D. student Onyekachi Odeomene, the team included this new measure of mousely prowess in their equations. In doing so, they set themselves up to learn more about each individual mouse’s ability to deduce.

“If we understand why an individual is making a decision (i.e., what they’re considering) we can better understand the mechanisms in the brain supporting that decision,” Churchland said. “It’s critical to thoroughly understand what the animal’s strategy is and to be in a position to distinguish different decision-making strategies. Having such a large sample size really turned out to be a game-changer for this study.”

It’s a lesson her lab will remember and share with the neuroscience community at large.

This work was supported by NIH, the Simons Collaboration on the Global Brain, the Klingenstein-Simons Foundation, and the Pew Charitable Trust.

Onyekachi Odoemene et al.,“Visual evidence accumulation guides decision-making in unrestrained mice” was published on October 15, 2018 in the Journal of Neuroscience.

An unusually large study of mouse behavior has revealed that some individual animals are far more clever than any scientist only studying a small group might realize. The results are a new perspective on behavior and valuable insight about the decision-making process.