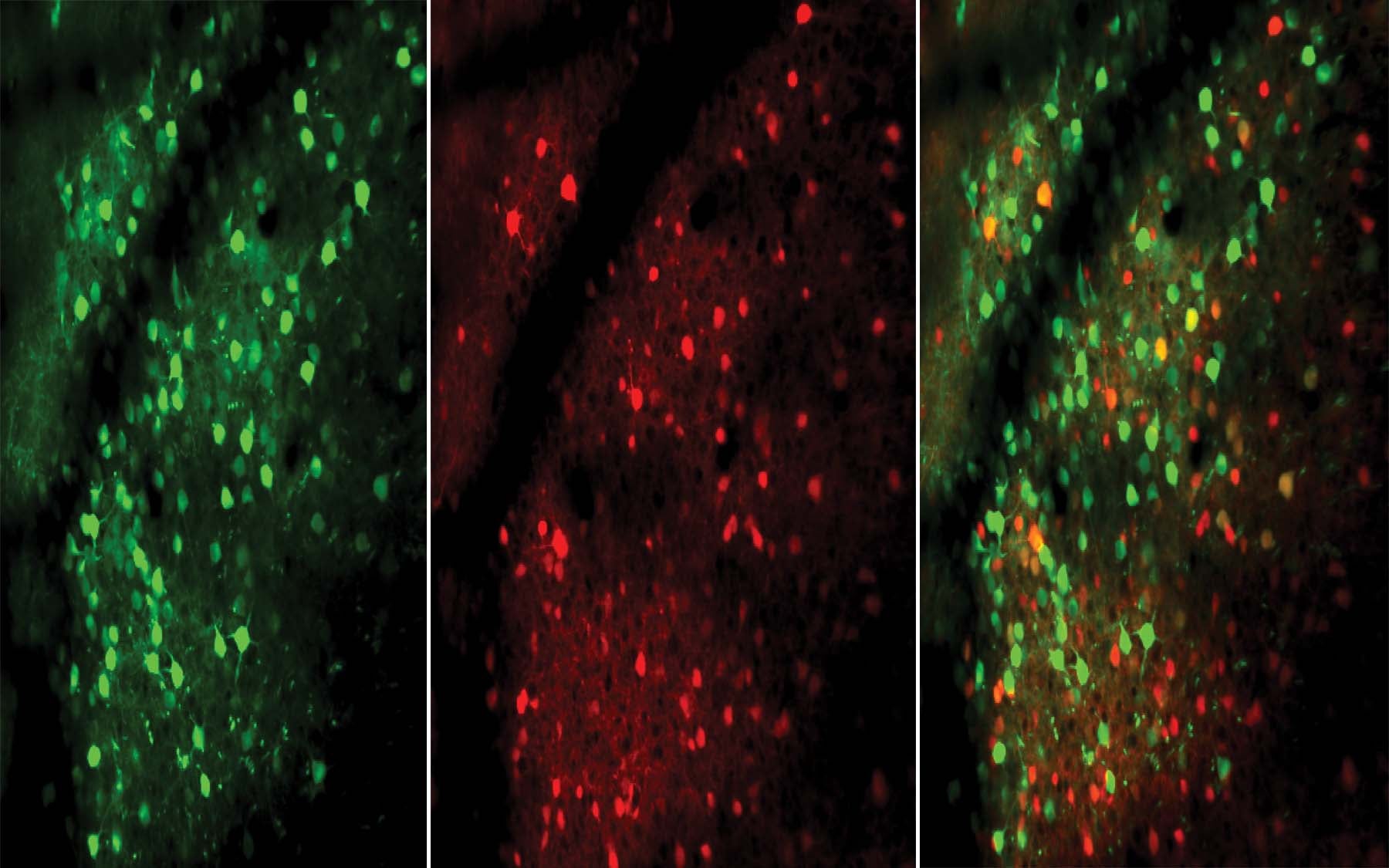 In learning new tasks, neuron networks in the brain of mice become more refined and selective. Charting changes in neural activity can help inform the design of better computational models for understanding decision making and cognition.

When mice learn to do a new task, their brain activities change over time as they advance from ‘novice’ to ‘expert.’ The changes are reflected in the wiring of cell circuits and activities of neurons.

Using a two-photon imaging microscope and a wealth of genetic tools, researchers from Cold Spring Harbor Laboratory (CSHL), Columbia University, University College London, and Flatiron Institute found that neural networks become more focused as mice got better at performing a trained task. They used the data to construct computational models that can inform their understanding of the neuroscience behind decision-making.

“We recorded the activity from hundreds of neurons all at the same time, and studied what the neurons did over learning,” said CSHL Associate Professor Anne Churchland. “Nobody really knew how animals or humans learn the structure of a task and how the neural activity supports that.”

The team, including Farzaneh Najafi, the first author on the study and a postdoctoral fellow in Churchland’s lab, started by training mice on perceptual decision-making tasks. The mice received multisensory stimuli in the form of a sequence of clicks and flashes that were presented together. Their job was to tell researchers whether those are happening at a high or low rate by licking one of three waterspouts in front of them.

They licked the middle spout to start the trial, one side to report a high-rate decision and the other side for a low-rate decision. When the mice made the correct decision, they received a reward.

“Most decision-making studies focused on the period where the animals are really experts. But we were able to see how they arrive at the state by measuring the neurons in their brain all the way through learning,” said Churchland, the senior author on the study. “We found that in all the animals, their learning occurs gradually over about four weeks. And we found that what supports learning is activity changes in a whole bunch of neurons.”

The neurons, the team discovered, became more selective in responding to an activity associated with a particular task. The also started reacting faster and more immediately.

When the animals are just beginning to learn, the neurons don’t respond until around the time it makes the choice. But as the animal gains expertise, the neurons respond much further in advance.

“We can kind of read the animal’s mind in a way, we can predict what the animal is going to do before he does it,” Churchland said. “When you’re a novice at something your brain is doing all different things, so you have neurons engaged in all different things. But then when you’re an expert, you hone in on exactly what you’re going to do and we can pick up that activity.”

The researchers decoded neural activity by training a small artificial network called the ‘Linear Support Vector Machine’ using machine learning algorithms. It collects performance data from multiple trials and combines it with the activity of all the neurons, weighing them to make a guess about what the animal’s going to do. As the animal gets better at the task, its neural networks get more refined, precise and specific. The researchers are able to mirror that onto the artificial network, which can then predict the animal’s decision with about 90 percent accuracy.

The learning models also offer another way of looking at specific types of neurons in the brain involved in cognition, like excitatory and inhibitory neurons, which trigger positive and negative changes, respectively. In this study, published in Neuron Cell Press, the team found that the inhibitory neurons are part of very selective sub-networks in the brain, and they’re strongly selective for the choice that the animal’s going to make.

These neurons are part of a biophysical model that helps researchers understand how decision making works. As researchers refine these models, they’re able to make more sense of how cognition informs behavior.

“We’ve learned a lot about perceptual decision-making–the decisions that a subject would get right and wrong, how long it takes to make those decisions, what the neural activity would look like during decision-making–by making different kinds of models that make really concrete predictions,” Churchland said. “Now we can understand, hopefully better, why these very selective sub-networks are there, how they help us make better decisions, and how they are wired up during learning.”

This research was funded by the Simons Collaboration on the GlobalBrain, ONR MURI, the Klingenstein-Simons Foundation, the Pew Charitable Trust, NIH, and the Gatsby Charitable Foundation.

In learning new tasks, neuron networks in the brain of mice become more refined and selective. Charting changes in neural activity can help inform the design of better computational models for understanding decision making and cognition.

Of mice and model organisms