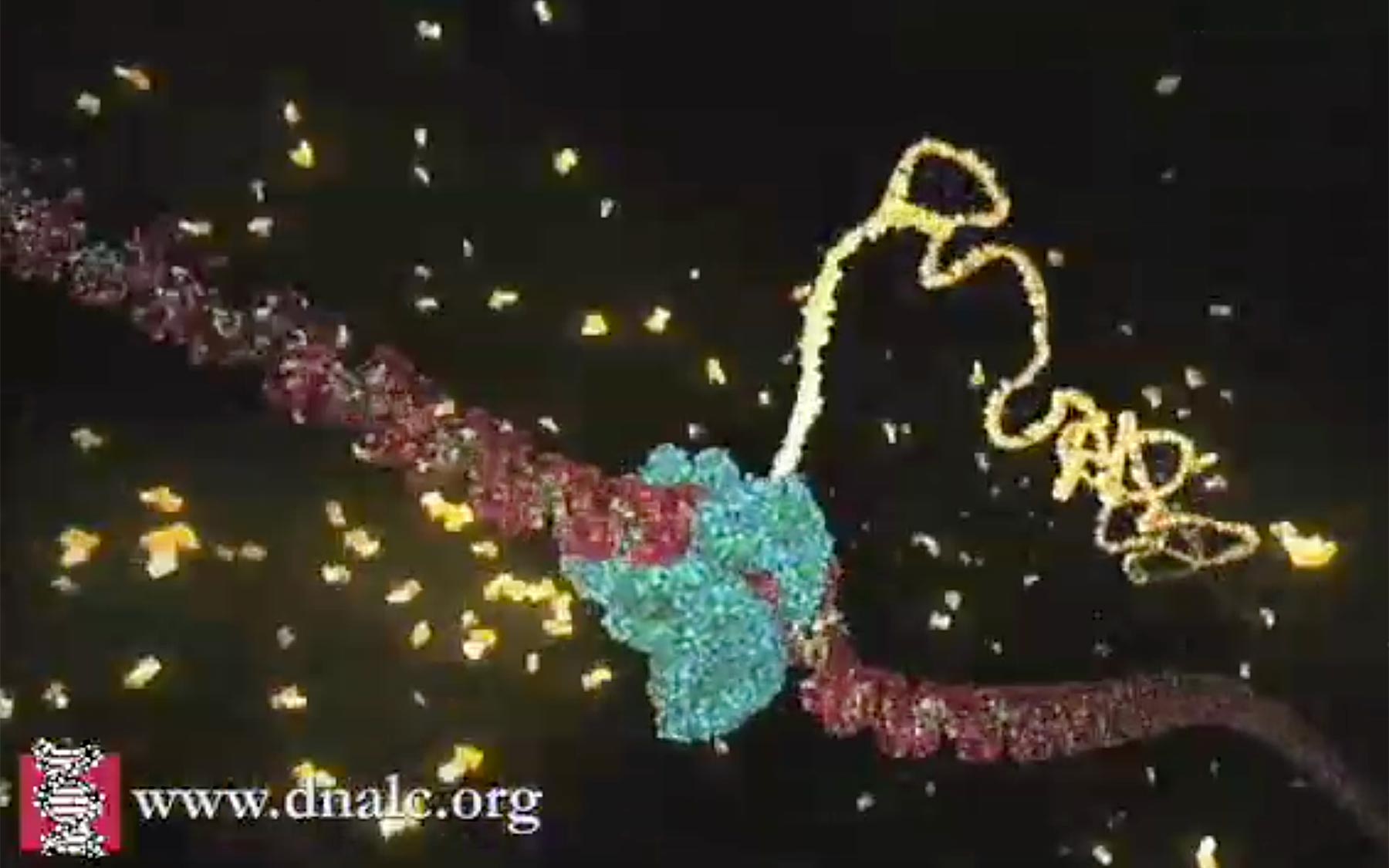 A discovery by the Martienssen lab at CSHL demonstrates the critical role played by RNA interference (RNAi)—an epigenetic mechanism—in cellular quiescence. This in turn points to RNAi’s essential role, as well, in the control of cellular transcription, the process in which the DNA of genes is copied into RNA messages that act as templates for protein synthesis. Here, an artist’s depiction of how the enzyme RNA polymerase transcribes DNA. Courtesy, CSHL/DNA Learning Center.
email envelop icontwitter icon share buttonfacebook icon share buttonlinkedin icon share button

Cold Spring Harbor, NY — Some cells just don’t get the respect they deserve. In fact, most cells don’t. Over 99 percent of the innumerable cells on our planet exist in a state of quiescence. Pick up a handful of soil: it contains thousands of microorganisms, almost every one of which would not grow if you placed it in a culture dish. These cells are metabolically active—yes, alive—but they are not dividing. And they will remain in a reproductively “quiet” state unless stimulated under specific conditions to re-enter the cell cycle and gear up to divide once again.

Some of our most important cells, in fact, are quiescent, including stem cells, cells of the adaptive immune system, and oocytes—eggs that women can carry for decades before being activated through fertilization.

Dividing cells, although always a tiny minority in nature’s big picture, command most of our attention, and for reasons that are not hard to figure. Cells that gear up to divide are those that carry all life on the planet forward, into the next generation. And when replication runs amok, as in human cancer, that basic life-sustaining function is transmuted into a weapon threatening survival itself.

Today in the journal Science, a team of biologists led by Robert A. Martienssen, Cold Spring Harbor Laboratory (CSHL) Professor and HHMI-GBMI Investigator, presents evidence supporting a theory that places in profound perspective a battle within all cells between mechanisms that prompt them to replicate their DNA and those that enable them to transcribe their DNA into RNA. “It’s an inherent choice that has to be managed, and accounts for much of what our cellular machinery is doing at any given time,” Martienssen says.

The evidence Martienssen’s team reports today is the result of turning the spotlight, for a change, on that multitudinous silent cellular majority—cells in the quiescent state. Postdoctoral investigator Benjamin Roche performed experiments demonstrating for the first time that most cells cannot survive in a quiescent state unless an epigenetic mechanism called RNA interference (RNAi) is up and running. RNAi and other epigenetic processes induce changes in where and when specific genes are expressed without altering their genetic code.

Using simple fission yeast (S. pombe) cells as a model, the team discovered that mutants lacking RNAi were unable to enter, maintain or exit quiescence. Yeast without RNAi could survive only if they were in the process of dividing.

This suggested there was something about quiescence itself that required RNAi to be present if a eukaryotic cell was to stay alive. It made sense to ask what was happening in quiescent cells in which RNAi was functioning. These dovetailed questions led to the following explanations, in research in Martienssen’s lab led by Dr. Roche over a five-year period in collaboration with Dr. Benoît Arcangioli at the Institut Pasteur, Paris.

When a cell exits the cell cycle, leaving the reproductive state, it needs to be reprogrammed in order to enter quiescence. This reprogramming is accomplished in part by RNAi, which acts to silence genes by causing a ubiquitous enzyme called RNA polymerase to physically detach from the double helix, where at some earlier point it had attached in order to translate the DNA of the genome into RNA messages that encode proteins.

RNA polymerase comes in several forms. In cycling cells the release of RNA polymerase II also has the effect of stimulating the cell to produce highly compressed areas called heterochromatin, typically near the centromere in the central part of chromosomes. RNAi is part of a more complex epigenetic machinery in higher organisms that silences the heterochromatin once it is established. In cells in which RNAi is missing or disabled, heterochromatin, normally silent, is activated.

This was pointed out by Martienssen and colleagues in 2002, in epigenetics research cited by Science as “Breakthrough of the Year.” The new research shows that cells missing RNAi cannot enter or maintain quiescence precisely because heterochromatic regions spin out of control and end up killing the cell. The team now places this observation a context that significantly broadens its implications.

“We found through genetic analysis that RNAi not only interacts with RNA polymerase II in the formation and regulation of heterochromatin,” says Martienssen. “We also found that in quiescent cells, it is the RNAi-induced release of RNA polymerase I, another enzyme active during transcription, that enables quiescent cells to maintain their quiescent state.”

It is the release of RNA polymerase I specifically from regions of the genetic material occupied by rDNA that is key here. rDNA is the genetic material that encodes the RNA that helps make up ribosomes, protein factories found in all cells. rDNA, much like the DNA that encodes heterochromatin, is highly repetitive and occurs in many copies across the genome. The action of RNAi releases RNA polymerase I from rDNA regions, and in so doing prevents the over-accumulation of heterochromatin during the maintenance of quiescence.

“This research may explain the key role that RNAi plays in stem cells, which are quiescent for much of their life; and also in cancer, which, after all, is the stimulation of cells that are normally quiescent to begin dividing and proliferating. That transition, interestingly, is often accompanied by mutations in RNAi,” Martienssen says.

Research in Martienssen’s laboratory was supported by the National Institutes of Health and the Howard Hughes Medical Institute-Gordon and Betty Moore Foundation Investigator program.

“RNA interference is essential for cellular quiescence” appears online in Science November 10, 2016. The authors are: B. Roche, B. Arcangioli, and R. A. Martienssen. The paper can be accessed at: http://science.sciencemag.org/content/354/6313/aah5651