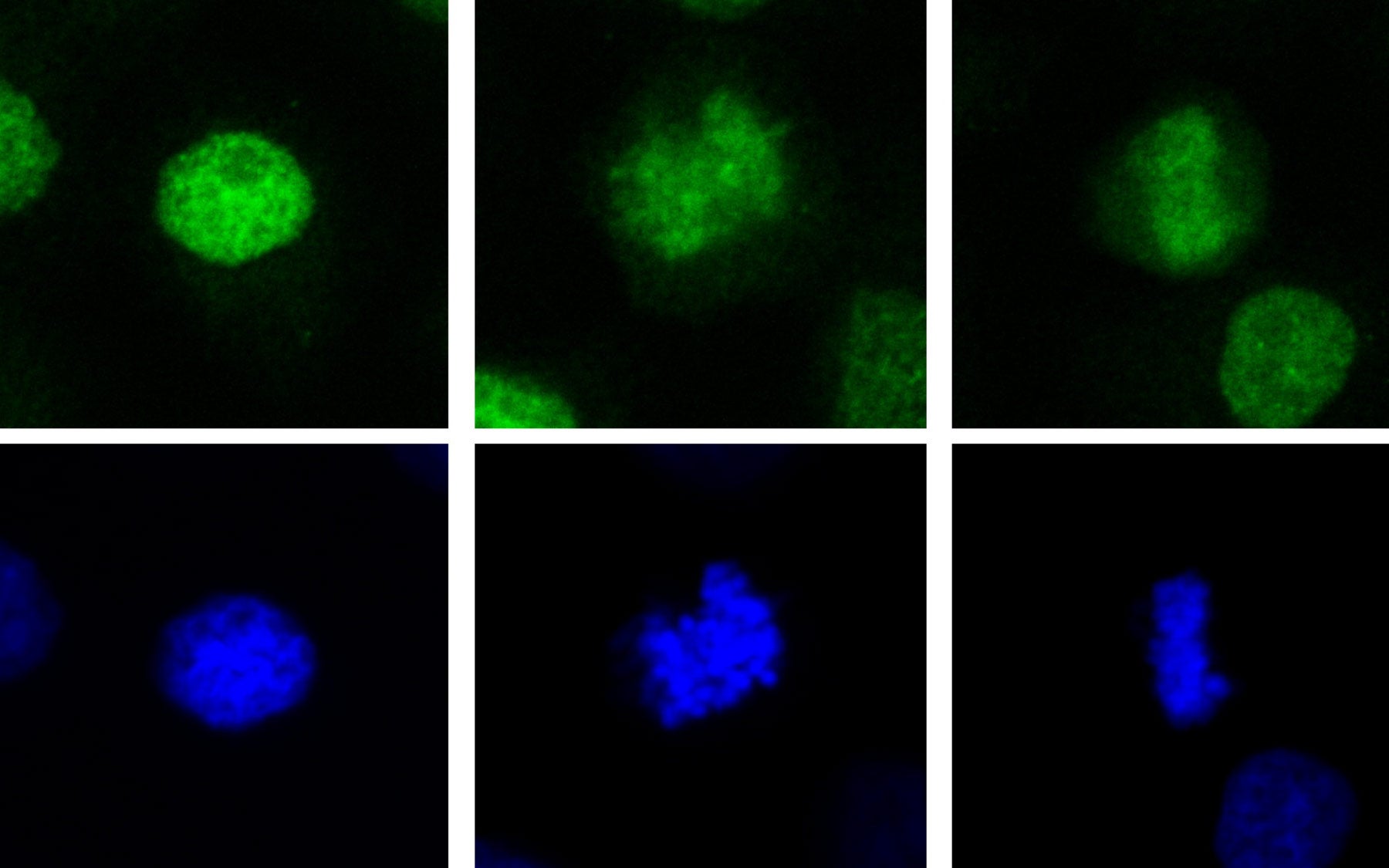 Cold Spring Harbor, NY — Each cell inherits genes from its parent as well as epigenetic information—what amounts to an instruction manual that specifies which genes should be activated or “expressed,” when and to what level. Cold Spring Harbor Laboratory (CSHL) scientist Chris Vakoc, M.D., Ph.D., and his team have now discovered how some of these epigenetic instructions get stably transferred from one generation of cells to the next.

The scientists report that newly formed cells inherit the knowledge of which genes need to become highly active right away thanks to a helpful protein that “bookmarks” these genes during the division of their parent cell. Their findings appear in the December 24th issue of Molecular Cell.

The bookmarking protein, called Mixed Lineage Leukemia or MLL, is notorious for triggering leukemia when the gene that encodes it becomes mutated. MLL mutations are among the most common genetic aberrations in leukemia, occurring in about 10% of leukemia cases.

“We now have a clearer picture of what MLL normally does in healthy cells to help gene expression information to travel from parent cells to daughter cells,” said Vakoc. “These findings may help us understand how mutated MLL subverts inheritance mechanisms in leukemic cells.”

During cell division or “mitosis,” all gene activity is temporarily shut down. The dividing cell’s chromosomes—the X-shaped coils of DNA—condense into tight clumps and expel most proteins that cling to DNA to maintain gene expression.

Vakoc’s team was surprised to find, however, that unlike other chromosome-bound molecules, the MLL protein stays tethered to chromosomes during mitosis. Genome-wide surveys that compared MLL’s chromosomal binding sites before and during division—the first comparison of its kind—revealed a second twist.

During division, the scientists found, MLL abandoned some of the genes that it was previously shackled to. Instead, for the duration of mitosis, MLL shifted to a new set of genes. This set, the team discovered, constitutes all the genes that were the most highly active before division triggered a blackout of all gene activity.

Such genes face the challenge of quickly reactivating to their previous high levels after division ends. “By seeking out and bookmarking this cohort of highly-expressed genes during division, MLL delivers a post-mitotic kick that helps turn genes back on,” explains Vakoc. In support of this idea, his team found that when MLL was depleted, the reactivation of these genes was delayed and they “kicked” on more slowly. By staying tethered to these genes, MLL provides a beacon to which other proteins can home to, thereby jump-starting gene activity.

Vakoc is now exploring how the mutations that increase the activity of MLL in leukemia affects the gene reactivation pattern in new cells and how this might contribute to the abnormal cell proliferation and differentiation seen in leukemia.