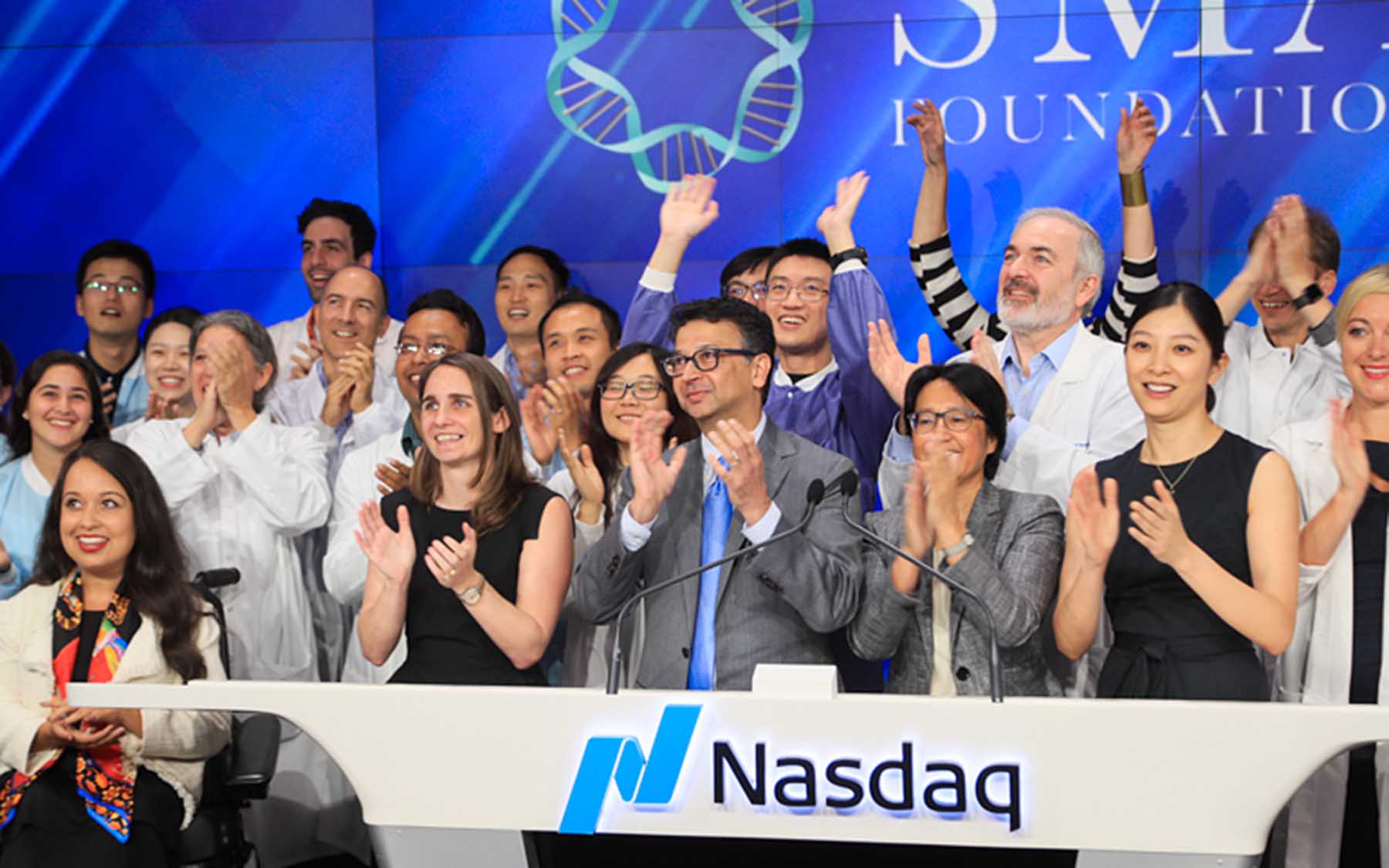 On August 17th, the Spinal Muscular Atrophy (SMA) Foundation, along with Cold Spring Harbor Laboratory Professor Adrian Krainer and his research team, rang the opening market bell on the Nasdaq Stock Market. In honor of SMA Awareness Month, the group of advocates, researchers, and clinicians visited the Nasdaq’s New York City headquarters to raise awareness of this disease which has been the number one genetic cause of death in infants. Dinakar Singh, Chairman of the Board of the SMA Foundation and CSHL trustee, was the representative who rang the bell when the markets opened.

Patients with SMA lack necessary levels of an essential protein, causing their muscles to deteriorate. Krainer and his team developed nusinersen, which is sold by Biogen and marketed under the brand name Spinraza®. Nusinersen is the first approved therapy for SMA, and treats patients by helping the body produce this protein that develops and sustains motor neurons.

Learn more about SMA, how Professor Krainer came to study this disease, and one little girl’s hopeful journey as a patient in this SMA interactive feature.