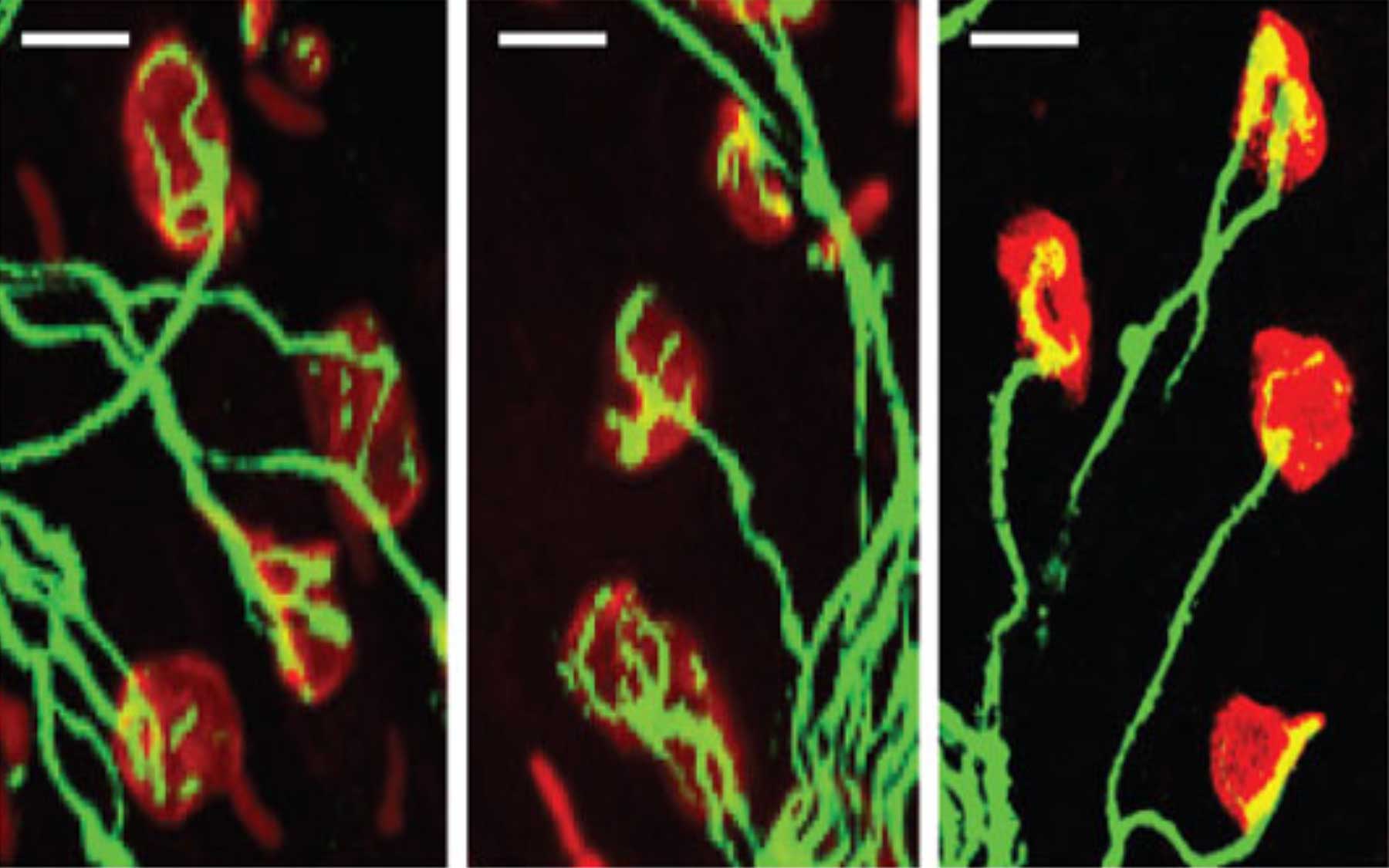 Cold Spring Harbor, NY — In an announcement that delighted the families of patients and surprised many pharmaceutical industry analysts, the biotechnology firms Biogen and Ionis Pharmaceuticals on Monday said they had decided to cut short a phase-3 clinical trial for the investigational drug nusinersen, because the drug already “has met the primary endpoint pre-specified for interim analysis” of results.

The drug, based on findings made in the laboratory of CSHL Professor Adrian Krainer and licensed to Ionis, is designed to compensate for a genetic error that causes the often deadly childhood illness spinal muscular atrophy. SMA is the leading genetic cause of infant death, affecting an estimated 30,000 to 35,000 children and adults with approximately 6,000 in the US.

The clinical trial that the two companies are ending early, called ENDEAR, is one of five that the two companies are conducting. In ENDEAR, nusinersen has been given via intrathecal injection to 122 very young children who were enrolled as infants. The double-blinded, randomized trial addressed the most serious form of SMA, called type 1, which affects children typically within 6 months of birth. Untreated, these children do not usually survive past age 2, due to neuromuscular failure that affects not only locomotion but also breathing and feeding.

“Although the actual data from ENDEAR have not yet been disclosed, and the drug now needs to be submitted for regulatory review,” cautions CSHL’s Krainer, “it’s my understanding that the results with nusinersen have been extremely impressive—to the point where, as the companies have now announced, it no longer makes sense, nor would it be ethical, to maintain a control arm in the trials involving infant-onset SMA. This is truly encouraging news for SMA families, who can now expect the companies to file for fast-track approval of the drug with the FDA in short order. I and members of my lab who have been involved in this work over the years, especially Dr. Yimin Hua, are heartened by it and proud of the role we have been privileged to play.”

Biogen and Ionis executives echoed Krainer’s view in a joint press release and conference call held on Monday morning. “Nusinersen could not have happened if antisense technology had not been invented,” said Stanley Crooke, M.D., Ph.D., Chairman and CEO of Ionis, on the call. “This is a feat achievable only through antisense, and I want to thank the many people who have worked to bring this technology to a place where it might rapidly create a drug that could bring benefit to patients with SMA.” Dr. Crooke extended thanks specifically to Ionis and Biogen personnel, including Dr. Frank Bennett, senior vice president of research at Ionis, and to “Dr. Adrian Krainer of Cold Spring Harbor Laboratory, with whom we’ve collaborated in some of the early experiments on spinal muscular atrophy.”

For the last decade, Drs. Krainer and Bennett have collaborated closely on SMA research, and co-authored 10 papers describing the step-by-step successes in the design and preclinical characterization of nusinersen (previously known as 396443, ASO 10-27, and ISIS-SMNRx).

“Many of us at Cold Spring Harbor Laboratory for years have been closely following news about the development of nusinersen,” said CSHL President and CEO Bruce Stillman, Ph.D. “I am pleased for those SMA families who will benefit from this exciting development, and congratulate our partners Ionis and Biogen on the clinical development of this drug.

“I also want to extend congratulations personally to Adrian Krainer,” Dr. Stillman continued, “a highly respected colleague for decades whose brilliance and remarkable persistence has resulted in this clinical development. It is a great example of how basic research to understand how genes are expressed can lead to unanticipated clinical benefit. This area of research, on RNA splicing, began at Cold Spring Harbor in the mid-1970s, resulting in the 1993 Nobel Prize in Physiology or Medicine to Richard Roberts and Phillip Sharp, both CSHL alumni, and was continued by Adrian Krainer when he started at CSHL in 1986. At CSHL we place a high value on basic research; it is the very foundation upon which drugs like nusinersen are conceived and developed.”

In the conference call Monday, Dr. Crooke, of Ionis, offered these general and encouraging remarks about the effectiveness of nusinersen across the 5 trials:

Infants with Type 1 SMA can’t sit or even hold their heads up, and progressively lose what little movement ability they have. Death typically occurs before 2 years of age, often due to respiratory failure, unless the infant is placed on a ventilator. Milder forms of SMA exist, called types 2, 3, and 4, with type 4 having adult onset. These patients have varying degrees of movement difficulties, but can have a normal or somewhat reduced lifespan. Ionis and Biogen have also been testing the drug in patients with type 2 and type 3 SMA.

Ionis has pioneered the development of antisense drugs for a broad range of diseases. Nusinersen was developed in part in research collaborations with the Krainer lab at CSHL. Krainer, since his doctoral studies, has devoted himself to discovering mechanistic details of how cells edit and splice together the RNA messages from genes that encode proteins. In 1999 he became interested in possible applications of his research in solving a problem called exon skipping, which is central in SMA pathology. Krainer’s lab painstakingly tested a large number of molecules called antisense oligonucleotides, designed and synthesized in cooperation with Ionis scientists, in cellular and animal models of SMA. They ultimately demonstrated the effectiveness of a molecule then called ASO 10-27 in alleviating SMA symptoms in transgenic mice. In 2011, this ASO was selected by Ionis for clinical testing in patients. It is the drug now called nusinersen.