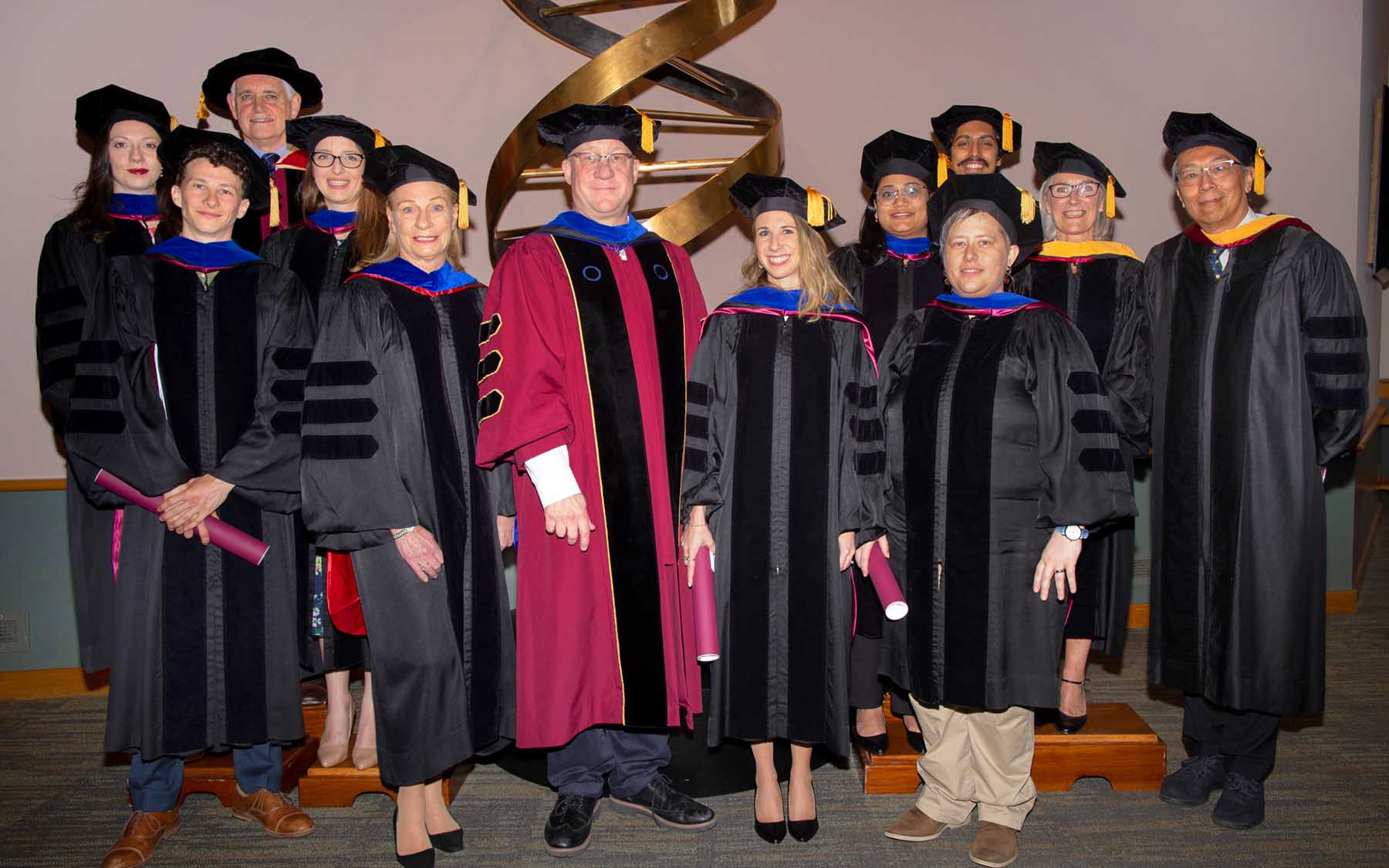 “WSBS and its graduates play an important role in CSHL’s culture of collaboration, a culture of excellence and impact, and a culture of supporting one’s colleagues,” said CSHL President & CEO Bruce Stillman.

“Your discourse will elevate the role of science in civic life, reigniting a sense of wonder and optimism,” said CSHL Chairman Dr. Marilyn Simons.

A professor at the University of California Berkeley, Tjian has served in various scientific leadership positions including President of the Howard Hughes Medical Institute. Tjian has worked on the complex biochemical process involved in controlling how genes are turned on and off, key in decoding the human genome. He was a CSHL postdoctoral fellow from 1976-1979.

“It is a very special honor for me to be here to celebrate this important milestone,” said Tjian. “Your time, as did mine, at CSHL has taught you to stay nimble, think boldly, and be comfortable with change, using the latest techniques on the questions you really care about.”

Dr. Clark was Director of Cancer Research UK and a former dean of WSBS from 1999-2007. Throughout her career, she has combined her love of scientific discovery and education and helped to cement the innovative and accelerated graduate program at CSHL.

CSHL Associate Professor Mikala Egeblad, a cancer researcher, was awarded Winship Herr Award for Excellence in Teaching. Named for the founding dean of the graduate school, the award is annually given to a teacher chosen by the school’s first-year students.