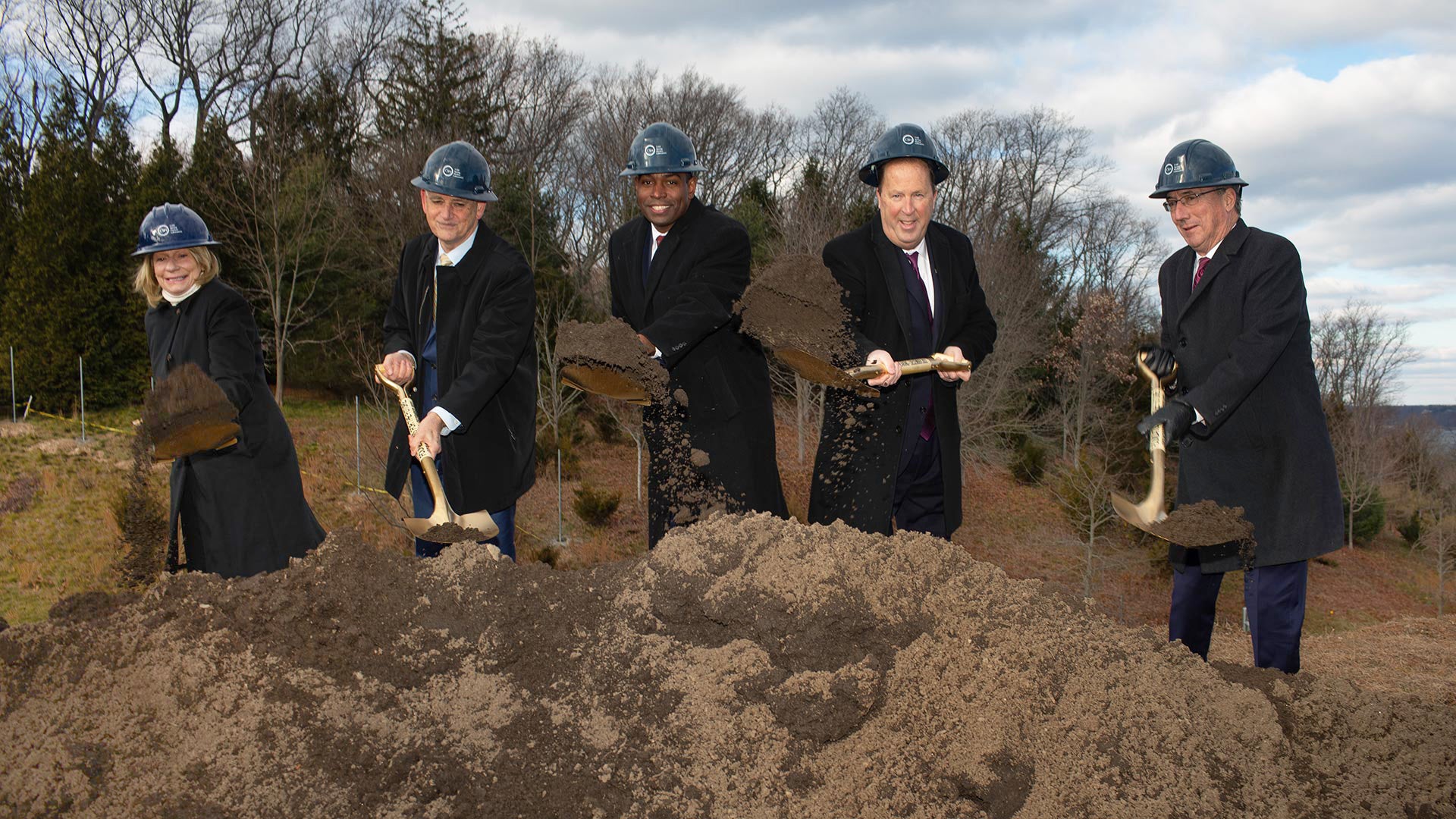 On December 19, 2022, CSHL faculty and staff joined with state and local leaders for a groundbreaking ceremony at the Laboratory’s headquarters in Cold Spring Harbor, New York. Among those present was the state’s second-highest-ranking official, Lieutenant Governor Antonio Delgado. Together with CSHL President and CEO Bruce Stillman, Delgado announced the construction of a new $57 million Neuroscience Research Complex (NRC).

The 36,437-square-foot facility will consist of three state-of-the-art buildings. One will focus on neurodegenerative diseases. Another will study brain-body physiology. A third will house experiments in quantitative biology and NeuroAI.

“The next frontier of neuroscience research is underway at CSHL,” said Stillman. “Here, leaders in neuroscience are mapping, with high resolution, neural circuits in the brain that are spearheading new approaches to artificial intelligence. I’d like to thank Lt. Gov. Delgado and the State of New York for their continuing support of CSHL. This will help ensure that Long Island remains fertile ground for innovation in science and technology.”

“When you think about some of the neurodegenerative diseases that many of our loved ones might sustain, whether it’s Alzheimer’s or Parkinson’s, we know that there’s an opportunity for us to learn so much more about the brain,” said Lt. Governor Delgado at the groundbreaking ceremony.

Funding for the NRC comes in part from a $30 million capital grant provided by New York State’s Transformative Investment Program. The facility is expected to be completed in December 2025.

“Cold Spring Harbor Laboratory’s work lies at the cutting edge of biomedical research and, thanks to a significant State investment, this new facility will allow it to achieve new and exciting breakthroughs in neuroscience.” said New York Governor Kathy Hochul in a statement.

The NRC is part of a campaign CSHL launched earlier this year to expand its campus for collaborative research and education. Plans for this seven-acre expansion include guest housing for CSHL’s Meetings & Courses Program. A new pancreatic cancer lab is also in the works along with a dedicated NeuroAI building. The $425 million campaign has been aptly named Foundations for the Future.

The Demerec building has been monumental in scientific history. Now, a $75 million renovation of this celebrated labspace will define CSHL’s future.   Read more »