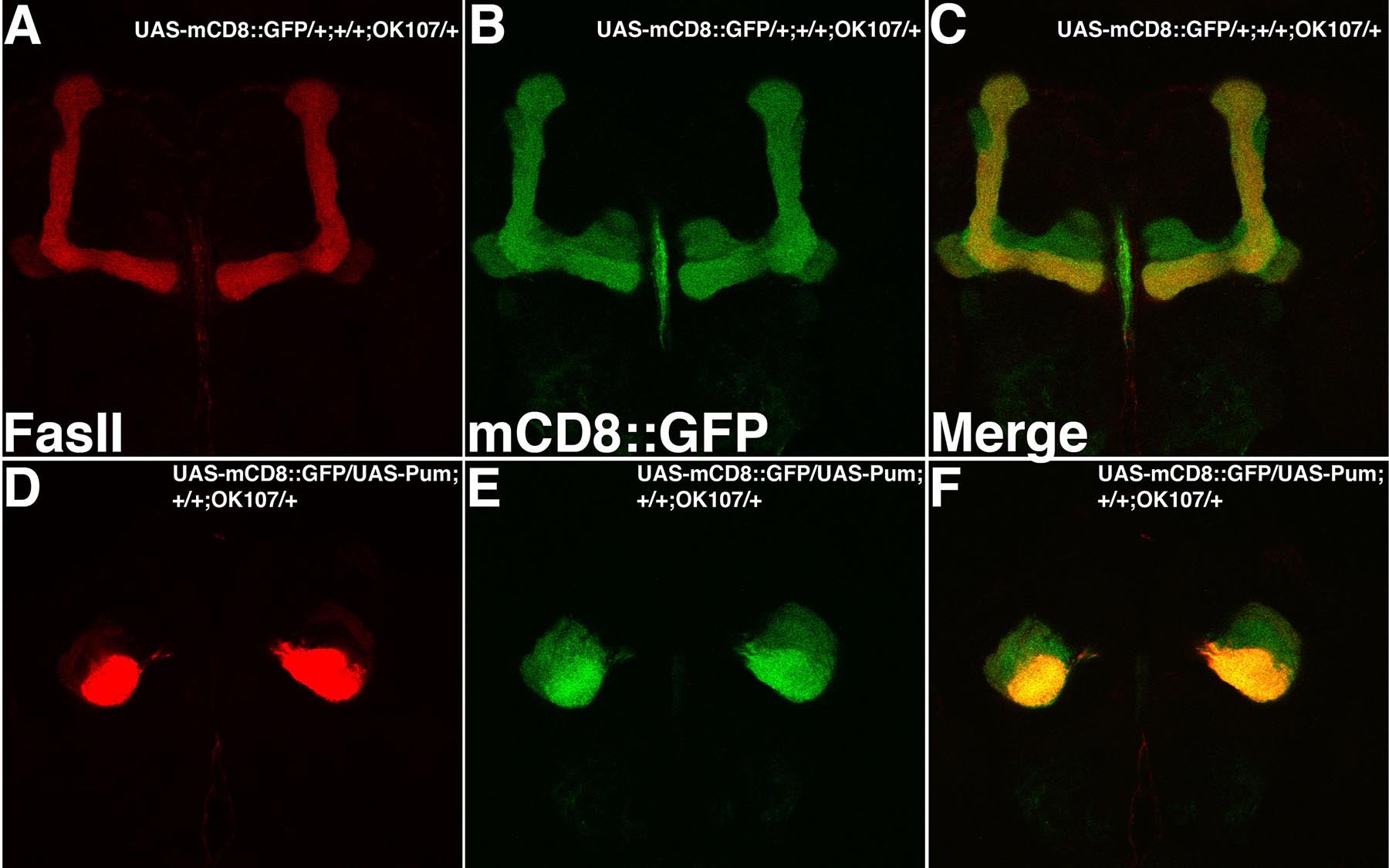 Cold Spring Harbor, NY — To lock in a memory, nerve cells must strengthen their connections with some neighbors but not others. Three research groups at Cold Spring Harbor Laboratory (CSHL) have collaborated to identify a protein whose action helps alter the strength of synaptic connections in fruit flies as they form memories.

Synapses are the tiny gaps across which information crosses between nerve cells. Changes in the strength of synaptic connections, called plasticity, play a vital role in both memory formation and learning, and help determine how nerve signals propagate.

Assistant professor Josh Dubnau, Ph.D., leads a CSHL neuroscience lab that studies learning and memory in fruit flies, or Drosophila. His team had previously identified a group of fly genes needed for memory formation, including one called Pumilio. A similar gene is present in humans, so studying Pumilio in the fly brain could help researchers understand how memory works in the human brain.

Prior work had shown that Pumilio acts with other genes to shape the developing fly embryo, by modifying how much of various proteins is made in different regions of a cell. Dr. Dubnau hypothesized that the gene acts similarly to affect memory formation.

To further explore this idea, Dr. Dubnau collaborated with CSHL Professors Michael Zhang, Ph.D., a computational biologist, and Adrian Krainer, Ph.D., an expert on gene expression. He posed a question to Dr. Zhang that called for sophisticated mathematical analysis: For 151 genes known to be active in synapses, which of the protein-precursors they produce were most likely to interact with Pum, the protein made by Pumilio? Back in the laboratory, Dr. Krainer’s team confirmed that Pum interacts with several of the protein-precursors identified by Dr. Zhang’s team, including one arising from a gene called dlg1. A gene very similar to dlg1 acts in synapse formation in mammals.

Testing the Result in Living Flies

What about the fly? Dr. Dubnau’s lab performed the final step. They genetically engineered flies that made especially large amounts of Pum protein in a brain region called the mushroom body where memory storage occurs. They then confirmed that, in such flies, the protein product of the dlg1 gene was dramatically reduced in this brain region. This observation supports the notion that Pumilio helps build memories by selectively altering individual synapses.

The current work is particularly satisfying, Dr. Dubnau noted, because the original hypothesis about Pumilio was extended by computations to make further predictions, which were then brought full circle and tested in vitro, in the lab and in vivo, in living flies. “It’s the kind of interdisciplinary collaboration that Cold Spring Harbor is very good at,” he observed.

Assistant Professor Lucas Cheadle has been named a 2021 McKnight Scholar for his work on microglia.   Read more »