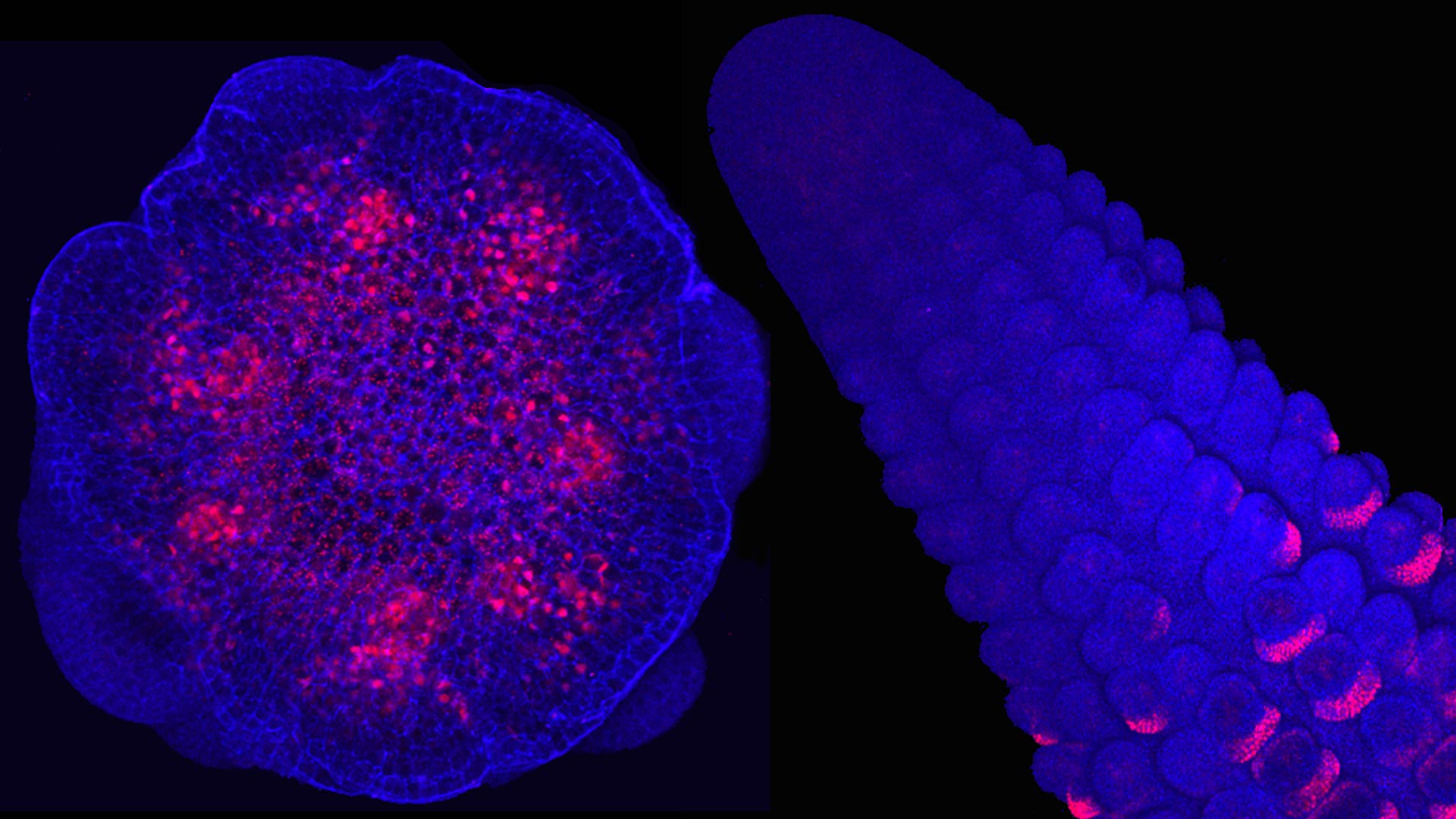 CSHL scientists analyzed where and when thousands of genes are activated in baby corn. This allowed them to build an anatomical map of important developmental genes that can be manipulated to improve crop yield and resilience.

Corn hasn’t always been the sweet, juicy delight that we know today. And, without adapting to a rapidly changing climate, it is at risk of losing its place as a food staple. Putting together a plant is a genetic puzzle, with hundreds of genes working together as it grows. Cold Spring Harbor Laboratory (CSHL) Professor David Jackson worked with Associate Professor Jesse Gillis to study genes involved in corn development. Their teams analyzed thousands of individual cells that make up the developing corn ear. They created the first anatomical map that shows where and when important genes turn on and off during key steps in development. This map is an important tool for growing better crops.

Humans have been breeding corn to make it more useful for thousands of years. Jackson says:

“Ten thousand years ago, corn did not exist, right? There was a wild plant called teosinte. Teosinte itself only makes about 10 seeds. It makes these really tiny ears that don’t give much nutrition. In fact, the seeds they make are so tough that they would break your teeth if you try to eat them anyway.”

The secret to more and bigger kernels is found by looking at baby ears of corn 1–10 mm long. The scientists used a technique that allowed them to track every cell. They gave each cell a genetic ID tag, called a barcode. Xiaosa Xu, the lead author of the study, compares it to building a building. Xu says:

The scientists took corn plants at early stages of development, broke them into individual cells, barcoded them, and then saw what genes were turned on in each one. Jackson notes, “in the past we haven’t been able to separate the cells and figure out the genetic information that’s specific to each cell. So that’s really, what’s new and exciting.” They could then reconstruct an anatomical map to pinpoint where genes important for corn development were used.

CSHL scientists analyzed where and when thousands of genes are activated in baby corn. This allowed them to build an anatomical map of important developmental genes that can be manipulated to improve crop yield and resilience.