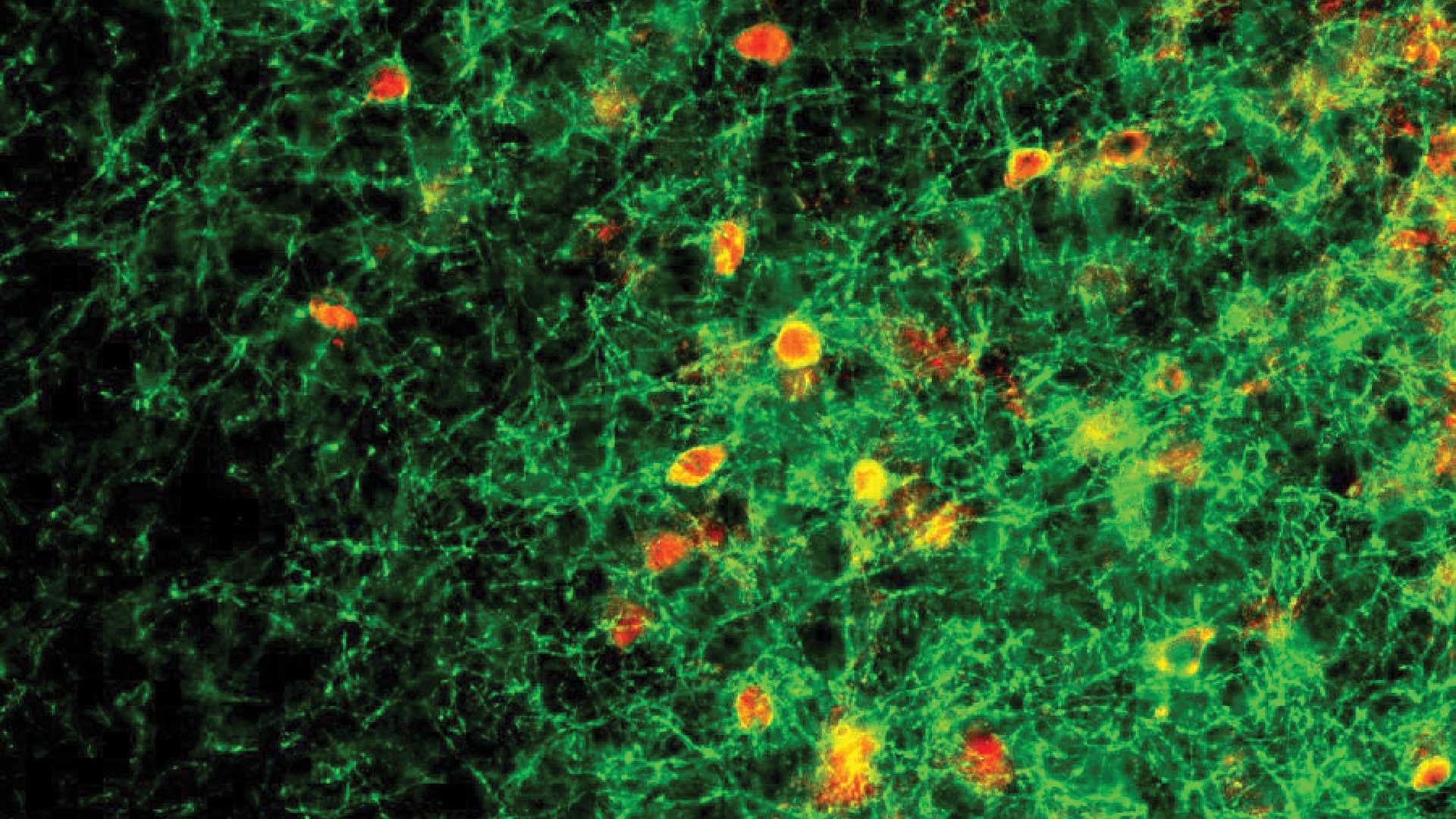 The malleability of the brain decreases with age, but scientists have identified certain life experiences that allow the adult brain to rewire. In female mice, hearing the distress cries of mouse pups presents a rewiring opportunity. Whether the mouse learns to respond to the cries depends on a gene, Mecp2, that influences neurons in the auditory cortex called parvalbumin.

The brain undergoes dramatic change during the first years of life. Its circuits readily rewire as an infant and then child encounters new sights and sounds, taking in the world and learning to understand it. As the child matures and key developmental periods pass, the brain becomes less malleable—but certain experiences create opportunities for parts of the adult brain to rewire and learn again.

Cold Spring Harbor Laboratory (CSHL) scientists have been studying one such period of transformation in mice: the time during which an adult female first learns to recognize and respond to the distress cries of young mouse pups. The research, reported January 7, 2020 in the Journal of Neuroscience, suggests that the same mechanisms that enable rapid learning during early development come into play when a period of heightened learning is triggered during adulthood. The findings hint at potential therapeutic strategies for a rare neurodevelopmental disorder called Rett syndrome, in which the adult brain may be unable to benefit from the rewiring opportunities.

A few years ago, CSHL Associate Professor Stephen Shea and colleagues discovered that female mice that lack two functional copies of a gene called Mecp2 failed to learn to retrieve distressed young. The scientists traced this parental neglect to the abnormal behavior of a group of neurons in the brain’s auditory cortex called parvalbumin (PV) neurons. PV neurons are inhibitory neurons: their signals dampen the activity of other brain cells. During development, the signals of PV neurons help close the critical periods during which the brain is most receptive to change.

The latest work from the Shea team, led by postdoctoral researchers Billy Lau and Keerthi Krishnan, and conducted in collaboration with CSHL Professor Josh Huang, took a closer look at how exposure to the young pups changes signaling within the auditory cortex of female mice. By monitoring the activity of individual cells in this part of the brain, the researchers found that when Mecp2 is intact, inhibitory signaling from PV neurons decrease following exposure to an encounter with pups. This inhibitory signaling allows other neurons in the circuit to become more responsive to the young animals’ cries. “The inhibitory networks sort of back off and allow the excitatory activity to be stronger,” Shea explains.

It’s not yet known exactly how pups trigger these changes in the female mice, but they occurred as long as MECP2 was present—even in mice that had never been pregnant. In female mice whose Mecp2 genes were impaired, however, the PV neurons’ signals remained strong.

In humans, mutations in Mecp2 cause Rett syndrome. Children with Rett syndrome appear develop normally for the first several months of life, but later begin to lose language and motor skills. The new findings from Shea’s team support previous evidence that PV neurons are particularly vulnerable to loss of MECP2. This suggests that these cells or the circuits they are involved in may be appropriate targets for drug development.

It also suggests that patients with Rett syndrome may be most responsive to treatment during certain developmental periods. Shea says prior to pup exposure, cells in the auditory cortex behaved the same in the brains of mice with impaired Mecp2 as they did in other mice. “That suggests that Mecp2 is specifically important during windows of heightened learning. That principle might guide treatments that are focused in time, at certain developmental milestones.”

Lau, B. et al. “Maternal experience-dependent cortical plasticity in mice is circuit- and stimulus-specific and requires MECP2” was published online in The Journal of Neuroscience on January 7, 2020.

The malleability of the brain decreases with age, but scientists have identified certain life experiences that allow the adult brain to rewire. In female mice, hearing the distress cries of mouse pups presents a rewiring opportunity. Whether the mouse learns to respond to the cries depends on a gene, Mecp2, that influences neurons in the auditory cortex called parvalbumin.

In mouse model of Rett syndrome, research reveals how adult learning is impaired in females

Researchers found that the failure of the Mecp2 gene, which leads to Rett syndrome, has biological consequences later in life.   Read more »