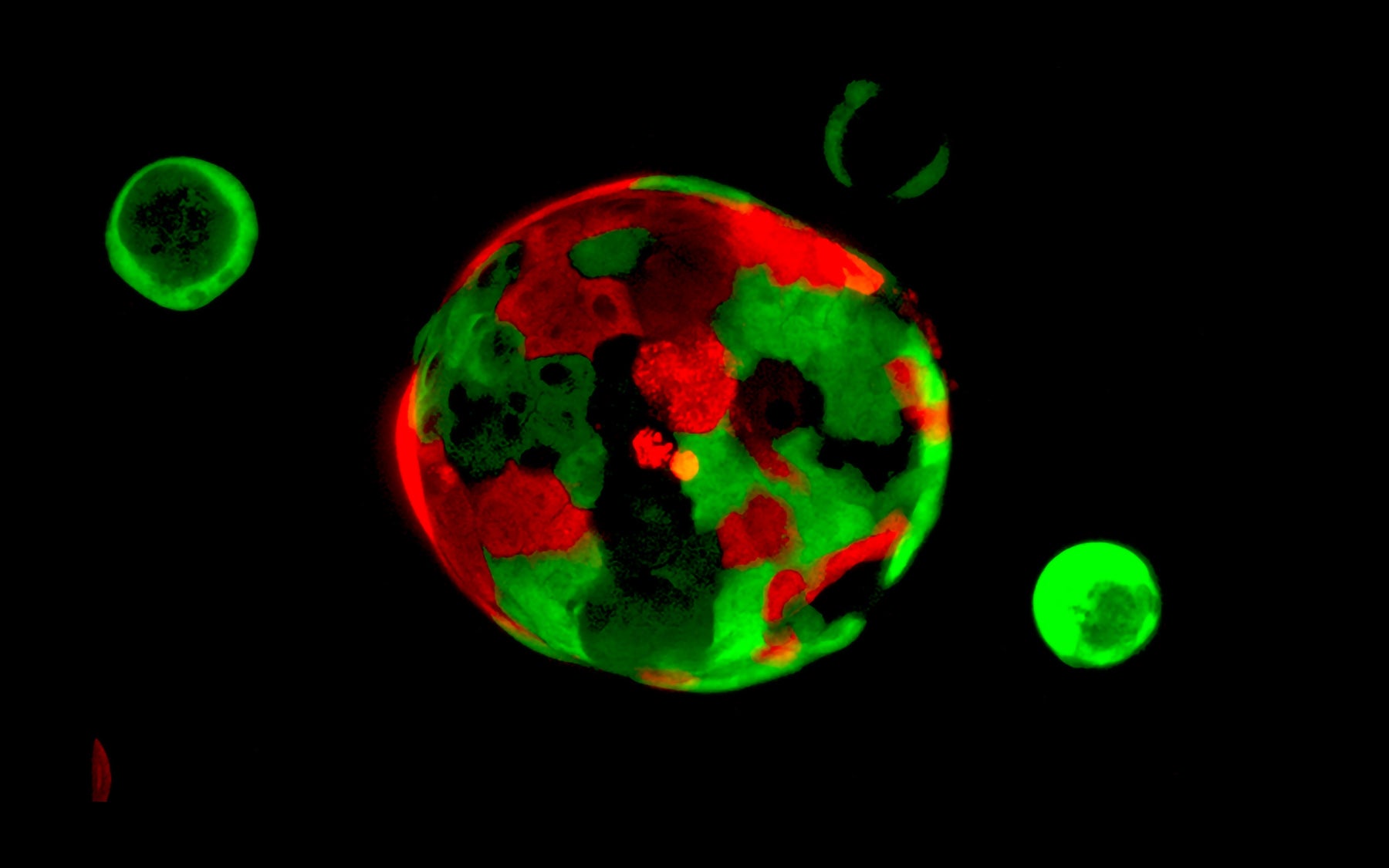 A team of researchers has developed a method to grow pancreatic tissue in a three-dimensional culture system, called organoids. The scientists are able to use tissue not only from laboratory mouse models, but also from human patients. The technology promises to change the way pancreatic cancer research is done, offering a path to personalized treatment approaches in the future.
email envelop icontwitter icon share buttonfacebook icon share buttonlinkedin icon share button

Cold Spring Harbor and Bethpage, NY — Pancreatic cancer is one of the most deadly forms of cancer, with only 6 percent of patients surviving five years after diagnosis. Today, Cold Spring Harbor Laboratory (CSHL) and The Lustgarten Foundation jointly announce the development of a new model system to grow both normal and cancerous pancreatic cells in the laboratory. Their work offers the potential to change the way pancreatic cancer research is done, allowing scientists to interrogate the pathways driving this devastating disease while searching for new drug targets.

In work published today in Cell, the research team describes a three-dimensional “organoid” culture system for pancreatic cancer. Co-led by David Tuveson, CSHL Professor and Director of Research for The Lustgarten Foundation, and Hans Clevers, Professor and Director of the Hubrecht Institute and President of the Royal Netherlands Academy of Arts and Sciences, the team developed a method to grow pancreatic tissue not only from laboratory mouse models, but also from human patient tissue, offering a path to personalized treatment approaches in the future.

All cancer research relies on a steady supply of cells—both normal and cancerous—that can be grown in the laboratory. By comparing normal cells to cancer cells, scientists can then identify the changes that lead to disease. However, both types of pancreatic cells have been extremely difficult to culture in the laboratory.

Furthermore, the normal ductal cells that are able to develop into pancreatic cancer represent about 10 percent of the cells in the pancreas, complicating efforts to pinpoint the changes that occur as the tumor develops. Until now, scientists have been entirely unable to culture human normal ductal pancreatic cells under standard laboratory conditions. Because of these limitations, most pancreatic cancer research relies on genetically engineered mouse models of the disease, which can take up to one year to generate. “With this development, we are now able to culture both mouse and human organoids, providing a very powerful tool in our fight against pancreatic cancer,” explains Tuveson.

The organoids are entirely made up of ductal cells, eliminating the surrounding cell types that often contaminate samples from the pancreas. They grow as hollow spheres within a complex gel-like substance filled with growth-inducing factors and connecting fibers. Once they have grown to a sufficient size, the organoids can be transplanted back into mice, where they fully recapitulate pancreatic cancer. “We now have a model for each stage in the progression of the disease,” says Chang-Il Hwang, Ph.D., one of the lead authors working in The Lustgarten Foundation’s Pancreatic Cancer Research Lab at CSHL directed by Dr. Tuveson.

Traditionally, cancer cells are isolated during surgery or autopsies. Unfortunately, approximately 85 percent of cancer patients are ineligible for surgery at the time of diagnosis, either because the tumor is entwined in critical vasculature or the disease has progressed too far.  Researchers therefore have had limited access to patient samples. The new research provides a way for scientists to grow organoids from biopsy material, which is comparatively easy to obtain. “Biopsies are the standard for diagnosis,” says Dannielle Engle, Ph.D., also a lead author on the paper. “We can now rapidly generate organoids from any patient, which offers us the potential to study the disease in a much wider population.”

The team is now working to create a repository of pancreatic tumor samples, coordinating with the National Cancer Institute. “We hope to make this available to the entire pancreatic cancer research community,” says Tuveson. Additionally, Lindsey Baker, Ph.D., another lead author of the paper, has started holding an “organoid school” for other researchers, and has already taught six laboratories from around the world this technique.

About The Lustgarten Foundation

Meet the seven graduates of the Cold Spring Harbor Laboratory School of Biological Sciences. Congratulations to all.   Read more »