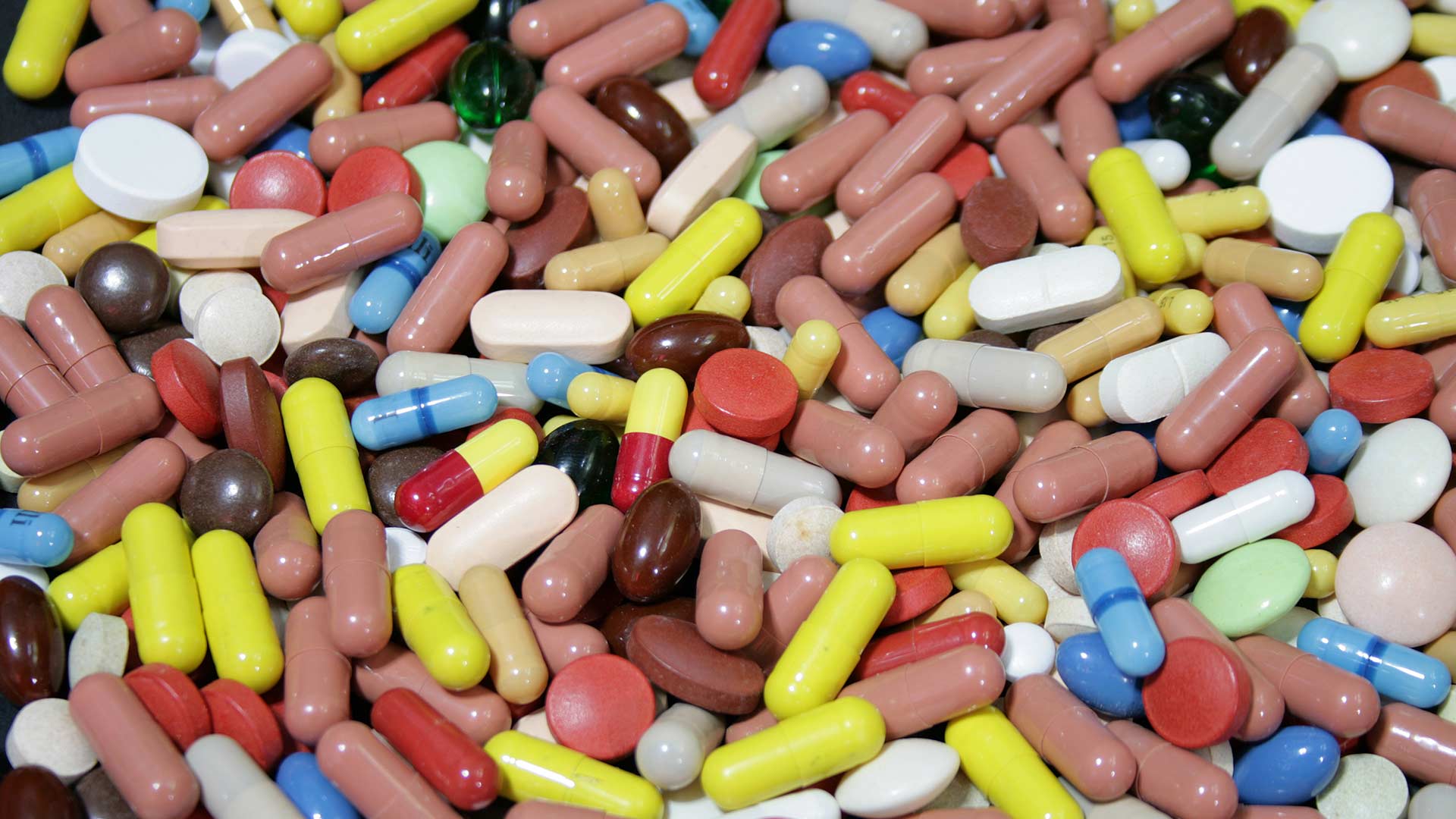 Roughly 97% of cancer drugs have yet to make it through the drug development pipeline, but scientists are finding that many previously abandoned drugs may yet work—just not as planned. Image credit: Pond5

In their long-running effort to defeat cancer, medical researchers have made a startling discovery: A lot of the time, they have no idea how their anti-cancer drugs work. And, strange as it may sound, that is actually great news for future therapies.

“We’re not saying these drugs aren’t good,” explains Ann Lin, a geneticist at Stanford University. “They really do kill cancerous cells, often quite well; they just don’t do the job the way that their developers believed,” she finds. Her work highlights how much of anti-cancer drug discovery is still based on trial-and-error searches. It’s as if your auto mechanic learned to fix your car by kicking the fenders and smacking the hood until it started. That technique might get the job done, but there would be no way to improve it or to figure out what went wrong if it failed the next time. Similarly, oncologists have often been forced to rely on drugs without a clear understanding of their mechanism of action, Lin notes; in essence, they were kicking and smacking the tumors at a molecular level.

Learning what they don’t know about those drugs is a critically important step forward. It is allowing Lin and her colleagues to zero in on the actual, specific molecular mechanisms that really do kill cancerous cells. Now that those mechanisms are being identified, drug developers will be able to carry out targeted searches for other treatments that attack cancer the same way.

Golub, the chief scientific officer and director of the Cancer Program at the Broad Institute of MIT and Harvard, realized that trial-and-error searches could actually be extremely useful if there were a way to make them fast and efficient. Extending the metaphor: If you could rapidly try a million different combinations of hood-smacking and fender-kicking, you would undoubtedly uncover surprising new ways to fix your car. The Golub lab has developed a technique just like that for cancer treatments: A high-speed drug-screening process called PRISM (profiling relative inhibition simultaneously in mixtures), which has already proven spectacularly successful.

If you could rapidly try a million different combinations of hood-smacking and fender-kicking, you would undoubtedly uncover surprising new ways to fix your car.”

Golub sees Lin’s targeted studies and his own, broad-based drug searches coming together in an open-source database of cancer-fighting tools called the Cancer Dependency Map. He and his colleagues describe that map as “the preclinical foundation for cancer precision medicine”—a future in which researchers not only know exactly how their drugs work, but also how to tailor them best to the needs of each individual patient.

These advances come at a critical time. The National Institutes of Health projects that more than 600,000 people will die of cancer this year in the United States, accounting for nearly one out of every four deaths. Progress in cancer treatment has been slow: “Ninety-seven percent of cancer drugs are predicted to fail clinical trials, more than in any other field,” Lin says. Meanwhile, the COVID-19 pandemic has diverted short-term research away from cancer, even as the coronavirus poses a heightened risk to patients with compromised immune systems.

Ninety-seven percent of cancer drugs are predicted to fail clinical trials, more than in any other field.”

When Lin started out, she had no inkling she would be taking on such huge challenges. In 2017, while she was a researcher in the lab of Jason Sheltzer at Cold Spring Harbor Laboratory, she was conducting a seemingly routine analysis of the way that cancer cells use an enzyme called MELK. Numerous studies had determined the cancer cells can’t live without that enzyme, so it seemed like a promising point of vulnerability. Several MELK-blocking compounds were already undergoing clinical trials as potential anti-cancer drugs.

Lin was merely trying to learn a little more about why MELK was so essential. “That’s when we got the big surprise,” she says.

Using a set of gene-editing molecules known as CRISPR/Cas 9, Lin and her collaborators engineered a batch of cancer cells that couldn’t produce any MELK. Instead of dying though, the cells carried on just fine. Puzzled, she ran the experiment a second time; again, the cells lived. The team then conducted similar experiments on five other supposed cancer targets, all of which also had at least one associated anti-cancer drug in clinical trials. In each case, the cancer cells didn’t care about the specific genes allegedly being targeted by the drugs. Yet, somehow, those drugs were killing cancer cells anyway.

CRISPR enabled Lin and her team to examine one of the anti-MELK drugs in detail, and thereby to solve the mystery. They determined that the drug attacks cancer cells through a completely different mechanism than the one its developers thought they were going after: It shuts down an enzyme called cyclin-dependent kinase 11, or CDK11, which regulates cancer growth. Researchers had previously attempted to develop drugs that blocked CDK11, but without success—or so they thought. It turns out they had hit their target without even knowing it.

Armed with this deeper insight, oncologists can begin developing more accurate anti-cancer treatments. Even so, bringing those drugs to market will remain a complicated and time-consuming process. That’s where Golub comes in.

Instead of looking for drugs that kill cancer, studying how they work, and finally testing if they’re safe, Golub’s group started with a pool of medical compounds that had already been cleared for human use. They went prospecting in the Broad Institute’s Drug Repurposing Hub, an enormous collection of unused pharmaceuticals that passed safety tests but didn’t perform well in late-stage clinical trials. Most of the drugs were developed for other diseases, but Golub suspected that some of them serendipitously would prove effective against cancer.

To find out, he pitted 4,518 different drugs against 578 cancer cell lines taken from 24 different types of tumors. It sounds like an insane process of trial-and-error, and just a few years ago it would have been. The PRISM technique is what makes it practical: By attaching a genetic “barcode” to each cell line, the researchers were able to test multiple lines at the same time and automate the whole, data-intensive process.

In the end, the Golub team was amazed to discover that nearly 50 of the unused drugs had anti-cancer activities. Since they had already passed clinical safety trials, these compounds could now speed through the next stages of the testing process. Even more exciting, some of the drugs flagged in this experiment seem to attack cancers in ways not seen in the lab before. These novel cancer-fighters are prime candidates for the kind of CRISPR analysis that Lin performs, potentially revealing undiscovered molecular techniques for fighting cancer.

Almost 50 of the 4,518 discarded drugs had anti-cancer activities.”

This merger of trial-and-error discovery and targeted analysis is already beginning at King Abdullah University of Science and Technology in Saudi Arabia. Sara Althubaiti, a bioinformatics expert at the university, has created artificial intelligence (AI) software that sifts through huge databases describing the genetics of cancer. The AI ferrets out previously undiscovered relationships between DNA mutations and cancer behavior. It has already identified dozens of potential anti-cancer target genes—the kind of information needed to fill in Golub’s Cancer Dependency Map.

Lin is heartened to see her early, seemingly botched experiments contributing to this new assault on cancer. With CRISPR precision and PRISM breadth working together, she says, “we might be able to create a more rigorous preclinical pipeline.” No fender-kicking required.

The cancer answer that wasn’t

We look at the "reproducibility crisis" in science, with a cancer researcher discovering something he didn't expect while experimenting with MELK   Read more »

The year of CRISPR

A look at the various labs across CSHL that utilize CRISPR in their research, and the groundbreaking discoveries they help uncover.   Read more »

By revealing evidence that contradicts the rationale for a new cancer drug, a pair of student scientists learns firsthand that when you do science.   Read more »