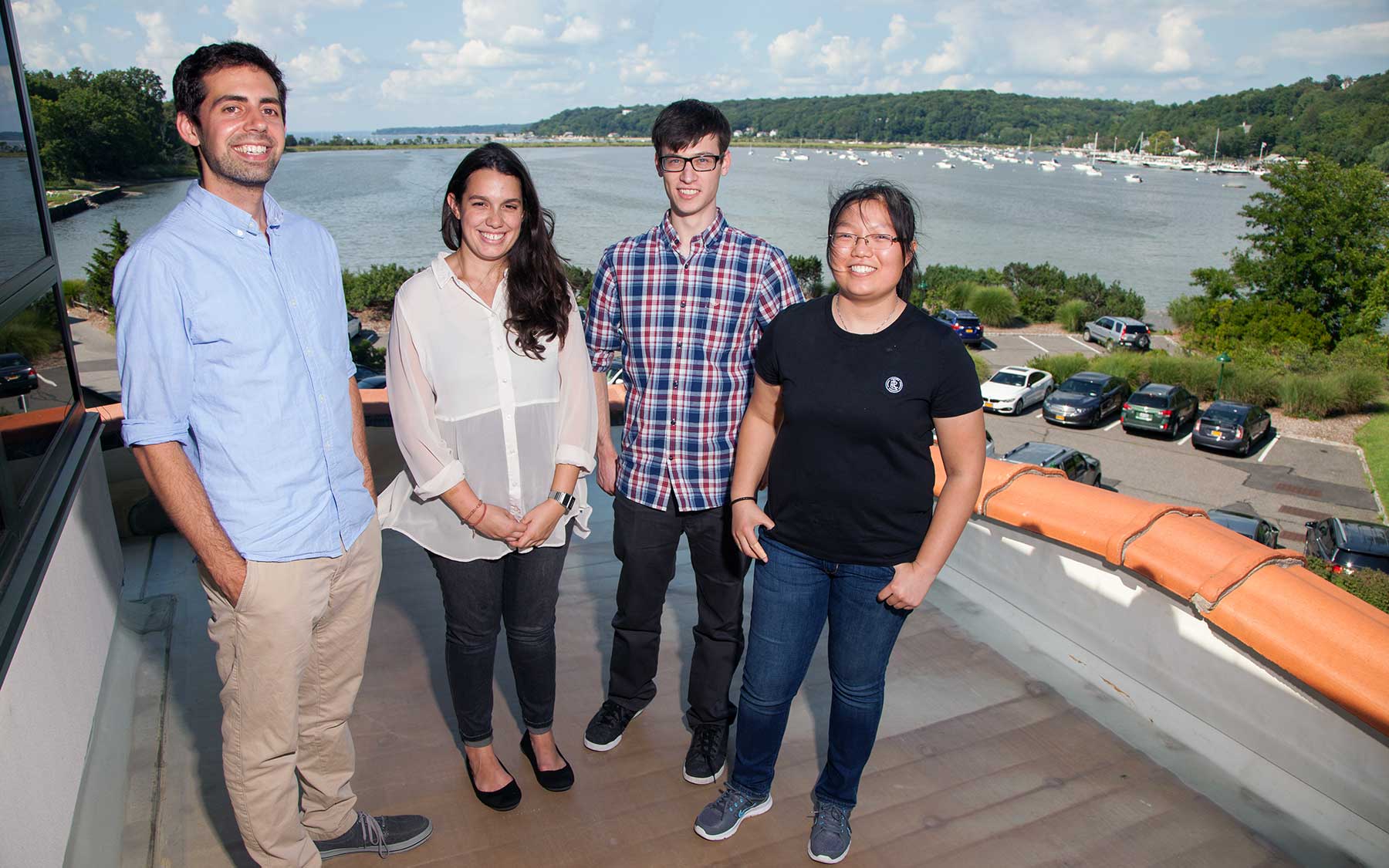 By revealing evidence that contradicts the rationale for a new cancer drug, a pair of student scientists learns firsthand that when you do science, you must ultimately treat everything as a hypothesis.

At first, Ann Lin and Chris Giuliano thought, “we must have done something wrong.” The two Stony Brook undergrads are cancer researchers in the lab of CSHL Fellow Jason Sheltzer, and when their results just didn’t add up with what many established scientists had already found, it was reasonable, as a starting point, to doubt themselves.

The source of their confusion was a gene called MELK. Many experiments by other scientists had turned up evidence that breast cancer cells need MELK to survive and multiply—so much evidence that a drug believed to target MELK is now being used to treat cancer patients in clinical trials. Lin and Giuliano used a new, highly accurate genome editing tool called CRISPR to get rid of MELK in breast cancer cells—to test if the cells really did depend on it to survive. If the dependency was real, the cancer cells would die.

Instead, they found that the breast cancer cells got along just fine without MELK. Just as surprising, the drug still worked to limit growth of the MELK-less cells.

Lin and Giuliano did the experiment again, tested their method in other cells, and still came up with the same results, which is reported today in the journal eLife. By revealing that the drug must target a protein besides MELK, the pair of student scientists learned firsthand that when you do science, you must ultimately treat everything as a hypothesis.

“I was always told that the way you do science is you pick your favorite hypothesis and then you struggle as hard as you can to disprove it,” says Sheltzer, their mentor. “If at the end of the day you fail to disprove your hypothesis, then you have to accept it because you did everything you could against it.”

CRISPR only recently became “one of those things that scientists could do” to try to disprove their hypotheses. For the most part, it wasn’t available when the previous scientists were forming those initial conclusions about MELK. Before CRISPR came along in 2013, the best tool available for blocking the activity of genes was a technology called RNA interference, or RNAi. Whereas CRISPR allows scientists to totally “silence” a gene, RNAi only allows them to lower its volume.

The new findings demonstrate how CRISPR can help validate new drugs before they get to the clinic, and why new technologies like it are vital to the self-correcting nature of science. It’s an interesting moment to be helping to teach young scientists that, as Sheltzer puts it, “people should trust the scientific method, the process which we use to get to answers, rather than the answers at any given point.” Last year, in a survey by the journal Nature of over 1,500 researchers, 90 percent agreed that science is going through a “reproducibility crisis.” Scientists are having trouble getting the same results as their peers when they do the same experiment.

Reproducibility is important to scientific integrity. Yet, as Sheltzer points out, “if another experiment is flawed in some way, then just repeating it exactly as another group did doesn’t get us any closer to the truth.” With CRISPR, Sheltzer’s team was able to block MELK more precisely than was possible with the RNAi technology used in the previous research.

Sheltzer and his team weren’t exactly looking to reproduce an existing experiment, but they were eager to see what this new technology could tell them. They were looking for “cancer cell addictions”—genes that cancer cells absolutely depend upon to survive and grow—and started with the ones scientists had identified previously. “People have done large-scale screens like the ones that we were intending to do based on RNAi, so we wanted to see how it would work with CRISPR,” Giuliano says.

When they started out, no one in Sheltzer’s lab thought that their test was about MELK. They actually included MELK as a point of comparison, Sheltzer says, because, “we thought, ‘this is an example of a well-studied gene,’ and when we mutate it with CRISPR, the cancer cells are going to die.” In real-world science, unlike in a college class, the most important tests are the ones you couldn’t have prepared for.