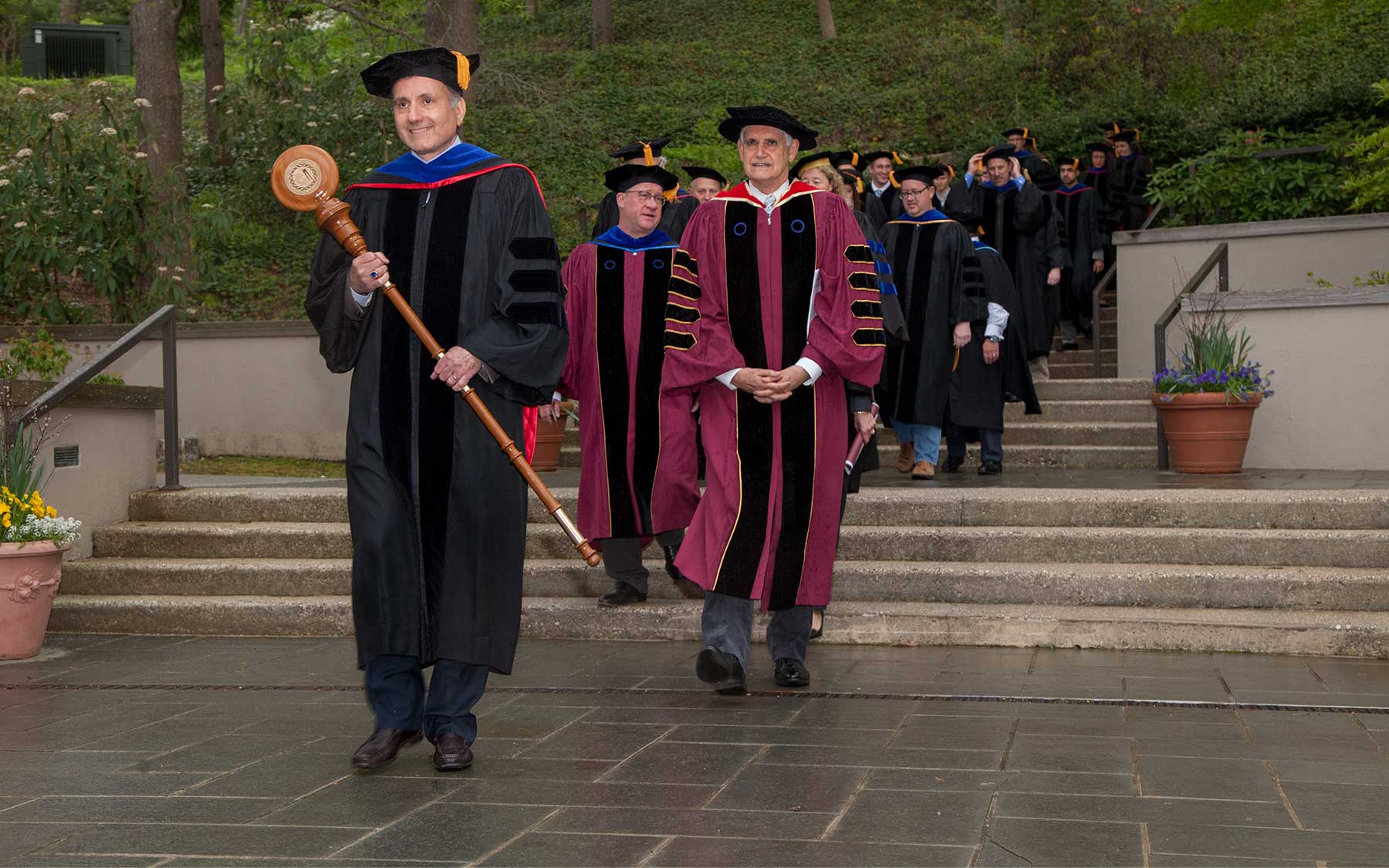 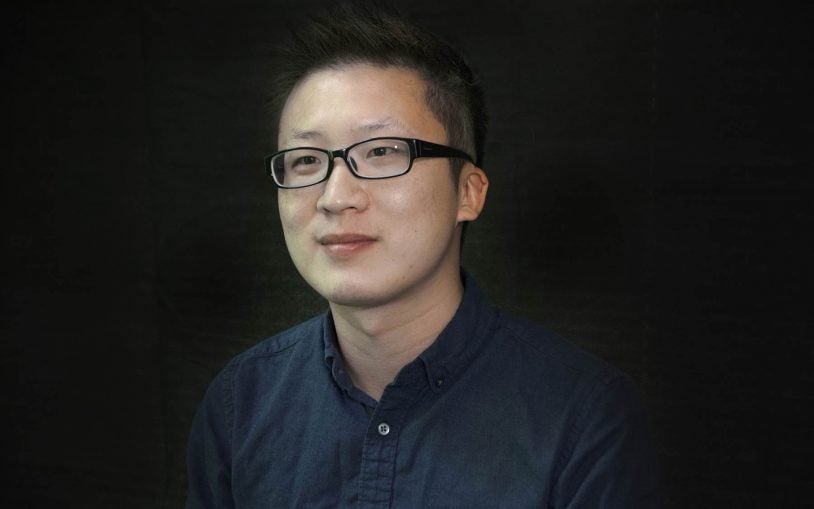 “If you want to do science, this is where you should go,” said Dr. Frederick Alt, one of my mentors who encouraged me to take on the challenge of becoming a scientist here at Cold Spring Harbor Laboratory. Ever since I first visited the lab during my interview, I was intrigued by its prestigious position and exceptional achievements in history. The scientific environment at CSHL has harbored innovative ideas and technology developments that enabled researchers to understand and fight human diseases. Inspired by these passionate scientists, I was fortunate to conduct my thesis research in Molly Gale Hammell’s laboratory, studying how melanoma cells develop resistance after drug treatments. Molly always encouraged me to explore new opportunities, such as single-cell sequencing technology, machine learning, and data visualization using virtual reality. Over the years, I learned to critically think about the questions, to design experiments with appropriate controls, and to gain new insights even from unexpected results. I will always remember my time here at the Watson School for the generous support I received, inspiring people I have met, and true friendships I have made. I am grateful for what made me who I am today and want to share this happiness with my parents, family members, and beloved friends. 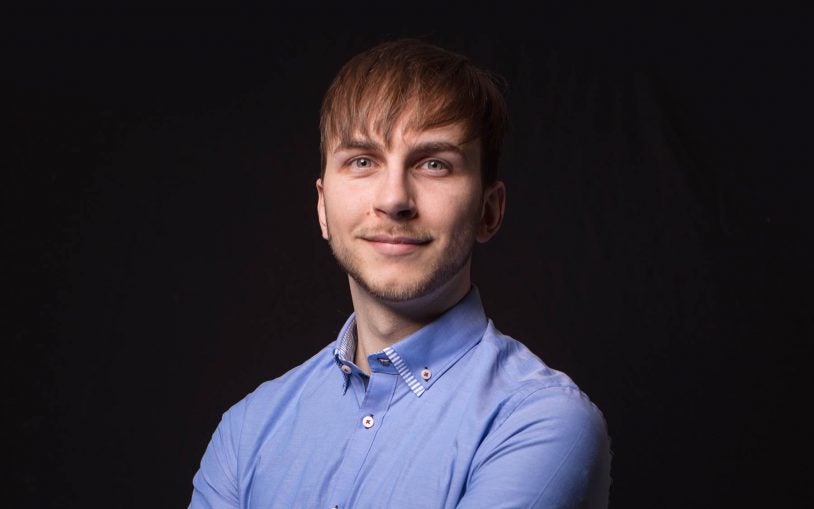 I almost canceled my flight to interview with the Watson School. I had just begun my study abroad in Hong Kong, and had got a sinus infection. Flying around the world and confidently making it through 10 interviews feeling unwell and 12 hours jet-lagged seemed unlikely. At the time, I didn’t understand why I couldn’t just interview over the phone.

The necessity of an in-person interview became quickly apparent—the Watson School had to communicate two important feelings. One was that this school will take care of you. The private car and generous accommodation assured me that if I come here, I should be able to focus on research without unnecessary distractions. The second was that Cold Spring Harbor Laboratory is an uncommon place. It is a scenic harbor hiding away from New York City, home to world-class research and host to the world of researchers. Even if I had just stayed put for four years, the flow of scientists through CSHL conferences and courses would make global connections and collaborations easy. But I didn’t have to stay put—the generosity of the Watson School enabled me to travel, taking courses in Santa Barbara, Aspen, and Okinawa, as well as participating and presenting in conferences in Korea, Utah, and Barcelona.

While these opportunities were important, they are peripheral to the education and research training I received as a student here. Under Alexei Koulakov’s mentorship, I grew from someone who could contribute to research, to someone who could lead research. For this and all the memorable experiences and opportunities I had, I am glad I got on that flight. 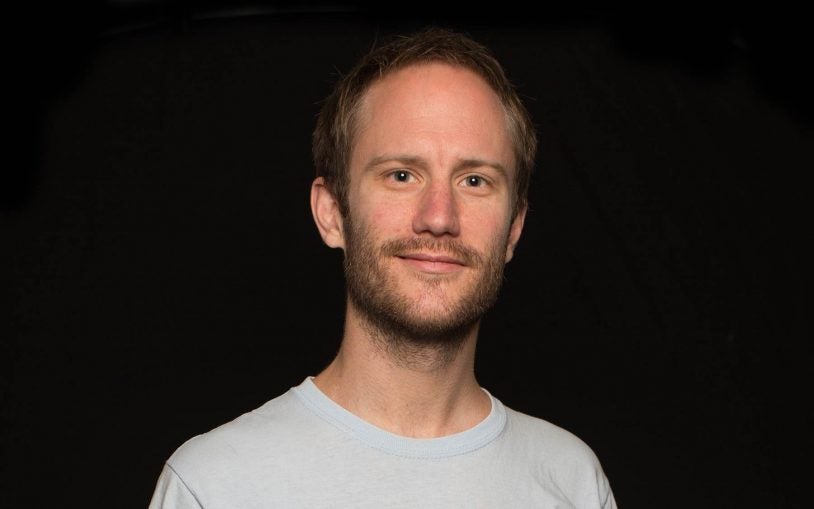 It was with great respect and trepidation that I set foot on Cold Spring Harbor Laboratory’s campus for the first time. These feelings only sharpened as I entered the Marks building, a place—I was dimly aware—that held memories of key achievements in neuroscience. However, this intimidation soon gave way to enthusiasm, as the atmosphere (on campus as a whole) revealed itself as interactive and friendly, yet professional; in one word, enabling.

How people and places shape oneself comes into sharp focus only once we leave these influences behind. Critical reflection, curiosity and broad interest, the right mix of humility and ambition: these all stand out as achievements of the CSHL community that I am proud to have internalized.

I was fortunate to have Tony Zador and Florin Albeanu as mentors, who let me explore freely while always being there with crisp and insightful advice—not only regarding my project, but also regarding life’s choices. But there were many more mentors than the two of them, spread over several labs and Watson school generations. I owe my deepest gratitude to all of them! 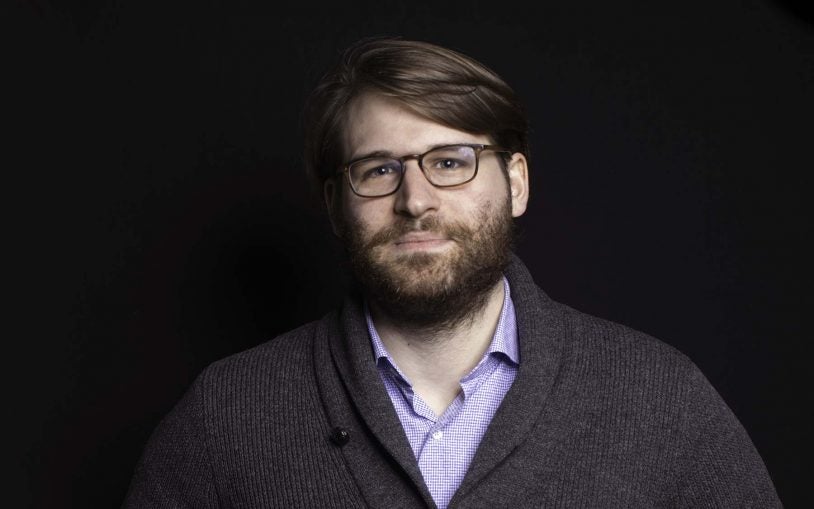 After drifting into computational neuroscience from Engineering, I felt I needed to get my hands dirty and cross the bridge to the experimental side. Cold Spring Harbor had the perfect scientific environment with numerous laboratories working at the interface of experiments and theory, and I was very excited to receive my offer.

I was fortunate to do my thesis research in Adam Kepecs’ laboratory, studying how representations of decision confidence are represented in the cortex. The journey took me from quantitative models of behavior to single neuron recordings passing through new mathematical methods for analyzing neural data and potential clinical applications of our research. I was also very fortunate that Adam’s lab is part of the Marks building community, in which the boundaries between labs are very permeable and scientific discussions abound. Much of what I learned about the broader field of neuroscience came from these interactions, and I am sure I will miss them in the future.

The size of the Laboratory makes it a unique community where everyone knows each other, and this allowed me not only to learn how to do science but also what it takes to make science happen. I leave the Watson School with many colleagues and friends that I know I will keep for many years. 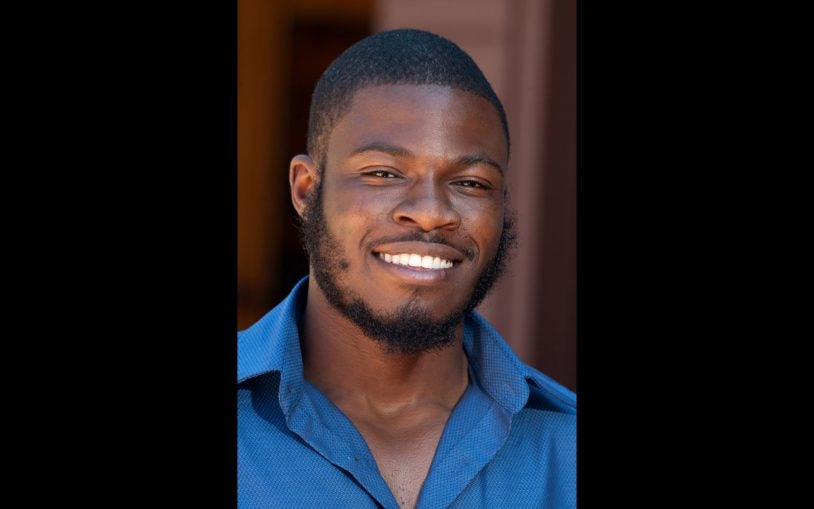 The decision for me to attend the Watson School of Biological Sciences was a no-brainer. My fondest recollection from the interview weekend was the sense of camaraderie and community at CSHL. The Watson School provided me with a fantastic research environment and access to dedicated faculty. The stimulating atmosphere enabled me to learn and grow tremendously. Coming from an engineering (undergraduate) background, I enjoyed the experience of the core coursework and qualifying exam in the first year, which strengthened my ability to think critically and taught me how to formulate and approach scientific problems. I know that my training and experiences at CSHL will remain with me and help shape and influence my future endeavors. 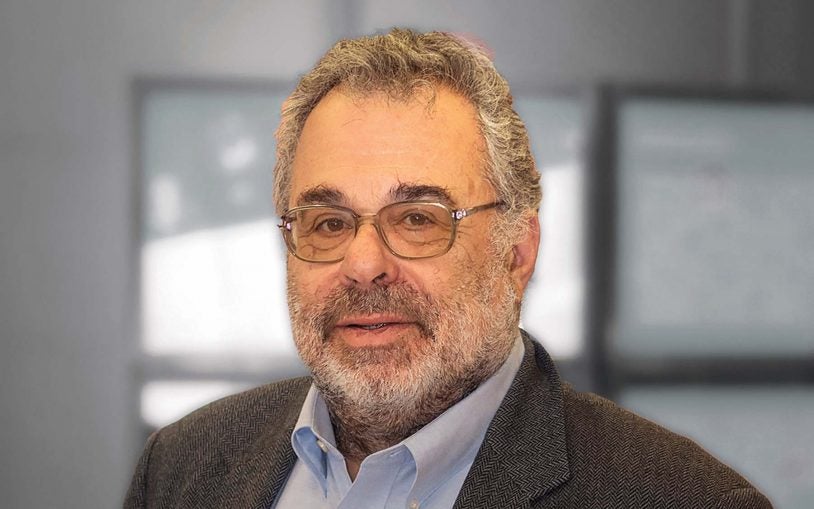 David Botstein, Ph.D. is a prominent geneticist whose advocacy for gene mapping was crucial in laying the groundwork for the Human Genome Project. He is currently the Chief Scientific Officer of Calico (“California Life Company”). Calico, a biotechnology company focused on longevity and health, was established by Google, Inc. in 2013.

David graduated from Harvard and received his Ph.D. from the University of Michigan. He joined the faculty of MIT, rising through the ranks from Instructor to Professor of Genetics. In 1987 he moved to Genentech, Inc. as Vice President—Science, and in 1990 he joined Stanford University’s School of Medicine, where he was Chairman of the Department of Genetics. In 2003 he joined Princeton as the Anthony Evnin Professor of Genomics and Director of the Lewis-Sigler Institute of Integrative Genomics. Under his leadership, a new graduate program, the Quantitative and Computational Biology program, was established, as well as the Lewis-Sigler Fellow program for early career scientists. David co-taught the Advanced Bacterial Genetics Course at Cold Spring Harbor Laboratory in the 1970s, where he also did research while on sabbatical in 1974–75.

David is a member of the U.S. National Academy of Sciences and the Institute of Medicine. He has served on the NAS/NRC study on the Human Genome Project (1987–88), the NIH Program Advisory Panel on the Human Genome (1989–90), the Advisory Council of the National Center for Human Genome Research (1990–95) and the Advisory Committee to the Director, National Institutes of Health (2003–08). He has been a member of the Board of Trustees of Cold Spring Harbor Laboratory and currently Rockefeller University. His numerous awards include the Eli Lilly Award, the Genetics Society of America Medal, the Allen Award of the American Society of Human Genetics, the Dickson Prize, the Rosenstiel Award, the Gruber Prize in Genetics, the Albany Prize, the Dan David Prize, and the Breakthrough Prize in Life Sciences. 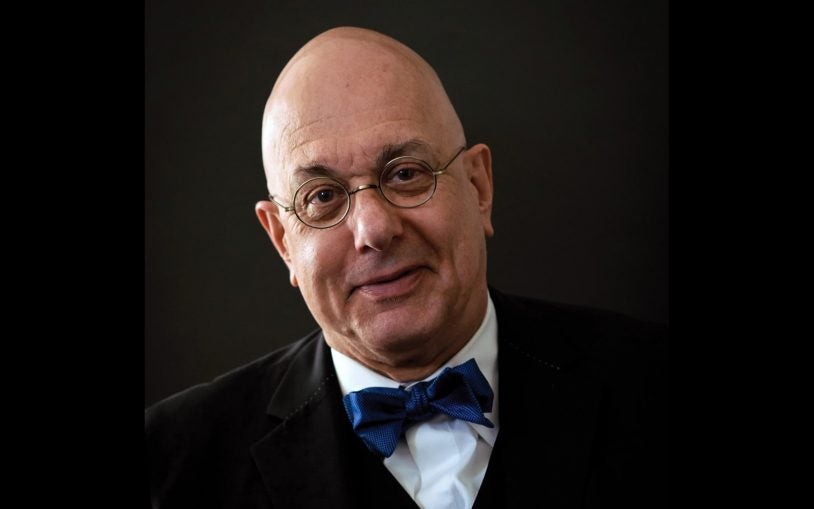 Leon Botstein has been the president of Bard College since 1975, where he is also the Leon Levy Professor in the Arts and Humanities. Dr. Botstein’s accomplishments at Bard demonstrate his long-standing advocacy for the reform of education and the right of disadvantaged populations to its access. Under his leadership, Bard has become both a prominent educational institution in the U.S. and an international leader in liberal arts education, with joint-degree programs in Russia, the West Bank of the Jordan River, Kazakhstan, and Myanmar. Dr. Botstein’s model for reforming and accelerating American high-school education, described in his book Jefferson’s Children: Education and the Promise of American Culture (1997), has been realized with the great success of Bard’s public high schools in New York, Newark, the Harlem Children’s Zone, New Orleans, Cleveland, and Baltimore, which were recognized for their excellence by President Obama. Bard’s innovative liberal arts B.A. degree-granting program in five New York State prisons is expanding into a national network. Dr. Botstein is currently chairman of the board of the Central European University and a board member of the Open Society Foundations.

Since 1992, Dr. Botstein has been music director of the American Symphony Orchestra and a conductor of international renown. He has pioneered the concept of thematic concert programming, relating musical works to extra-musical themes drawn from history, literature, politics, and the visual arts, and is widely known for the rediscovery of neglected repertoire. He is also co-artistic director of the acclaimed Summerscape and Bard Music Festivals. Dr. Botstein publishes widely on the subjects of music, history, culture, and education.

Leon Botstein received M.A. and Ph.D. degrees in history from Harvard. Honors include the National Arts Club Gold Medal, the Centennial Medal of the Harvard Graduate School of the Arts and Sciences, the Austrian Cross of Honour for Science and Art, and the Award for Distinguished Service to the Arts from the American Academy of Arts and Letters. In 2009, he received the Carnegie Academic Leadership Award, and was elected to the American Philosophical Society in 2010.