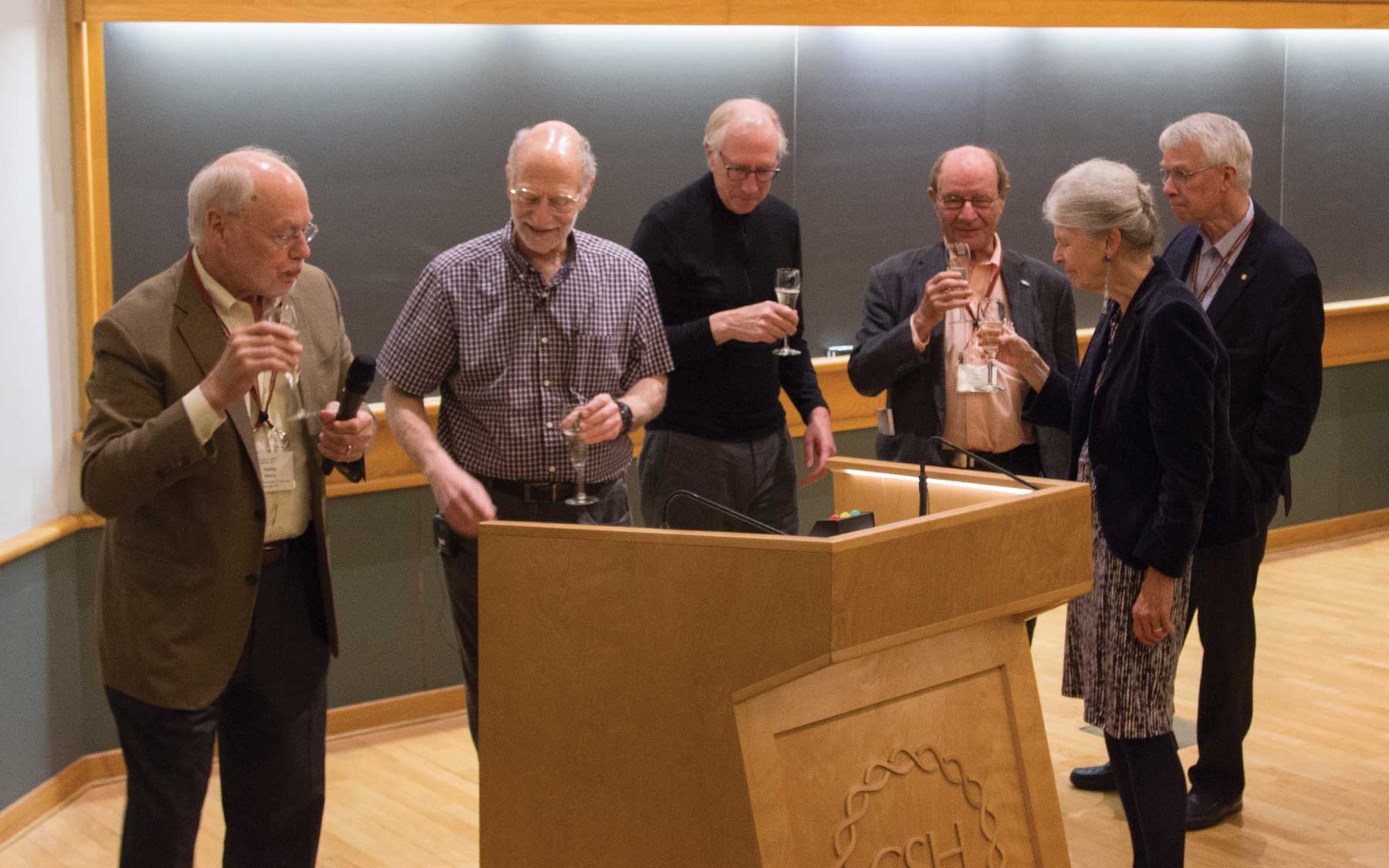 Four decades ago, scientists made a discovery that “completely transformed all of biology,” according to Nobelist James Watson. Two leaders of the research had spent their early years at CSHL. In 1977, Phillip Sharp (then at MIT) and Richard Roberts (at CSHL) independently discovered RNA splicing. The game-changer was the realization that information encoded in the DNA of our genes and copied into molecules of RNA has to be edited—spliced—before it can be used by our cells to direct protein synthesis. It was a completely unexpected discovery that won them the Nobel Prize in 1993. It was, says Roberts, the product of raw curiosity, years of persistent experimentation, and just a dash of “pure serendipity.”

Splicing helps explain the astonishing diversity of human proteins. It’s also a source of error in many genetic illnesses. Its discovery was a classic instance of basic research paying off. “If all you do is focus on some goal at the far end, and try to make it into a straight line,” Roberts says, “you’re almost guaranteed to miss all the little interesting sidelines that will lead to true discovery!” It took 40 years from the discovery of splicing to the development of a therapeutic that manipulates the splicing process to make a protein that helps children overcome a deadly disease known as Spinal Muscular Atrophy. Learn more in our special interactive feature @ labdish.cshl.edu/sma

In October, CSHL celebrated the scientists and the continuing evolution of knowledge about splicing with a scientific meeting: Forty Years of mRNA Splicing: From Discovery to Therapeutics. It was the eleventh in a series organized by the CSHL Meetings & Courses Program together with the Genentech Center for the History of Molecular Biology and Biotechnology. Visit History of Science Meetings for more about all of the meetings.