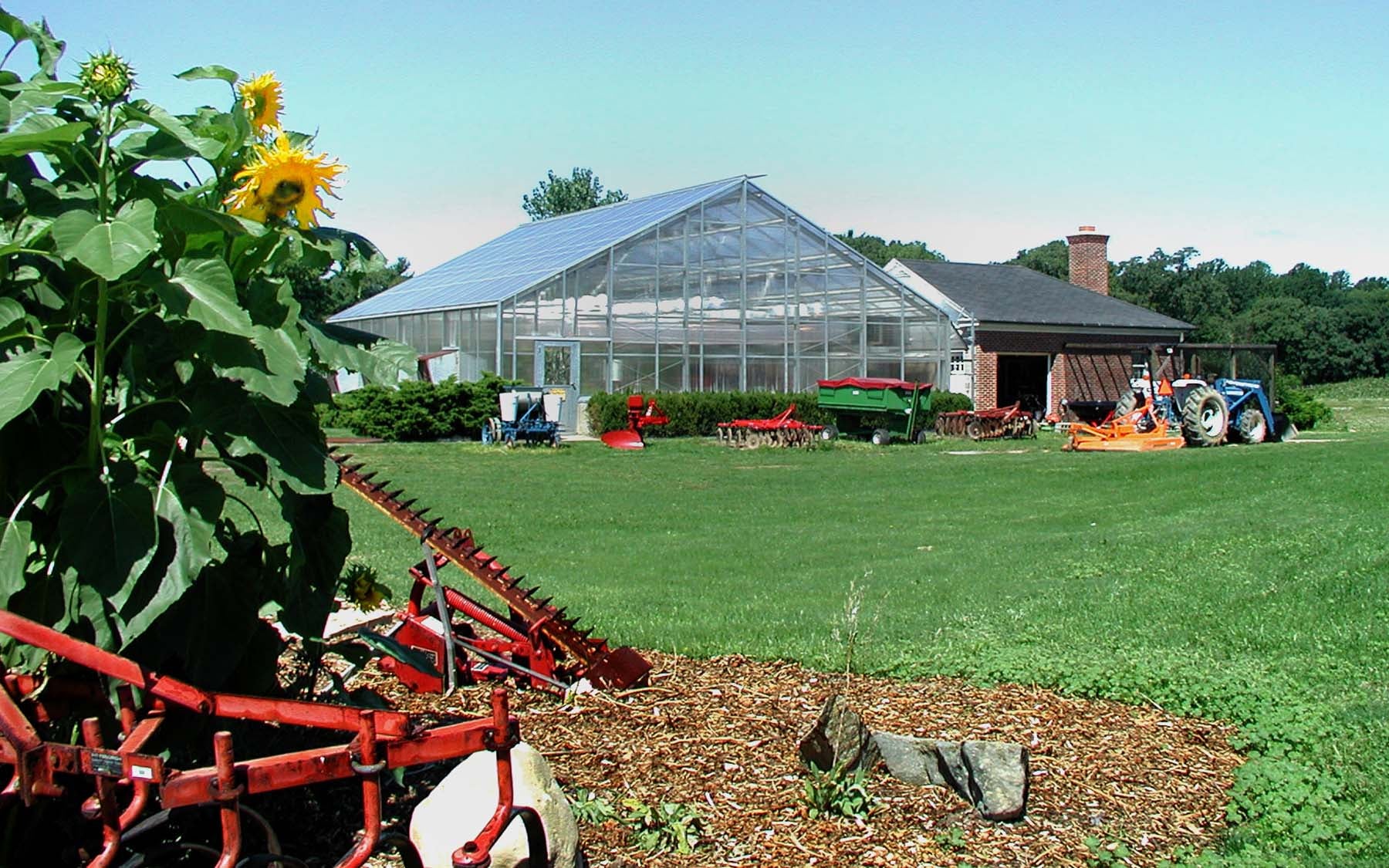 As a growing population and climate change threaten food security, researchers around the world are working to overcome the challenges that threaten the dietary needs of humans and livestock. A pair of scientists is now making the case that the knowledge and tools exist to facilitate the next agricultural revolution we so desperately need.

Cold Spring Harbor Laboratory (CSHL) Professor Zach Lippman, a Howard Hughes Medical Institute investigator, recently teamed up with Yuval Eshed, an expert in plant development at the Weizmann Institute of Science in Israel, to sum up the current and future states of plant science and agriculture.

What we’re asking is, ‘If fast-forward breeding, such as with gene editing, is possible, what should we be doing now?’”

Their review, published in Science, cities examples from the last 50 years of biological research and highlights the major genetic mutations and modifications that have fueled past agricultural revolutions. Those include tuning a plant’s flowering signals to adjust yield, creating plants that can tolerate more fertilizer or different climates, and introducing hybrid seeds to enhance growth and resist disease.

Beneficial changes like these were first discovered by chance, but modern genomics has revealed that most of them are rooted in two core hormonal systems: Florigen, which controls flowering; and Gibberrellin, which influences stem height.

Lippman and Eshed suggest that in an age of fast and accurate gene editing, the next revolutions do not need to wait for chance discoveries. Instead, by introducing a wide variety of crops to changes in these core systems, the stage can be set to overcome any number of modern-day challenges.

To explain their point, the scientists reviewed research that focused on key moments in agricultural history, such as the Green Revolution.

Before the 1960s, fertilizing for a large wheat yield would result in the plants growing too tall. Weighed down with their grainy bounty, the wheat stems would fold and rot away, resulting in yield losses. It was only after Nobel laureate Norman Borlaug began working with mutations that affect the Gibberellin system that wheat became the shorter and reliable crop we know today. Borlaug’s dwarfing was also applied to rice, helping many fields weather storms that would have been catastrophic only years before. This reapplication of the same technique to a different plant hinted that a core system was in play.

More recent examples Lippman and Eshed mention include the changes undergone by cotton crops in China. There, growers turned the normally sprawling, southern plantation plant into a more compact, faster flowering bush better suited for China’s northern climate. To do so, they took advantage of a mutation that affects Florigen, which promotes flowering, and its opposite, Antiflorigen.

This kind of change is related to Lippman’s works. He often works with tomatoes and explained that an Antiflorigen mutation in tomato was also the catalyst that transformed the Mediterranean vine crop into the stout bushes grown in large-scale agricultural systems throughout the world today. What’s striking, Lippman said, is that cotton is quite unlike any tomato.

“They’re evolutionarily very different in terms of the phylogeny of plants. And despite that, what makes a plant go from making leaves to making flowers is the same,” he said. “That core program is deeply conserved.”

As the review details, this has defined what makes an agricultural revolution. A core system—either Gibberellin, Florigen, or both—is affected by a mutation, resulting in some helpful trait. In a moment of pure serendipity, the plants boasting this trait are then discovered by the right person.

It then takes many more years of painstaking breeding to tweak the intensity of that mutation until it affects the system just right for sustainable agriculture. It’s like tuning an instrument to produce the perfect sound.

Lippman and Eshed note that CRISPR gene editing is speeding up that tuning process. However, they show that the best application of gene editing may not be to just tune preexisting revolutionary mutations, but instead, to identify or introduce new ones.

“If past tuning has been creating genetic variation around those two core systems, maybe we can make more variety within those systems,” he said. “It would certainly mitigate the amount of effort required for doing that tuning, and has the potential for some surprises that could further boost crop productivity, or adapt crops faster to new conditions.”

A future in… chickpeas?

More of that genetic variety could also set the stage for new agricultural revolutions. By introducing genetic variation to those two core systems that define most revolutions, farmers might get to skip the serendipitous waiting game. Chickpea is one example.

“There’s a lot more room for us to be able to create more genetic diversity that might increase productivity and improve adaptation survival in marginal grounds, like in drought conditions,” Lippman said.

Drought resistance is just one benefit of under-utilized crops. Past revolutions have allowed crops to be more fruitful or to grow in entirely new hemispheres. Having a means to continue these revolutions with more crops and at a greater frequency would be a boon in a crowded, hungry, and urbanizing world.

“Given that rare mutations of Florigen/Antiflorigen and Gibberellin/DELLA mutations spawned multiple revolutions in the past, it is highly likely that creating novel diversity in these two hormone systems will further unleash agricultural benefits,” the scientists wrote.

Eshed and Lippman, Revolutions in agriculture chart a course for targeted breeding of old and new crops, Science, 05 Sep 2019.