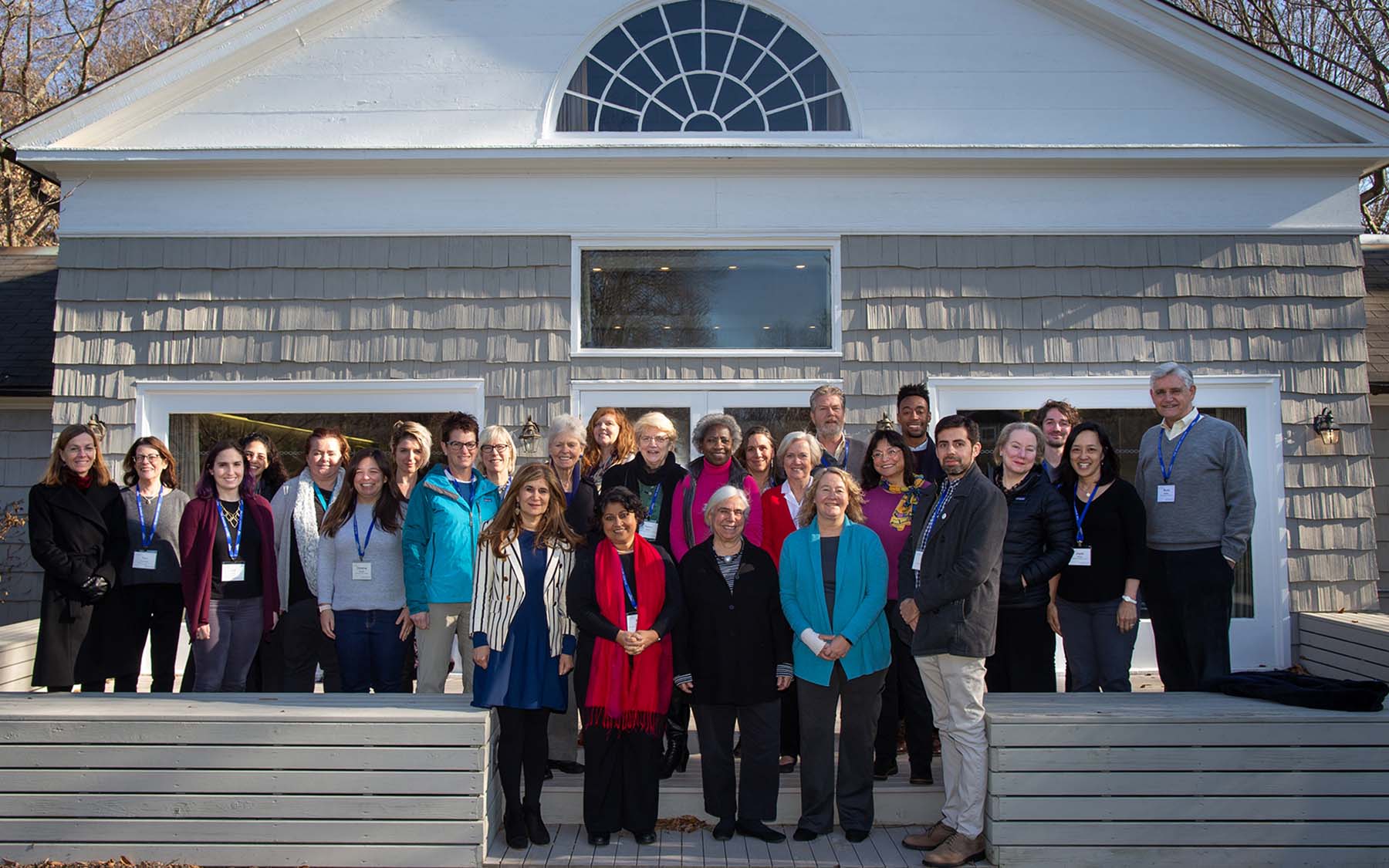 In a policy paper published in the journal Science, scientists from a variety of fields highlight key ways institutions and funding agencies can help address sexual harassment and gender bias in the STEM workplace.

A diverse group of scientists gathered last December at the Banbury Center in Cold Spring Harbor, NY, to confront how institutions and funding agencies can prevent sexual harassment and gender bias in the STEM workforce.

The conclusions from the meeting are highlighted in a new paper published in Science, which included 23 authors from a variety of fields. The authors hope the ideas will impact a broad audience.

“The report really lays out the continuum of behaviors that drive people out of science,” said Carol Greider, Director of Molecular Biology and Genetics at Johns Hopkins University, and first author on the paper.

Gender diversity in STEM has been a persistent issue in academia. Throughout his career, Cold Spring Harbor Laboratory Fellow Jason Sheltzer noticed gender bias in hiring. He has published research pointing out that women were underrepresented in research labs where the PI had won a Nobel Prize or been elected to the National Academy of Sciences, and for independent fellow positions.

“We’re at this junction point where there is overwhelming evidence describing the barriers that women can face in STEM careers, and there is much less data about what the best way to address it is,” Sheltzer said.

CSHL President Bruce Stillman noticed this research and tapped Sheltzer to organize the Banbury Meeting with Greider, a CSHL alumni and Nobel laureate.

“The goal of the CSHL-funded meeting was to identify best practices at institutions that help women faculty with their research careers. CSHL has introduced a number of initiatives such as subsidized on-site childcare, childcare assistance when traveling on business, and grant writing assistance to help scientists,” said Stillman, a co-author of the paper. “It is important for institutions to provide resources and an environment that allows all scientists to maximize their focus on research.”

A report released by National Academy of Sciences in 2018 emphasized the problem of sexual harassment and its intersection with gender harassment and unconscious bias.

Nilanjana Dasgupta, Professor of Social Psychology at the University of Massachusetts Amherst and an author on the paper, sees this Science paper as a call to action that follows up on the National Academy’s report.

“I think the solutions to sexual harassment and gender bias problems cannot solely rest with individual actors and their good intentions,” she said. “There have to be structural solutions, policies, procedures, incentives to be fair, and checks in the system to ensure that the solutions are working as intended.”

One of the main suggestions in the report is for increased accountability for misconduct.

The report also urges funding agencies to ask for disclosure of any credible findings or settlements from investigators and institutions.

To have the most impact, Sheltzer said the policies need to be strictly implemented from top-down, from large funding agencies to institutions. “If the NIH says if you sexually harassed someone, you lose a grant. That has a huge impact,” he said.

The report also proposes eliminating systemic bias by promoting transparency. Institutions should disclose data on starting salaries and internal grants, include mentorship as a premise for promotion, and encourage work-life balance for all scientists.

“I’ve been a department chair at Johns Hopkins for 17 years and I saw that mentoring and mentoring style aren’t really the things that are rewarded in terms of promotion and advancement,” Greider said. “Those behaviors are really an impediment to women in science.”

CSHL and Johns Hopkins are among 43 institutions that signed an action collaborative by The National Academies of Sciences, Engineering, and Medicine on preventing sexual harassment in higher education. It’s one of the many initiatives to come out of the Lab’s Office of Diversity, Equity, and Inclusion (DEI). CSHL has committed to implement and test new programs, policies, and practices, and share the results with other member institutions.

“Science is a team endeavor, and it has long been known that diverse teams outperform those comprised only of high-performing individuals,” said Charla Lambert, CSHL’s DEI officer. “Despite this, academic science remains stubbornly homogenous, and that equates to a stubborn loss of both scientific talent and scientific progress.”

Promoting a variety of voices can contribute to a diverse way of looking at things. “If you always have people that have the same view testing out hypotheses, you’ll be stuck in your own bubble and won’t be able to advance the science,” Greider said.

The Banbury meeting to Greider was a microcosm for the work that’s able to happen when diverse voices can work together, communicate, and listen to different inputs on the problem at hand.

“If you have an environment where there’s bullying, harassment, sexual harassment, then there cannot be open, clear communication and creative science occurring,” Greider said.

There’s an argument for separating science from scientist, tolerating misconduct when it comes from an accomplished person, but Sheltzer sees another facet.

“I think we’re worried about all of the budding scientists who don’t get a chance to become professional scientists. All of the people who are harassed out of careers in science,” he said. “We are losing many brilliant scientists, a large fraction of the population. That’s a more pressing concern in my view.”

In a policy paper published in the journal Science, scientists from a variety of fields highlight key ways institutions and funding agencies can help address sexual harassment and gender bias in the STEM workplace.

The case for open and inclusive science

America must continue to a place where the most talented people in the world want to live, study and work.   Read more »