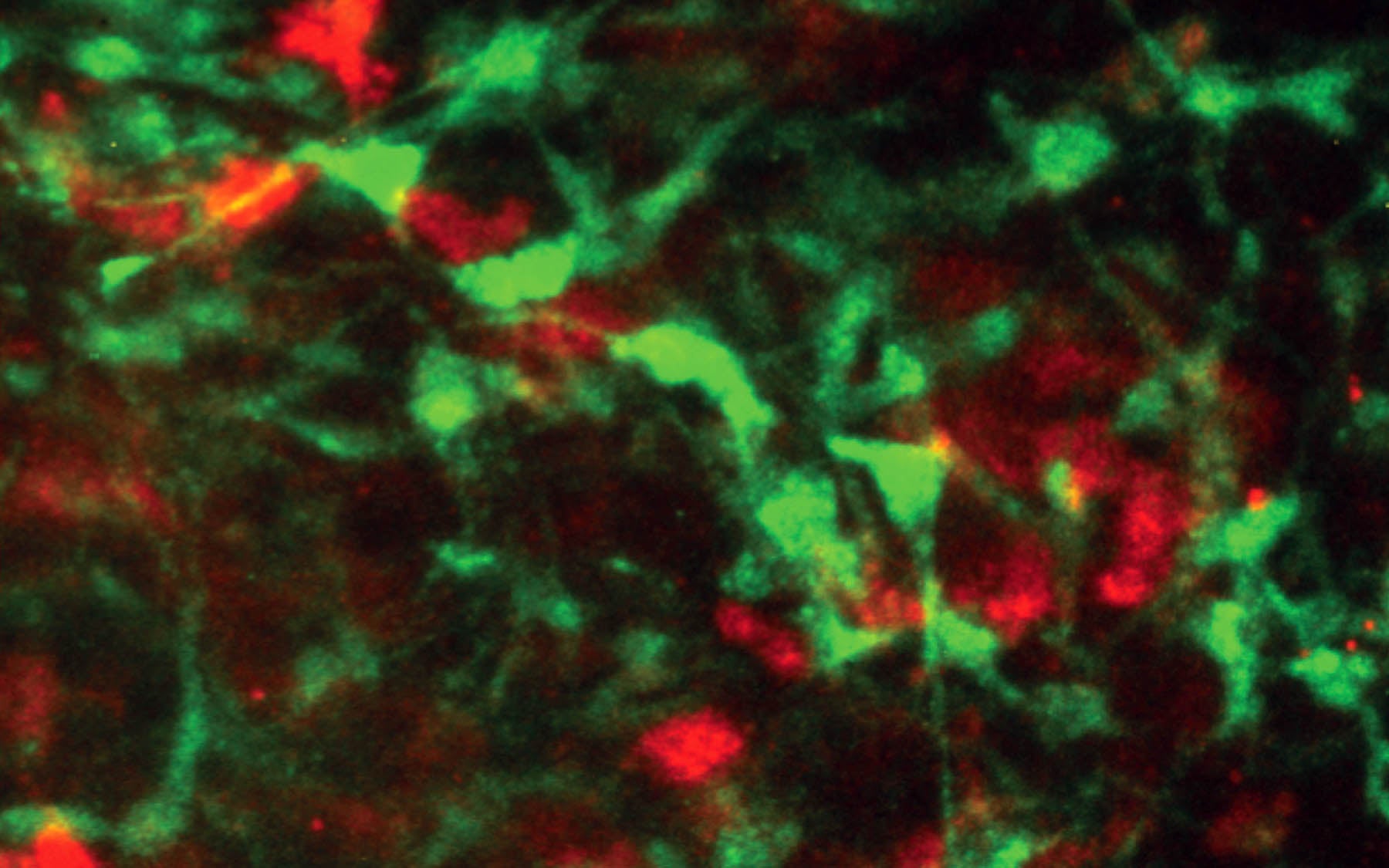 Cold Spring Harbor, NY — Investigators at Cold Spring Harbor Laboratory (CSHL) today report important progress in research aimed at finding ways to fight cancer by targeting the local environment in which tumors grow and from which they draw sustenance.

The targeting of interactions between cancer cells and their environment together with the traditional tactic of directly targeting cancer cells with drugs or radiation is an important new front in the fight against cancer.

The study was conducted by two CSHL scientists from different disciplines who joined forces in the Laboratory’s tradition of collaborative research. Mikala Egeblad, Ph.D., is an expert in the analysis of interactions between cancer cells and normal cells, and Scott Powers, Ph.D., is an expert in applying genome-wide “big-picture” methods to the study of cancer.

Together, they decided to make the first systematic effort to catalog the repertoire of interactions between cancer cells and their environment and to determine how many of these interactions were involved in promoting cancer. In previous studies, different types of cancers and different types of normal cells were utilized; this work brought to light a bewildering array of potential targets. This made it difficult to know how best to proceed with the development of new therapies directed against the tumor environment.

Powers and Egeblad determined that even when focusing only on the signals between breast cancer cells and just one single cell type in the local environment (called fibroblasts), the majority of these signals promoted cancer. Interestingly, each signal that was closely studied had a different impact on breast tumors: one contributed to cancer cell survival, another to proliferation, and a third to inflammation and the growth of local blood vessels (both of which support tumors). Further experiments showed that when several of these signals were blocked at once, the inhibiting effect on tumor growth was greater than when individual signals were blocked.

“This tells us that tumor and normal cells interact as a complex network and that the hope of finding a ‘single most important interaction’ for therapeutic targeting is misguided,” Powers commented. “When dealing with something that is this biologically complex, it is really important to assess the entire set of signals involved, rather than just one.”

Dr. Egeblad added: “The good news from our study is that we can probably make much better progress at fighting cancer by targeting multiple interactions between tumors and their local environment.”

The research described in this release was funded by grants from the National Institutes of Health, Susan G. Komen for the Cure, and the Long Island 2 Day Walk.