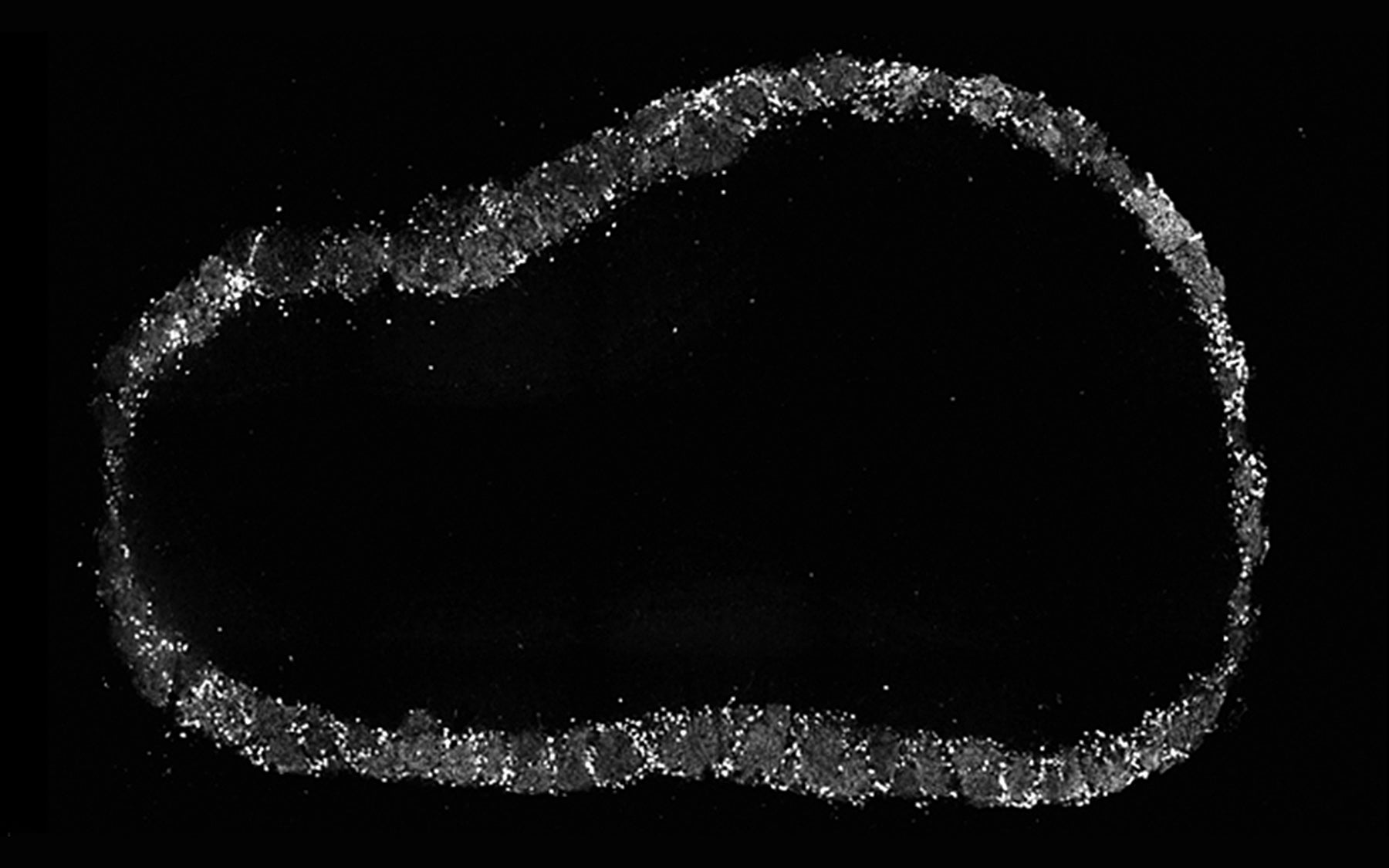 Cold Spring Harbor, NY — You’ve just encountered a frightened skunk, which has sprayed a generous quantity of its sulfur-containing scent directly in your path. The noxious odor is overpowering. As you turn to run in the opposite direction, you are performing with your feet an operation analogous to one that each of your senses is performing every moment.

In the jargon of science and engineering, you are trying to adjust the “gain” on a sensory stimulus. By moving away from the source, you are effectively reducing its intensity, just as you would instinctively rush to dial down the volume on an iPod accidentally cranked up to the highest setting.

Today in Neuron, scientists at Cold Spring Harbor Laboratory (CSHL) report their discovery of a neural circuit in the mouse olfactory bulb that explains how our mammalian cousins (and by extension, we) are able to adjust the gain on intense odors. There’s a need to dial down powerful signals sampled from the environment, for the simple reason that they would otherwise overpower the nerve cells that receive and process them.

Neurons in the mouse olfactory bulb fire in a relatively narrow range, up to a few hundred times per second. Yet, as explained by team leader Florin Albeanu, a CSHL Assistant Professor, “the change in the concentration of odors that they sense can be on the order of 10 million-fold. Somehow, the mouse olfactory system had to evolve a way to adjust, to encode incoming sensory information so that it doesn’t saturate the firing range of olfactory neurons.”

All of our senses share the problem of being potentially overwhelmed. In the olfactory system, the adverse consequences are two-fold: the individual loses the ability to make fine distinctions about both the identity and concentration of the overpowering odor. These are the two primary tasks of the sensory end of the system—to feed information about odor identity and intensity to the olfactory cortex and other brain areas to enable an individual to take action.

Albeanu and colleagues, including Arkarup Banerjee and Fred Marbach, graduate students in the Watson School of Biological Sciences at CSHL and co-first authors of the Neuron paper, conducted experiments in living animals that revealed a mechanism for adjusting olfactory signal gain. They characterize a neuronal circuit that revises the standard view of how the signals flow through the olfactory bulb.

The team was able to view the responses of tens of neurons at a time to signals arriving in the olfactory bulb from the mouse’s odor detectors, called olfactory sensory neurons, located in the nose. It has long been known that input from the nose is sent to structures in the bulb called glomeruli. Each glomerulus—“a ball of axons and dendrites,” according to Albeanu—is a junction where axons from sensory neurons meet up with and connect, or synapse, with dendrites sent from the next processing layer in the bulb, populated by mitral cells. Local interneurons also send projections into the glomeruli. If the glomeruli are relay stations for “input” from the outside world, it is mitral cells that provide the “output” from the bulb to the olfactory cortex and other processing areas in the brain.

It was already known that specific odors prompt activity in specific combinations of glomeruli and that when odor intensity rises above a threshold, additional glomeruli are activated, too. This, on its face, would threaten the discriminatory powers of the olfactory system, if the signal were not in some way modified. With an increasing number of glomeruli passing signals to mitral cells for “broadcast” to the cortex, the specificity of the pattern would be blurred. A very intense cheese odor might activate many of the same glomeruli as the very intense odor of a predator. This would make it harder for the animal to decide how to act—whether to eat or run.

In fact, the signal being gathered in the glomeruli is modulated; the strength of the signal arriving at the mitral cells is ratcheted down. Various experiments enabled the team to discover how this happens. It involves a type of inhibitory neuron called short-axon (SA) cells, and a type of local excitatory neuron called external tufted (ET) cells.

The team’s experiments revealed a complex flow of information in, around, and between glomeruli. ET cells &mdash; which dot the bulb in the vicinity of the glomeruli &mdash; were previously known to receive some signals directly from the nose, and can amplify incoming signals within individual glomeruli. But it turns out they have another role. ET cells also receive signals from far-off glomeruli, a key factor in the bulb’s ability to integrate the total signal coming in from the nose. Curiously, it is the short-axon cells that relay this information to ET cells. Contrary to their name, SA cells actually have very long axons, and they reach from the neighborhood of one glomerulus to others, relatively far off in the bulb.

When a powerfully intense odor enters the glomerular layer of the bulb, SA cells near a given glomerulus will be strongly activated. The SA cells send inhibitory signals to ET cells situated around other glomeruli, near and distant. When an ET cell fires, its signal is transmitted down to mitral cells that share the same ‘parent’ glomerulus as the ET cell. The signal received by the mitral cells is weaker than it would be if there had been no gain control. The mitral cells are not overwhelmed, but rather are able to broadcast information to the rest of the brain encoded by the glomeruli about the odor’s identify and concentration.

The team’s findings challenge a 100-year-old theory. Their results demonstrate that the main route of information flow in the bulb involves the ET cells as primary gatekeepers of glomerular output, and that the direct, single-synapse path between sensory neurons and mitral cells is much feebler than previously thought.

The team will next attempt to follow the circuit’s dynamics in awake animals performing tasks that require them to act on information arriving from the bulb.

This study was supported by an NIDCD R01 grant, an EMBO Fellowship, CSHL startup funds, the Crick-Clay Fellowship and the Farish-Gerry Fellowship. 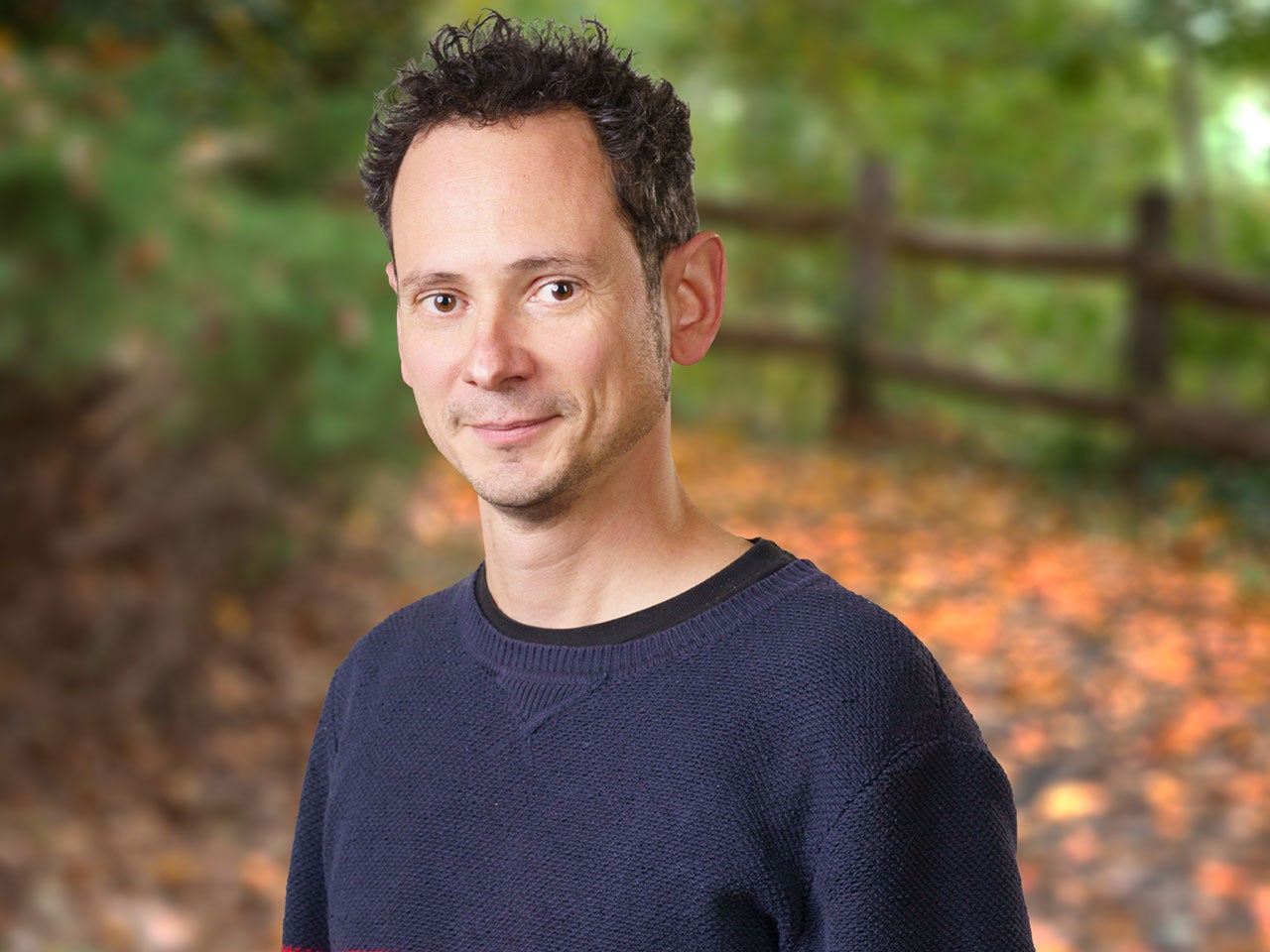