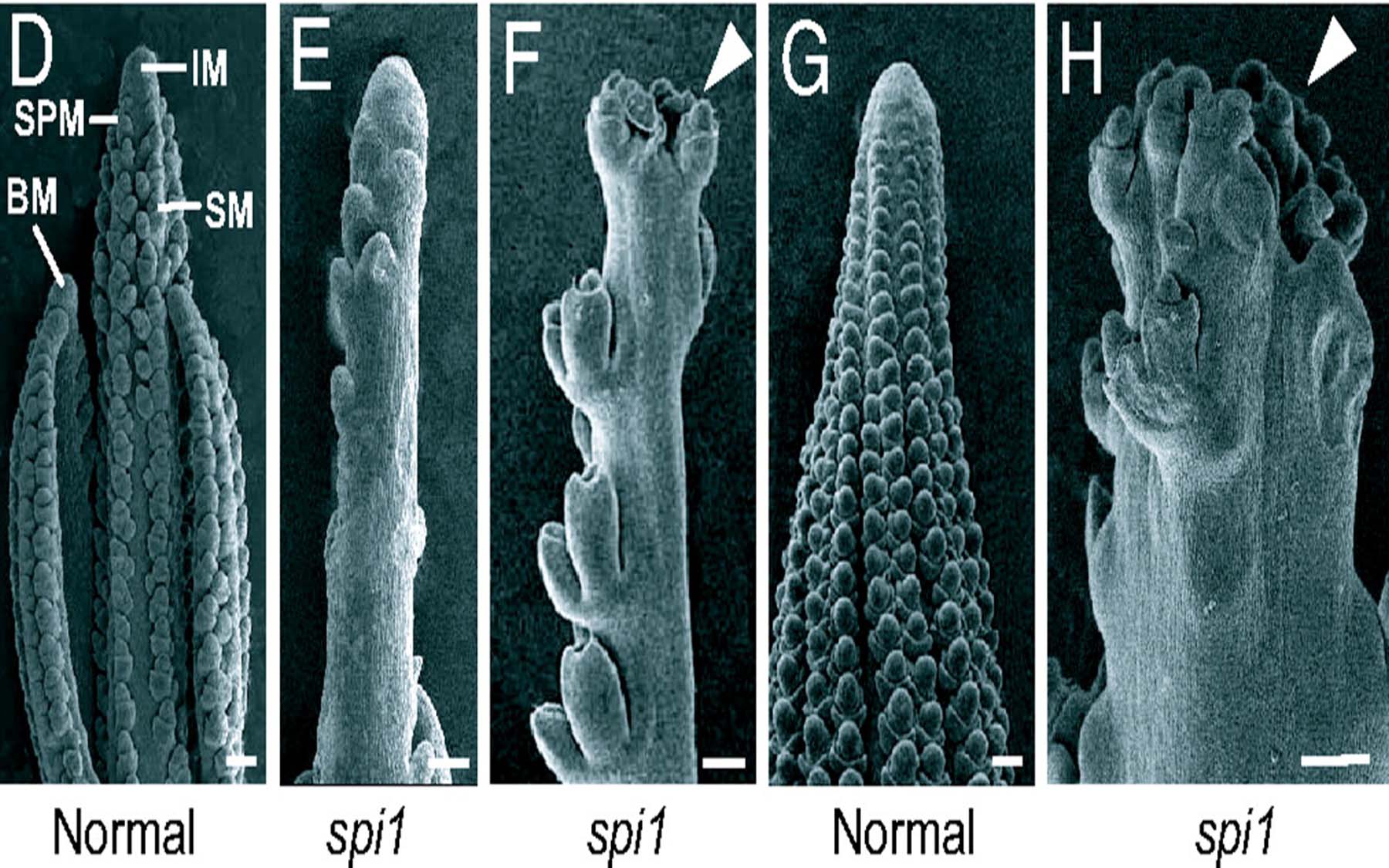 Cold Spring Harbor, NY — Cold Spring Harbor Laboratory (CSHL) professor David Jackson, Ph.D., and a team of plant geneticists have identified a gene essential in controlling development of the maize plant, commonly known in the United States as corn. The new research extends the growing biological understanding of how the different parts of maize arise—important information for a plant that is the most widely planted crop in the U.S. and a mainstay of the global food supply.

The researchers found that a gene called sparse inflorescence1, or spi1, is involved in the maize plant’s synthesis of the growth hormone auxin. This chemical messenger is familiar to biology students, who learn that it is produced by the tip of a growing shoot. When the hormone is applied to only one side of the shoot, that side grows faster, causing the tip to bend.

In a much more complex process, auxin also helps to shape structures such as leaves or the female organs (ears) and male organs (tassels) of corn. The initial stages of these structures are called meristems, which consist of versatile, undifferentiated cells analogous to the stem cells found in animals. Jackson and colleagues from UC San Diego, including Andrea Gallavotti who spent one year in Jackson’s lab to perform some of this work, and at California State University at Long Beach and Pennsylvania State University, found that meristems emerge from an interplay between the synthesis of auxin by various cells and its motion between them. Disrupting either its production (by causing a mutation in the spi1 gene) or its motion results in stunted, defective organs.

Much has been learned in the past about organ development in the cress plant known as Arabidopsis, which biologists regard as a “model organism” for plant research, much as the lab mouse has served as a model for research on mammalian biology. Arabidopsis is in a plant group called eudicots, however, while maize and many other food crops belong to a group known as monocots. The spi1 gene has cousins that affect auxin synthesis and organ formation in Arabidopsis, but there are important differences.

“In maize, spi1 mutations cause severe developmental effects, which is not the case in Arabidopsis, which we demonstrated by deleting, or ‘knocking-out,’ genes similar to spi1,” Jackson explained. “Our work helped demonstrate that spi1 in maize has evolved a dominant role in auxin biosynthesis, and is essential for what we plant scientists call inflorescence development—the process in seed plants in which a shoot forms that support the plant’s flowers,” he added.

“When we looked at the interaction between spi1 and genes of the plant that regulate auxin transport, we found, interestingly, that the transport of auxin and biosynthesis work together in a synergistic manner to regulate how the meristem and lateral organs of the maize plant develop.”

Zach Lippman elected to the National Academy of Sciences