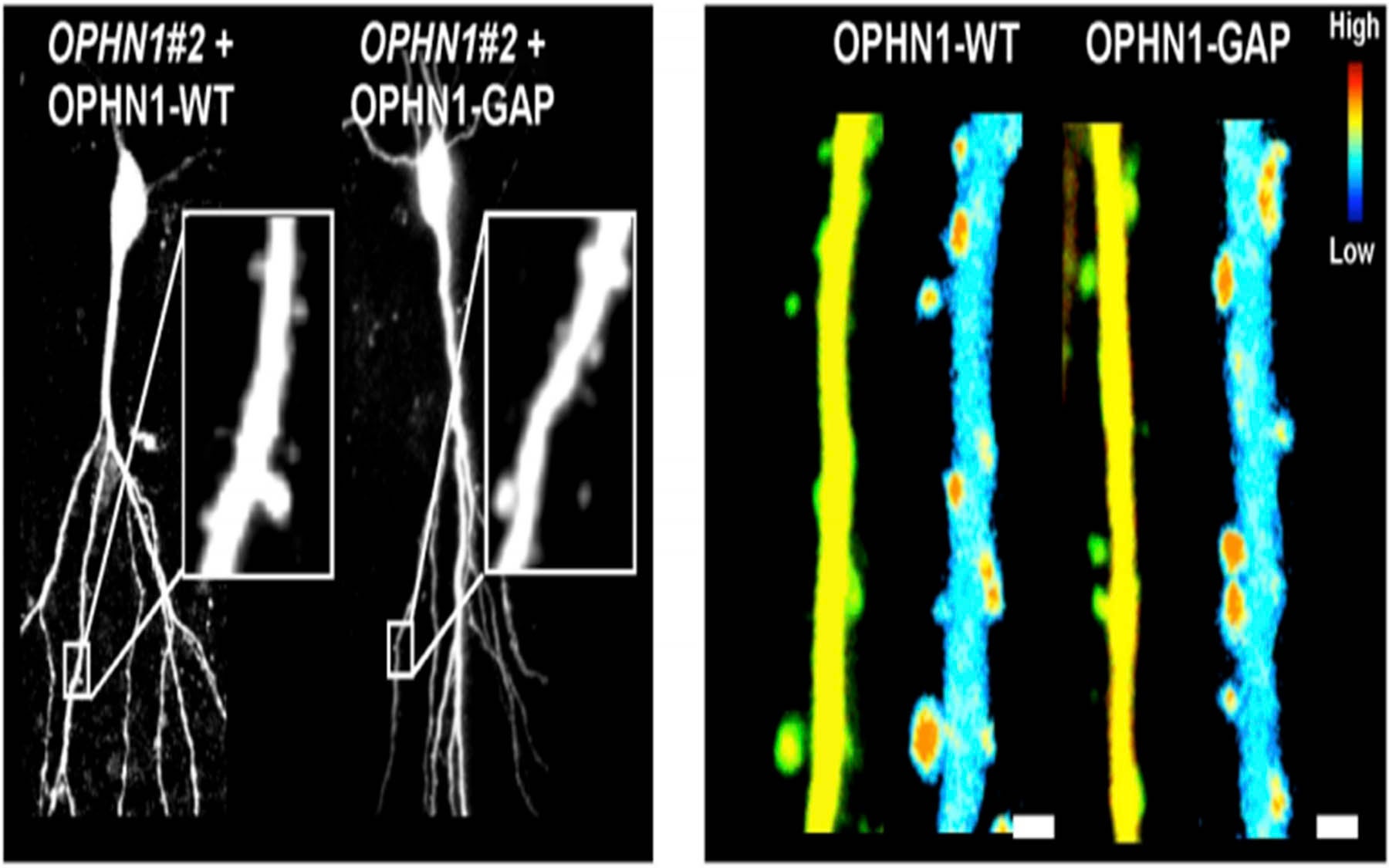 Cold Spring Harbor, NY — A team of neuroscientists at Cold Spring Harbor Laboratory (CSHL) has demonstrated the mechanism by which a signaling protein found throughout the brain controls the maturation and strength of excitatory synapses, the tiny gaps across which the majority of neurons communicate.

The discovery is important, in part, because deficits of the signaling protein in question, called oligophrenin-1 (OPHN1), have been previously linked with X-linked mental retardation. Indeed, problems at the synapse—in their formation and in the mechanisms through which the strength, or plasticity, of their connections are regulated—are thought to contribute to numerous mental and neurological disorders.

“Great progress has been made in recent years in the identification of chromosomal abnormalities and genetic changes involved in mental retardation (MR),” says Professor Linda Van Aelst, Ph.D., who led the CSHL research team. “We know of at least 280 genes that are implicated, in fact.  But what we have not done, to date, is connect the genetic abnormalities associated with MR to biological processes that establish and modify the function of neuronal circuits.”

That has been a major objective of studies in Van Aelst’s lab, where previous experiments have shown that “knocking-down” expression of the gene that encodes the production of the OPHN1 protein (the gene is designated by the italic OPHN1) causes a potentially important change in neuronal structure. Small knob-like features, called dendritic spines, that protrude from a neuron’s branch-like dendrites, typically receive signals across synapses from the axons of other neurons. Those spines were found to be abnormally short and misshapen when expression of the OPHN1 gene was acutely reduced.

A signaling protein’s key functions at the synapse

In a new series of experiments, Van Aelst and colleagues set out to discover what would happen on the receiving, or post-synaptic side of the gap, when the function of the oligophrenin protein was disturbed under carefully controlled conditions. Using samples taken from the rat hippocampus—a well-studied brain region known to be important in learning and memory—the team confirmed that the signaling protein is not essential for the formation of dendritic spines, but that it is needed for the proper maintenance of their structure. Importantly, in this maintenance function, the OPHN1 protein was found to play a key role in both the maturation of excitatory synapses and in their plasticity, or ability to vary in strength.

Two things are particularly intriguing about the team’s results, reported in the June 1 issue of the journal Genes & Development. They have been able to show, for the first time, how OPHN1 performs these roles at excitatory synapses. They have also made important progress in elucidating the pathophysiology of mutations in the OPHN1 gene.

The protein normally encoded by the OPHN1 gene belongs to what scientists call the Rho subfamily of GTP-binding proteins. “Members of this family are known to be key regulators of the actin cytoskeleton and affect many aspects of neuronal development,” Van Aelst notes. The actin cytoskeleton is the gossamer, filament-like scaffolding that provides structure and dynamics for the contents of cells. “All mutations that we know of in the OPHN1 gene lead to OPHN1 proteins that do not function,” Van Aelst says. “This naturally raised the question of what the protein’s normal function is at excitatory synapses, and what goes wrong when the gene that encodes it develops a mutation.”

By manipulating OPHN1 gene expression on the postsynaptic side of the gap, the team was able to unravel a key link between OPHN1 function and synaptic activity. They showed that neuronal activity, which triggers the activation of post-synaptic cellular receptors, called NMDA receptors, is needed for the function of OPHN1 at the synapse, and that in turn, OPHN1 regulates the plasticity, or strength of the connection.

When NMDA receptors are activated in the synapse, the team found that OPHN1 is recruited to dendritic spines, where it locally regulates the actin cytoskeleton—as it turns out, in proximity to another receptor type in the synapse called AMPA receptors. This finding proved critical in the team’s progress in understanding what goes wrong when the OPHN1 gene malfunctions.

“If you lose the OPHN1 protein,” says Van Aelst, “for example, if you have a mutation in the OPHN1 gene, then the protein becomes non-functional. This, in turn, perturbs the stabilization of the AMPA receptors. And that, we propose, accounts for depressed function of glutamatergic, or excitatory neurons.” Below-normal glutamatergic function, specifically observed in these experiments in the rat hippocampus, can in this way be associated with certain pathologies.

There is no question, Van Aelst clarifies, that “defective OPHN1 signaling results in destabilization of synaptic AMPA receptors and dendritic spine structure, leading to impairment in synaptic plasticity and eventually loss of spines and NMDA receptors.” This chain of events has been observed definitively in rats.

The impact of OPHN1 signaling anomalies in people, however, is still hypothetical. “Our work suggests a cellular mechanism by which mutations in OPHN1 can contribute to cognitive deficits observed in patients who have the mutations,” Van Aelst says.

How the senses shape the brain

A new technique labels brain cells with short snippets of DNA to trace many neuronal connections at a time.   Read more »