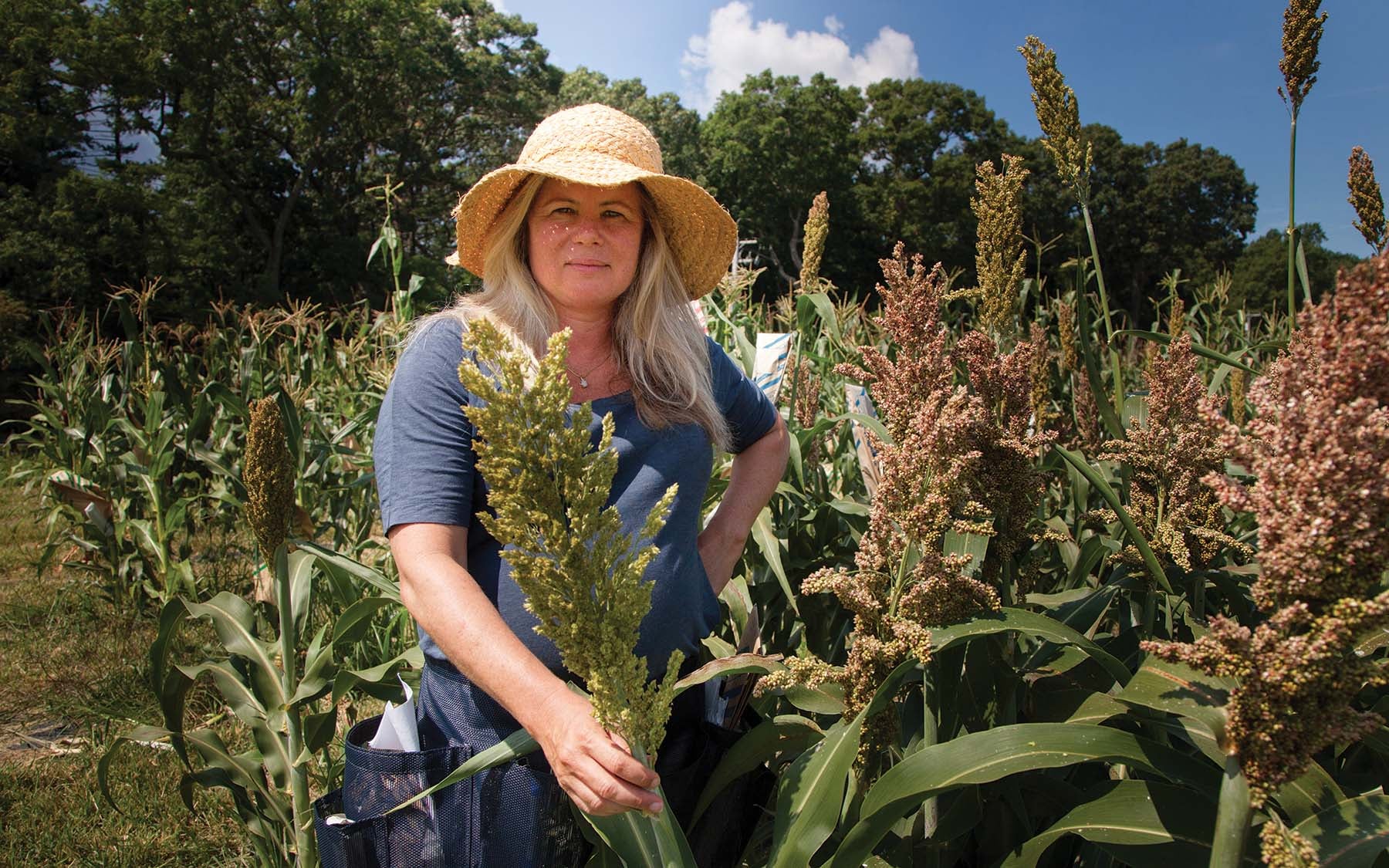 Plants can’t run away from predators or adapt their behaviors at a moment’s notice. Instead, they adapt, survive, and thrive through changes to their genes, where the tools to battle viruses, fungi, infection, or adverse environmental conditions reside.

The plant genome, champion of its own survival, has been the focus of Doreen Ware’s career. An Adjunct Professor at Cold Spring Harbor Laboratory (CSHL) and a research scientist at the US Department of Agriculture (USDA)’s Agricultural Research Service, Ware has targeted her genetics and computational science skills on plants, especially those that are important for agriculture and that continue to feed the world’s growing human population.

Hidden inside plant genes resides a code that not only helps plants survive today, but that also tells the story of their past struggles. Much of the plant genome is still waiting to be better understood by scientists like Ware.

“If you look at the plant genome, we don’t understand the function of more than 50 percent of the genes,” said Ware.

This creates enormous opportunities for Ware and her colleagues at CSHL and the USDA to make basic discoveries.

Both CSHL and the Agricultural Research Service are “known to do basic research,” Ware said. The research is “high risk, that wouldn’t be done” in an agricultural company where scientific discoveries are closely tied to specific products or financial benefits. With her dual institutional affiliations, Ware is able to focus on bettering our understanding of the fundamental mechanisms of plant biology, without the pressures of making directly translational discoveries—even though much of her work could lead to translational benefits, like improving crop yields.

In her lab work, Ware asks what plant genes do, how they contribute to the roadmap of individual plants, and how different plants share the same basic set of “parts” and yet are still so varied.

Ware uses so-called forward and reverse genetics to dissect specific processes in an effort to understand gene function in plants. In forward genetics, she searches for the genetic basis of phenotypes of specific traits, while in reverse genetics, she tries to figure out what characteristics arise from specific genetic sequences.

Ware has explored genes in wild rice types—these crops develop resistance to fungal and bacterial infections—from all over the world. She and Dr. Joshua Stein, a plant geneticist and informatics manager in her CSHL lab, recently examined rice strains from Asia, Africa, South America and Australia, to better understand how the rice had adapted itself to adverse environmental conditions.

She and members of her lab also recently found a set of gene regulators that plants use to alter nitrogen use. These gene networks may ensure that nitrogen, which is vital to forming amino acids and proteins, is used efficiently by plants. It brings the added benefit of removing excess nitrogen from the soil, and thereby reducing ecological damage from nitrogen.

Ware’s lab also recently identified genes that control whether a flower in sorghum is fertile. Using next-generation sequencing that makes it possible to read genes more rapidly and at a lower cost than ever before, they discovered the role of a pathway for the hormone jasmonic acid, which reduces the number of seeds in the plant. By limiting the presence of this hormone during plant development, the lab was able to triple the number of seeds. This work could lead to significant increases in the yields of sorghum and other staple grain crops.

Ware took on her role as a Computational Biologist with the USDA, in addition to her CSHL affiliation, in 2003. She notes that as a government employee, she can divide her time between experimental work, focusing on functional and comparative genomics of model plant systems, and her service efforts, which include the development of tools, data sources and resources for the research community. At the USDA, she is a computational and molecular biologist working on genomics resources that support research with implications for sustainable food and fuel production.

The roots of her success

Ware’s passion for science germinated during her undergraduate years at the University of California at San Diego, where she completed a degree in biochemistry and took courses in computer science, developing and enhancing programming skills she has regularly employed throughout her career.

As a graduate student at Ohio State University (OSU), Ware cultivated an interest and commitment that continues today—that is, conducting research while also providing a stewardship for the data she and others collect. At OSU, she served as the Supervisor of the DNA portion of the Arabidopsis Biological Resource Center, whose mission is to collect, preserve, reproduce and distribute seed and other stocks of the Arabidopsis plant and its related species.

While there, Ware realized the project needed a more complex database that could support management of the Center’s collections. She tapped into her background in computer programming and tackled the job.

“I went back to my roots and did it myself,” she said.

Ware’s recognition of the strengths of possessing varied skill sets and avoiding getting too siloed are also evidenced by her enthusiastic collaborations with others throughout her career. She feels strongly that “what I want to do with my life is have an impact. To go fast, you go alone. To go farther, you go together. For us to have an impact, we need to go together.”

Ware is now in her 18th year and counting at CSHL, after first arriving in 2001 for a postdoctoral fellowship with bioinformatics visionary Dr. Lincoln Stein.

She has appreciated the ongoing support of CSHL President and CEO Bruce Stillman, who has encouraged her full-time research efforts at the USDA and her role there, for the last three years, as acting Chief Scientific Information Officer.

Stillman is “incredibly supportive of her research initiatives on infrastructure building for the broader life science community,” which has allowed Ware to take risks in her research that, as it turns out, have produced high-profile papers in leading scientific journals.

As for the future, Ware is looking forward to working with the scientists at CSHL who use the gene-editing tool CRISPR.

“CRISPR is going to be a technology that will accelerate germplasm improvement, and that’s a major target for me,” Ware said.

New regulators of nitrogen use in plants identified

A simple genetic modification can triple grain production in sorghum, a drought-tolerant plant that is an important source of food and animal feed.   Read more »