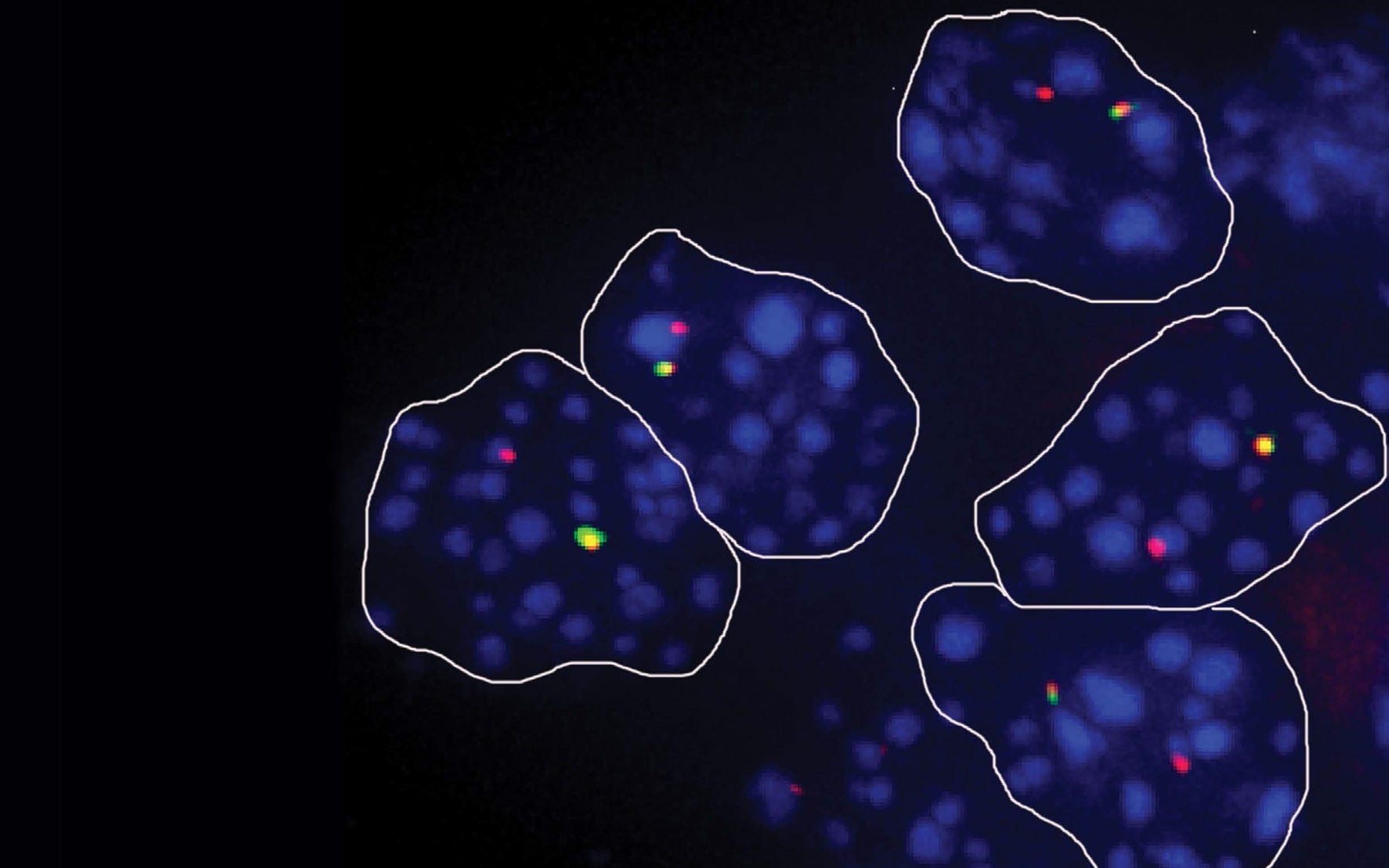 Humans, like most mammals, are made up of diploid cells. In the nucleus of each cell there are two copies of every gene, one inherited from each parent. Here, we see the nuclei (circled in white) of several diploid cells from a mouse: neural cells in an early stage of development.

Each nucleus contains one multi-colored dot, composed of separate red and green signals. The red indicates the DNA of a gene; the green, RNA. When the colors overlap, we know the gene is being activated—its code is being copied into an RNA message. But in each nucleus we also see an isolated red dot: it’s the second copy of the same gene, and in these cells, it is not being copied into RNA. This is unusual. “You expect that when a gene is expressed, both copies are activated,” notes Professor David L. Spector. Research by Mélanie Eckersley-Maslin, a graduate student in the Spector lab, demonstrates that in some cases, “a cell is perfectly fine expressing only one copy, or allele, of a gene, which we call monoallelic expression,” Spector says. But why, and to what effect?

In one experiment, the CSHL investigators found that some monoallelically expressed genes encoded extra RNA, seemingly to make up for the loss of RNA resulting from the inactivity of their silent partner. This leads Spector to ask, “How does a cell ‘know’ what is the correct level of expression for every gene?” Random variations in expression may be advantageous in evolutionary terms, enabling cells to respond to a wider variety of conditions. But some variations could conceivably promote diseases like cancer—if, for example, a cell produces only half as much of a protein needed to suppress tumor formation. The lab’s study of monoallelic expression is only just beginning.

One experiment: The shape of norovirus

Scientists at CSHL examine the structure of a norovirus under the cryo-electron microscope.   Read more »