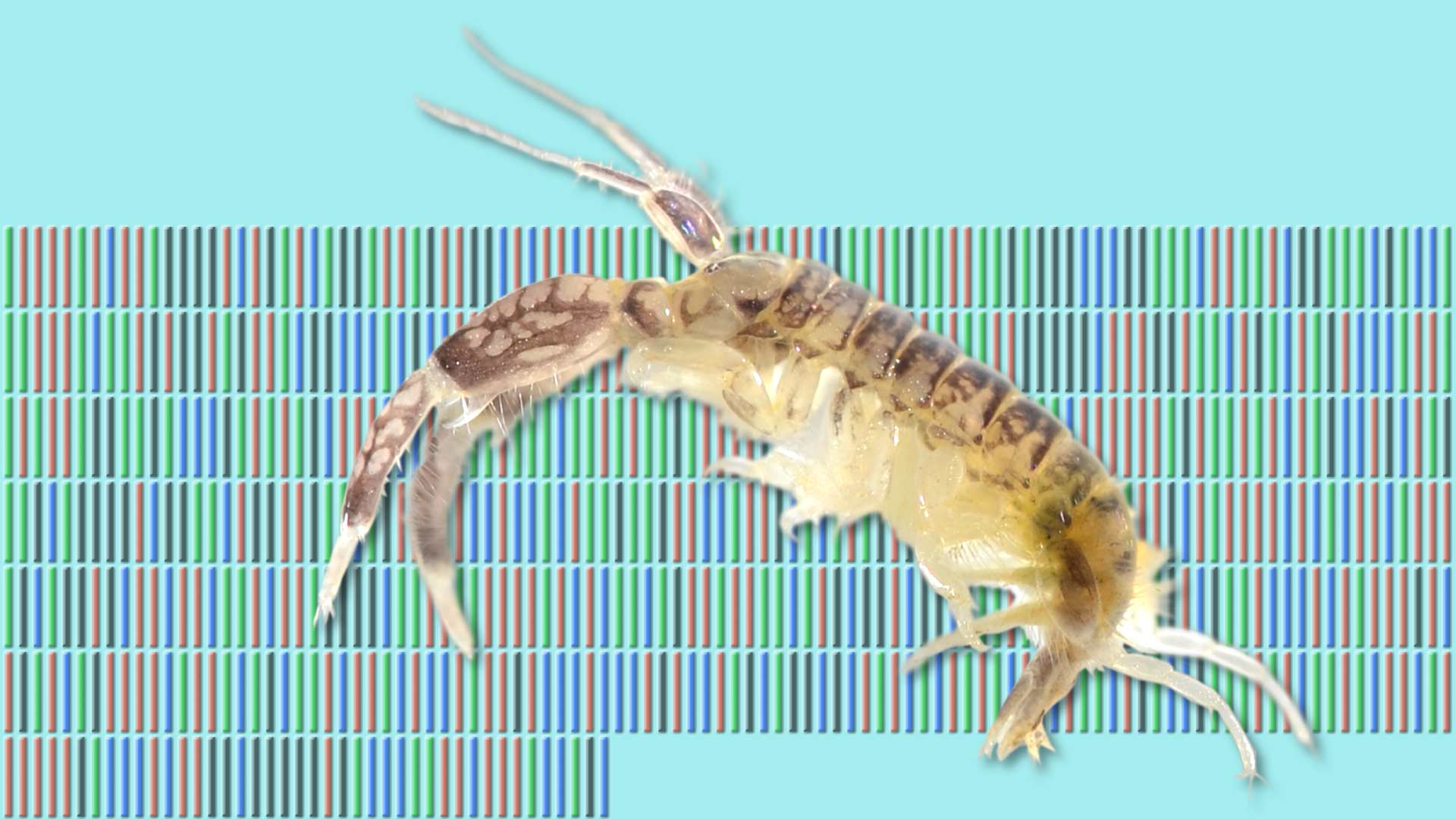 Cold Spring Harbor is teeming with life. Detailed inventories of the organisms that live here began in the late 1800s, with naturalists who carefully classified the flora and fauna. Today, scientists are using sophisticated DNA analyses to survey the plants, animals, and microbes in local habitats—including the shrimp-like creature pictured above, which was collected by high school students Irene Kowalski and Leah Kesten.

The student scientists collected the crustacean as part of a DNA Learning Center DNA Barcoding summer camp. Like other DNA Barcoding programs offered through the DNALC, the camp immerses participants in research that is deepening our understanding of the earth’s biodiversity and how ecosystems are changing in response to human activities. Its key is a powerful approach to species identification called DNA barcoding.

DNA barcoding uses a short segment of an organism’s genome as a unique species identifier, much like a UPC code that can be scanned to instantly identify a product. After isolating DNA from an organism, scientists amplify the barcode region, which spans about 600 nucleotides. This region is sequenced and compared to a vast database of barcodes from known species. If a match is found, then that provides the species identification. Barcodes without a match are added to the database, and researchers can use the sequence to identify closely related species. Kowalski and Kesten identified the tiny crustacean they collected as Apocorophium lacustre, one of thousands of shrimp-like species.

Identifying and tracking species like A. lacustre is vital. Because DNA barcoding is a reliable tool for species identification, even in the hands of people who are not experts, students can make important scientific contributions. A. lacustre is native to the east coast of the US, but according to the Fish and Wildlife Service (pdf), it has been seen in rivers in the Midwest starting in 1996. In the face of climate change and habitat destruction, is this shrimp maintaining itself in its native habitat? Adapting? Invading or disturbing other habitats? With enough data points, including those collected by Kowalski and Kesten, species records from the New York State Fish Hatchery and the Biological Laboratory at Cold Spring Harbor can be compared to assess species gains or losses over time.

Teachers trained in DNA barcoding can mentor students as they become citizen scientists investigating what interests them most.   Read more »