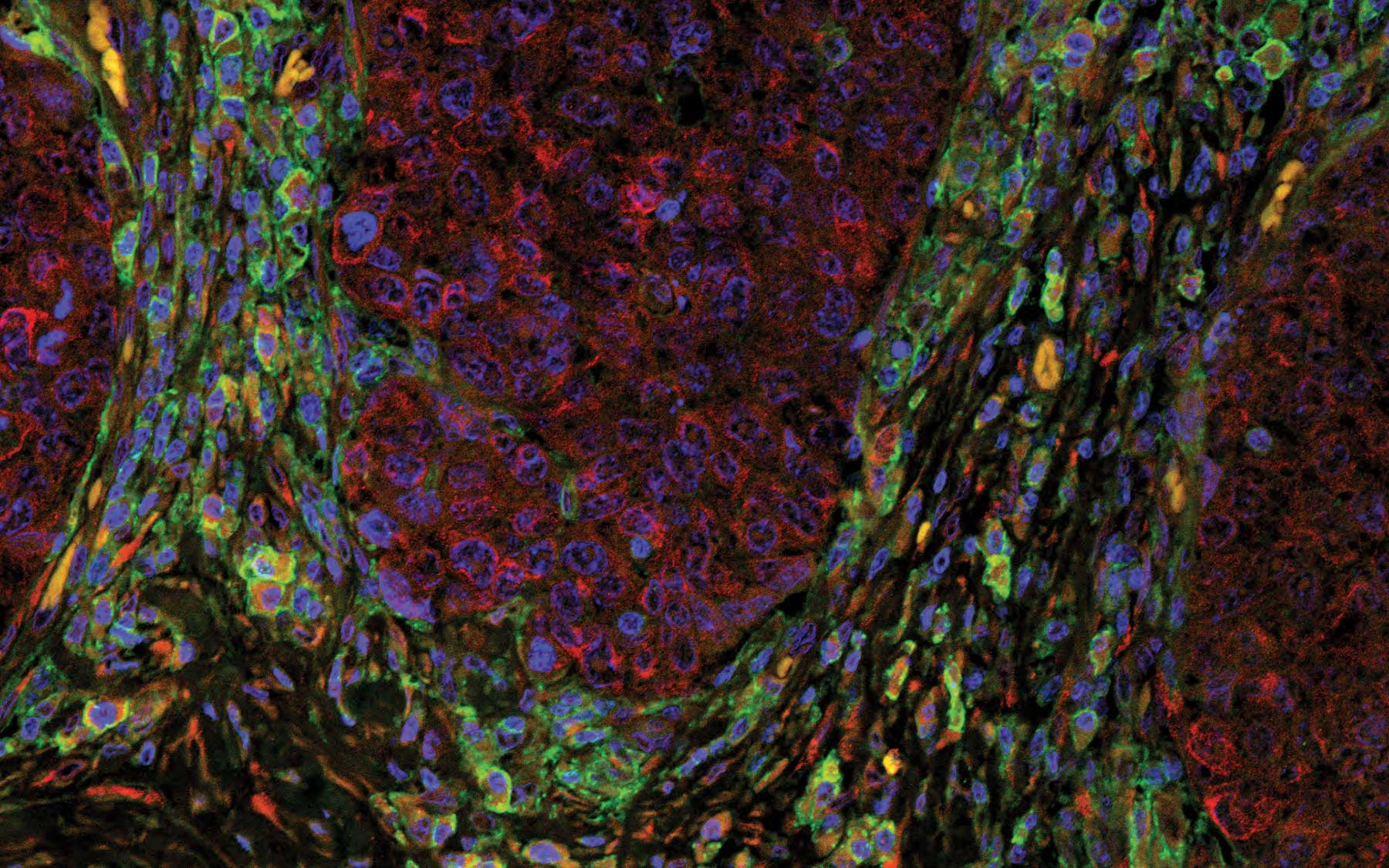 Why do targeted cancer therapies eventually fail? A study finds that a tiny subset of cells in or near a tumor, if left undisturbed by initial treatment, can change characteristics over time and become the seeds of a fatal relapse.

Cold Spring Harbor, NY — Nearly 50 years into the “war” on cancer, doctors possess weapons that once would have seemed magical in their tumor-killing specificity. The drug Tarceva (erlotinib), for example, can virtually erase all traces of aggressive lung cancer tumors in a subset of patients who bear a particular disease-driving mutation in a gene called EGFR.

The problem with this and other drugs of the targeted-treatment era is that usually they afford only a respite. Within a year or two, most people suffer a recurrence. They can be treated again, but with disappointing results: typically, the length of remissions shrinks, and before long cancer wins the battle and kills the patient.

Now, a team led by Raffaella Sordella, Ph.D., an associate professor at Cold Spring Harbor Laboratory (CSHL), proposes a novel theory of how some cancers circumvent the killing power of targeted therapies. Her team, which studies mechanisms of tumor resistance, has published evidence in the journal eLife suggesting how a tiny subset of cells in or around a cancerous tumor, if left undisturbed by initial cancer treatment, can change characteristics over time and become the seeds of what the patient experiences as a fatal relapse.

“It’s well known that individual tumors are heterogeneous. They’re made up of cells that look and behave very differently from one another. These basic differences among cells within a single tumor can be caused by non-genetic mechanisms,” Sordella says, “including cell-to-cell signaling, which can include the release of cytokines, small proteins that engage cells of the patient’s immune system and alter tumor dynamics.”

Sordella adds, “Genetic mutations can occur as the tumor is evolving over time. Sometimes these mutations cause changes in the activity of other genes, further destabilizing the cell.” Her team’s new results “provide evidence that phenotypic diversity—non-genetic changes of a tumor cell’s shape, surface markings, behavior—can actually be the cause of genetic diversity in the tumor, helping it to survive, thrive, and eventually kill the patient,” Sordella says.

The team’s key discovery concerns the activation of a pathway involving the multi-faceted signaling molecule TGF-β (transforming growth factor-beta). In tumor-derived cell lines and tissue samples from people with lung cancer, they found that TGF-β is activated in a particular subset of cancer cells generated via a non-genetic mechanism. TGF-β in these cells decreases the expression of genes that are involved in DNA repair. Because the repair of DNA damage in these cells is less active than normal, these cells tend to disproportionately accumulate gene copy number alterations (CNAs). Consequently, the overall population of these tumor cells becomes more diverse.

Sordella says, “It was great not only to be able to describe these findings in the context of traditional in vitro cancer cell line models, but also in real patients. This was possible thanks to our collaboration with the thoracic surgery departments of Huntington Hospital and LIJ, spurred and supported by the new alliance between CSHL and the Northwell Health system.”

The accumulation of genetic diversity in cancer cells with damaged DNA repair mechanisms could contribute to the occurrence of resistance after the exposure of the cells to drugs used to treat tumors.

Sordella had already shown in other biological systems that increased genetic diversity can enable populations of bacteria or viruses, for instance, to better adapt to changing conditions. Her team succeeded in showing that the accumulation of genetic diversity in cancer cells with damaged DNA repair mechanisms could contribute to the occurrence of resistance after the exposure of the cells to drugs used to treat tumors.

“A corollary to this discovery,” Sordella says, “is that killing cancer cells that are more genetically unstable in the earlier stages of tumorigenesis could result in improved outcomes in currently used cancer treatments.”

In an effort to identify a possible Achilles’ heel of these cancer cells, Sordella collaborated with Gregory Hannon, Ph.D., Professor at Cancer Research UK-Cambridge Institute and a CSHL adjunct professor. They identified multiple possible targets, among them was IL-6 Interleukin 6), an immune system component that protects cells from diverse injuries.

Since multiple IL-6 inhibitors have been developed and tested in clinical trials, it is possible, says Sordella, that novel therapeutic approaches, perhaps involving a combination of targeted therapy plus therapy locally targeting IL-6, will yield improved results in patients. She notes that tests are underway for agents that target IL-6 and might be combined with other forms of anti-cancer therapy.

The research described here was supported by: NCI P01 CA129243-06 target for therapy for carcinomas in the lung; Elisabeth R. Woods Foundation; Swim Across America.

Why do targeted cancer therapies eventually fail? A study finds that a tiny subset of cells in or near a tumor, if left undisturbed by initial treatment, can change characteristics over time and become the seeds of a fatal relapse.