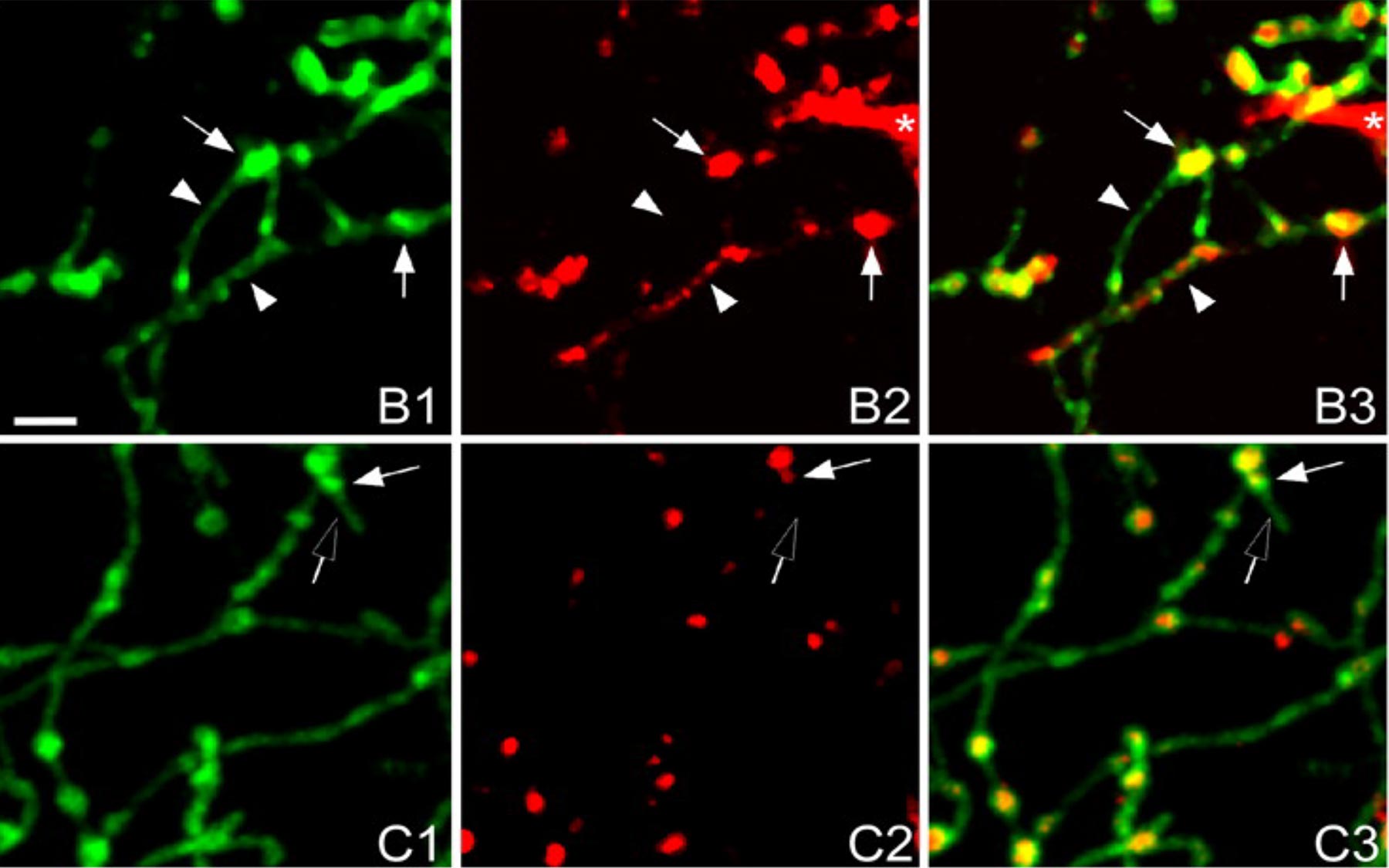 Cold Spring Harbor, NY — Newly published research led by Professor Z. Josh Huang, Ph.D., of Cold Spring Harbor Laboratory (CSHL) sheds important new light on how neurons in the developing brain make connections with one another. This activity, called synapse validation, is at the heart of the process by which neural circuits self-assemble, and is directly implicated in pathology that gives rise to devastating neurodevelopmental disorders including autism and schizophrenia.

In the mammalian brain, even in its early stages of postnatal development, the cortex, the seat of cognition, is already an incredibly dense thicket of nerve cells. Throughout the cortex, in tiny spaces much too small to see, myriad neurons of various types are reaching out literally to touch others nearby—a prelude to the formation of synapses across which messages can propagate from cell to cell. A single nerve cell can “synapse” with many of its neighbors, at multiple points along the branching cables and filaments called axons and dendrites that emanate from the main nerve cell body. But not every neighbor will make a compatible partner, and validation is about finding the right ones.

It has been understood for some time that synapse formation is activity—or use—dependent. Although the mechanism has remained obscure, the emergence of a synapse has been known to involve some combination of preliminary transmission of messages between two neurons—a kind testing of the compatibility of a connection—and a process called cellular adhesion that brings the two cells into physical contact.

In their new study, published online ahead of print December 13th in Proceedings of the National Academy of Sciences, Huang and graduate student Yu Fu used a sophisticated imaging method called two-photon microscopy to observe synapse validation for the first time in living cortical circuits. They focused on a particular type of inhibitory neurons, called GABAergic because they communicate via neurotransmitters called GABA (gamma-aminobutyric acid).

“The question is: how can you form synapses with the right partners?” says Huang, “and what mechanism is involved to achieve the necessary specificity?” Some have proposed that nerve cells secrete some kind of repulsive or attractive molecules. “But when you are in the cortex, the distance between different potential partners is so minute—it’s inconceivable that kind of mechanism could work.”

“It’s more plausible that the cortical neuron’s strategy is to initiate synapse formation with almost any nearby target and then to test it, by trying to communicate using synaptic transmission,” Huang explains. “Most of these tentative connections don’t prove to be correct and will be eliminated. Only those between functionally compatible neurons will be validated and strengthened.”

Building upon the knowledge that cellular “glues,” in the form of cell-adhesion molecules called neurexins and neuroligins, are needed to make a preliminary connection, Huang and Fu observed in live cortical circuits precisely how they interacted. “They work like a zipper: two neurons—called pre-synaptic and post-synaptic—are touching; there are adhesion molecules coming from both sides, and they actually lock,” Huang says.

Their key finding concerns the steps that occur following this preliminary zippering: the presynaptic neuron sends a quantity of neurotransmitter across to the prospective partner. But how does this neurotransmission get translated into molecular adhesion?  Huang and Fu looked closely at neurexins, proteins that interact with neuroligins to form the zipper that holds synapses together.  They found for the first time that two forms of neurexin, called alpha and beta, have very different properties, and respond in different ways to neural activity.

“The alpha neurexin molecule seems to be acting like a search engine,” says Huang. Widely distributed along an axon, “it’s searching everything.” When it finds a potential partner, it then couples to the neurotransmitter machinery and the presynaptic cell begins to release neurotransmitter, to test the connection. “If the connection is good, then the beta neurexins come in and make a much tighter lock between the two nerve cells at the new synapse.”

According to Huang, in comparatively simple model systems such as worms and flies, such connections are thought to be largely genetically hard-wired. “But in vertebrates, delicate structures like the hippocampus and the cerebral cortex probably require a finer system, which can respond to the organism’s experiences. In other words, synaptic validation and strengthening are likely to be a learning-based system.”

This suggests the connection between neurexins and other cell-adhesion molecules in the brain and neurodevelopmental disorders such as autism.  A mutation in a gene called neurexin-1 and another encoding its receptor, neuroligin, have repeatedly been linked with autism in past studies. “These genes are known to be broadly expressed in many places of the nervous system,” says Huang. “But the question is how and why changes in these genes lead to autism. There is some evidence that these changes do alter synapses. Our study suggests that such changes in synaptic adhesion molecules can impact a particular type of GABAergic synapse that has been shown to play an important role in regulating neural network operation.”

Huang’s CSHL laboratory will continue to explore the functional significance of neurexins and neuroligins in neurocircuits in living animals and will attempt to relate changes in their expression with behavior.

“Differential dynamics and activity-dependent regulation of α- and β-neurexins at developing GABAergic synapses,” appeared online ahead of print December 13, 2010 in Proceedings of the National Academy of Sciences. The authors are Yu Fu and Z. Josh Huang. the paper can be obtained online at doi: 10.1073/pnas.1011233108.

Estrogen affects how physically active women are. Scientists have found a set of neurons that drive physical activity in mice.   Read more »

Estrogen: It makes a mouse move

Exposure to high levels of estrogen causes female mice to be very active. Scientists figured out a way to mimic that hyperactivity.   Read more »

CSHL researchers found that young mice have neurons responsible for processing “positive” or “negative” signals before they experience those cues.   Read more »