This presentation is free, but ALL ATTENDEES MUST must register online.

Food production and agriculture are significant contributors to climate change. Our food systems will also be radically affected by climate change. How can we work with the plants that feed us and the natural systems that support them to reduce the contribution that agriculture makes to climate change, mitigate the effects of extreme weather on our farming systems, store more carbon in the soil and feed ourselves more healthfully? 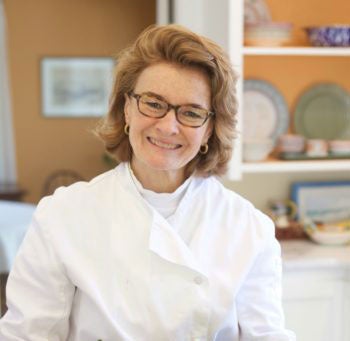 Katy Kinsolving is a food writer and cooking teacher working in climate change education.  After receiving a Blue-Ribbon certificate from Peter Kump’s Cooking School, Katy joined Hunter PR to work on national food accounts.  Katy is co-author of Essential Flavors, (Viking 1994) and has taught cooking for over twenty years, both in England and the US.  She has also worked in the test kitchens of national women’s magazines. She created Good Food Naturally, a blog that promotes healthy and delicious eating.

Katy is a co-founder of C-Change Conversations, a non-profit that promotes non-partisan discussion on climate change and is Vice-Chair for Food and Agriculture for Garden Club of America’s Conservation and NAL committees. Recently, she joined the staff at the Cary Institute of Ecosystem Studies as Manager of Special Projects. She has been nominated to serve on the Energy and Environment Commission of the Town of Sharon.

Rebecca Benner is the Director of Conservation and Science for The Nature Conservancy (TNC) of New York where she manages a team of conservation and science staff helping ensure priority teamwork is having its greatest impact including work on climate change, water, and agriculture. Prior to joining TNC in New York Rebecca worked with TNC North Carolina as the director of science where she supported and advanced statewide science to guide new conservation strategies with a particular focus on freshwater including helping to build the freshwater program. From 2010-2012, Rebecca worked for the Inter-American Development Bank in their natural resources and agriculture division focusing on biodiversity and ecosystem services projects in Latin America. In this role, she lived in Jamaica and worked extensively on watershed conservation and rural agriculture conservation projects. She also worked with TNC national board scientists and supported ecosystem services work across the Conservancy. Rebecca grew up overseas in developing countries including Ecuador, Bangladesh, and India which has given her a great appreciation for the need to balance human and environmental needs. Rebecca graduated with honors from the University of Virginia with a double major in biology and environmental science. She earned her Ph.D. in the Emmet Interdisciplinary Program in Environment and Resources from Stanford University in 2008 working with Gretchen Daily and Buzz Thompson. Her thesis focused on ecosystem services and the design of incentives for their provision with a focus on watershed conservation project and incentives for improvements to agricultural management.

Peter Lehner directs Earthjustice's Sustainable Food & Farming Program, where he develops strategies to promote a more environmentally sound agricultural system and to reduce health, environmental and climate harms from the production of our food. Peter was the Executive Director of the Natural Resources Defense Council and the NRDC Action Fund from 2007-2015. Peter shaped a clean food program with food waste, antibiotic-free meat, regional food and climate mitigation projects. From 1999-2006 Peter served as chief of the Environmental Protection Bureau of the New York State Attorney General's office. Before that Peter served at NRDC for four years directing the clean water program where he brought important attention to stormwater pollution. Earlier in his career Peter created and led the environmental prosecution unit for the New York City Law Department. Peter holds an AB in philosophy and mathematics from Harvard and is an honor graduate of Columbia University Law School, where he now teaches a seminar on food systems and U.S. environmental law. Peter is on the boards of the Rainforest Alliance, Environmental Advocates of New York, and two farms in Costa Rica. He is a member of the American College of Environmental Lawyers and has been honored with numerous awards by EPA and many environmental groups.

Dr. Doreen Ware is Molecular Biologist with the USDA Agricultural Research Service (ARS) and Adjunct Professor at Cold Spring Harbor Laboratory. She is recognized as a leader in plant genomics and bioinformatics. Over the last several years her laboratory has contributed to collaborative projects supporting genomics enabled science, with a focus on understanding plant genome architecture and the impact on complex traits, including grain yield and response to nitrogen. Dr. Ware’s group has contributed to the development of reference genomic resources for rice, maize, sorghum and grape and Cyberinfrastructure projects to support access and integration of genome scale data. Dr. Ware serves in several leadership positions within the plant science community and served as acting CSIO for USDA ARS from 2014-2017.

This presentation is free, but ALL ATTENDEES MUST must register online.