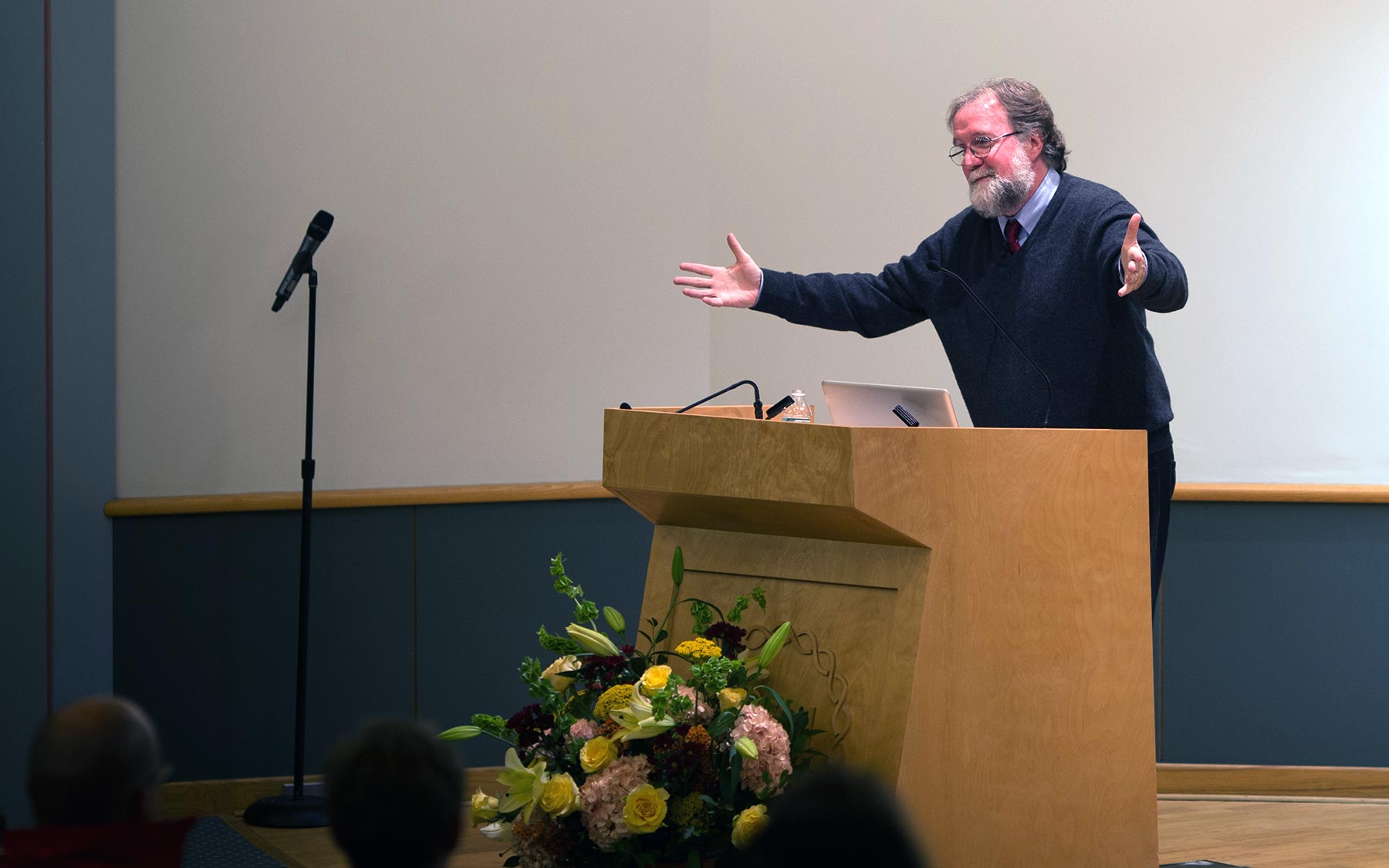 Sean Carroll
email envelop icontwitter icon share buttonfacebook icon share buttonlinkedin icon share button
On Monday October 28th, the Cold Spring Harbor Laboratory community filled Grace auditorium to hear noted biologist and author Sean Carroll discuss the role of chance and circumstance in the life of the French scientist Jacques Monod. While many in attendance were familiar with Monod’s Nobel Prize-winning research about how organisms tune their gene expression to respond to the environment, few knew about his prominent and dangerous role as a member of the French resistance in Nazi-occupied France.

In his introduction, James Watson described Monod as biology’s “only true movie star.” Indeed, as Carroll chronicled Monod’s life during WWII, events unfolded like a historical thriller. In early 1940, Monod was an ordinary doctoral student who directed choral groups in his free time. Everything changed with the shocking Nazi occupation, which threatened his family. Monod (a Christian by birth) sent his Jewish wife and children to the countryside and joined one of France’s most militant Resistance groups. As an officer, he carried out covert cross-border missions into neutral Switzerland and orchestrated a network of anti-Nazi saboteurs who operated in the streets of Paris—all the while carrying out biological experiments that laid the groundwork for his 1965 Nobel Prize.

Through firsthand accounts and newly uncovered documents, Carroll discovered just how close Monod came to capture during the war. In his book Brave Genius, Carroll explores how the chance encounters and lucky breaks that carried Monod safely through WWII instilled in him a sense of urgency and purpose that ignited his scientific genius. Monod believed that the most important science could change the way people viewed themselves in relation to the world. The transformative truth he found in Darwin’s theory of evolution and the early discoveries of molecular biology was that humankind is the product of an incalculable number of fortuitous events.

As Carroll’s remarkable story suggests, the same could be said of Monod himself.

The lecture was part of an annual series held in memory of Gavin Borden, the late publisher of the influential Molecular Biology of the Cell textbook. The series is intended to enhance the educational experience of graduate students at Cold Spring Harbor Laboratory and annually includes a roundtable discussion with the visiting Gavin Borden fellow. Carroll, whose research has focused on how genes control animal development as well as the evolution of animal forms, is vice president of science education at the Howard Hughes Medical Institute. He directs initiatives to increase the public’s understanding of science by educating and inspiring its youngest members. Read more about Brave Genius.