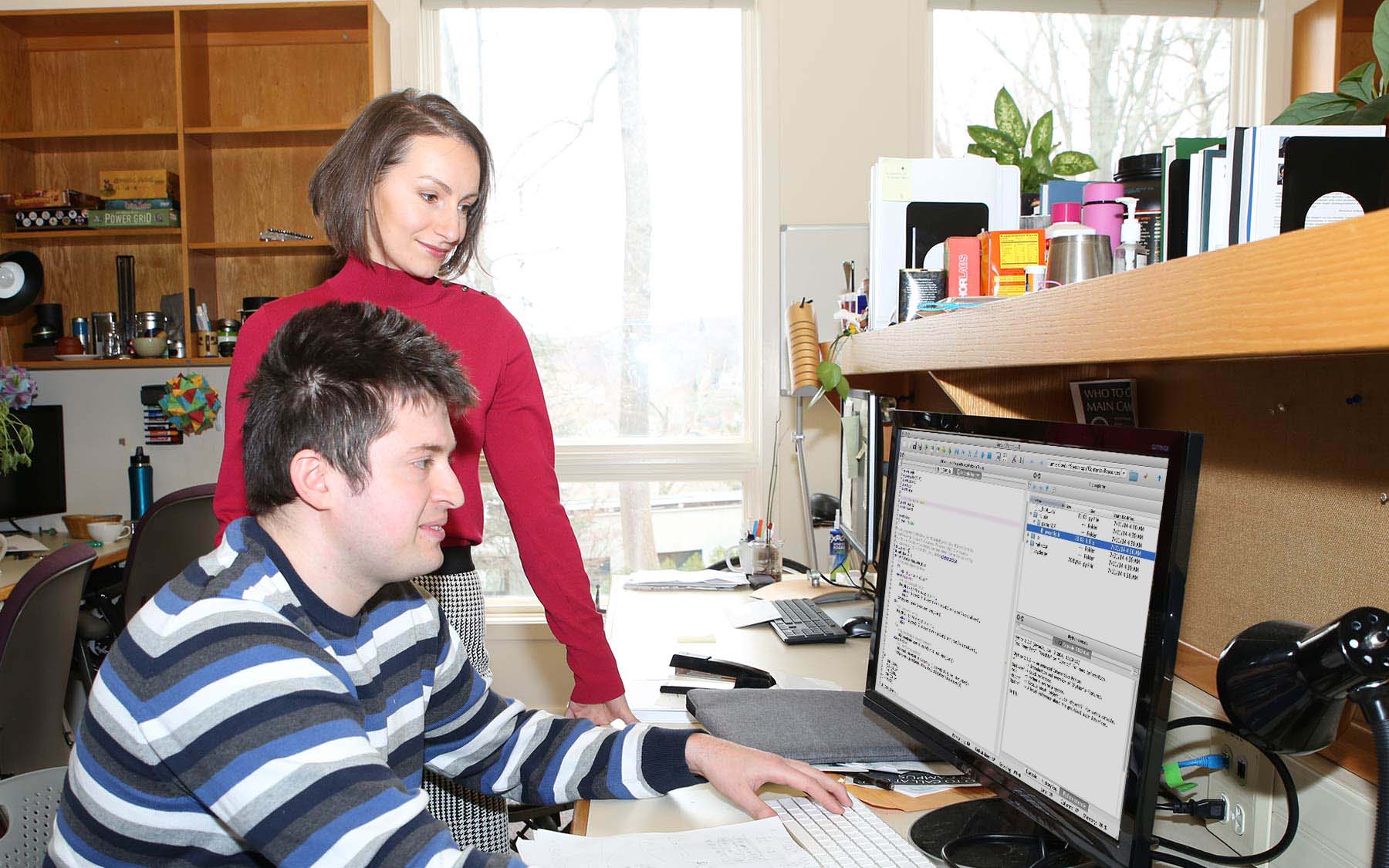 We’ve all learned about math in school. For many of us, it calls to mind exercises like bisecting geometric shapes and cracking algebraic equations. But what does math have to do with researching the brain?

Computational neuroscientists like Cold Spring Harbor Laboratory (CSHL) Assistant Professor Tatiana Engel use math to better understand how networks in the brain process information, send signals, and make the calculations we perform consciously and unconsciously every day. Engel, who is an Associated Member of CSHL’s Simons Center for Quantitative Biology, focuses on understanding what neurons in our brains do when we make decisions, and she uses math to map those neurons’ behavior.

Even a simple action, like serving yourself a glass of water, requires your brain to perform hundreds of calculations. “Where is the kitchen? Where’s the kitchen sink? Where’s the glass? How do you grab it?” Engel explains. “You have to create a ‘program’ to control your muscles, which guides your movements to get this glass of water. So, if you think about how you would represent this program, you would write it out in mathematical equations.”

Because the brain is so complex, neuroscientists are still working on mathematical modeling of even its simplest decisions.

One of the fundamental experiments neuroscientists conduct in order to study decision-making involves showing an animal a stimulus of moving dots of light in the middle of a screen. Some of those dots move to the left, while some move to the right. The subject has to repeatedly decide in which direction the majority of the dots are moving. Each time the subject chooses left or right, special sensors record how neurons in the subject’s brain are firing. With this recorded data, computational neuroscientists like Engel can develop mathematical models to represent the patterns of “spikes” of neuron firing. Think of connecting the dots to find the path to a treasure chest—the model connects the firing neuron spikes, and traces the journey the subject’s brain takes to make a decision.

Pretty straightforward, right? Not quite. The same subject, shown the same pattern of moving dots on different occasions, might come to the same decision each time, but in different ways, or they might choose different answers altogether. These variations must be accounted for in developing computational models of the brain.

“If someone is asked to decide between the same choices over and over again, they may become tired after dozens of repetitions,” Engel explains. “We cannot control how motivated you are, how tired you are. As a result of that, all these uncontrolled parameters will change the patterns of neural response. But by using large data sets, we can actually understand the structure of this variability and identify its sources.”

To create a model of how brain cells communicate when making decisions, Engel and her team at CSHL process data from hundreds of different experiments. But creating a model isn’t the end of their work. There’s one more important step—reversing the entire process.

The best way to determine if a model is well-conceived is to use it as a hypothesis in another experiment. If the data matches the model’s predictions, then it’s a good fit. If there are significant differences between the model’s predictions and the experiment’s results, then the model must be refined and tested again. Testing and retesting the models can be a lengthy process, but the outcomes could change lives.

The applications of Engel’s research are far-reaching. Artificial intelligence uses algorithms based on computational models of the brain to attempt to better mimic how humans think, and to enable A.I. to better respond to our needs. Mathematical equations help virtual voice assistants like Apple’s Siri and Amazon’s Alexa to better comprehend commands in different languages and accents. There are further applications in robotic engineering, where brain-inspired models help create more fluid motions in next-generation robots.

Computational models can also help us understand mental illness. Individuals with conditions like schizophrenia or addiction sometimes make choices that they know will be detrimental to themselves or others. The key to understanding such counterintuitive choices may be comprehending what neurons, and connections between neurons, are doing or not doing when decisions are made.

“There have been studies that show that patients with schizophrenia have deficits in their decision-making abilities. It’s not the main factor from which the patients suffer in their life, but it is a symptom. It tells us that the neural circuits affected in the disease are also involved in decision-making,” Engel said. “Unless we understand how those circuits operate, we cannot make progress on efficiently treating these disorders.”

Engel’s basic research on the brain’s calculations is building our understanding of the biology of the brain, and guiding innovations that will improve the lives of people around the world. A little math can go a long way. 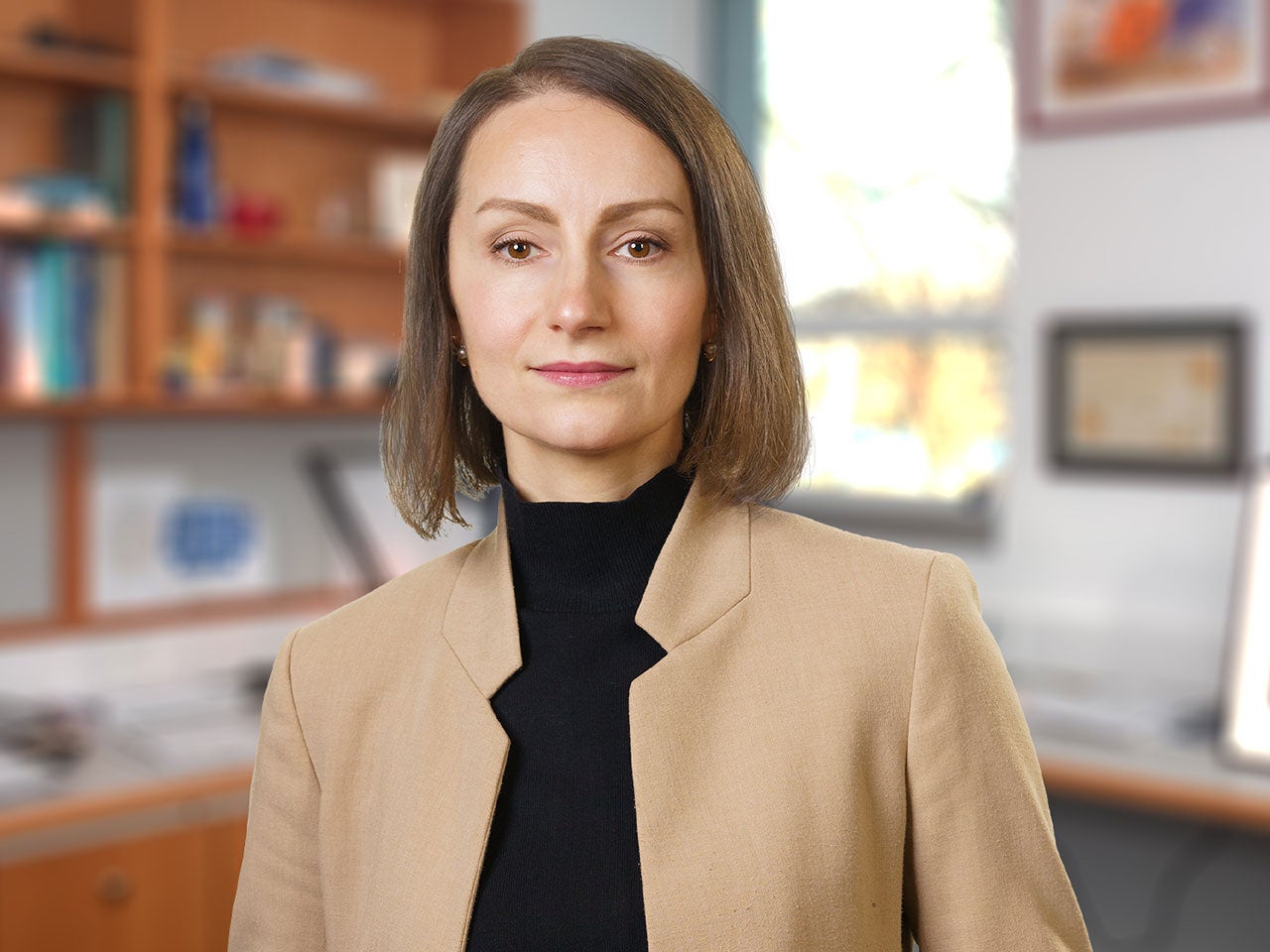