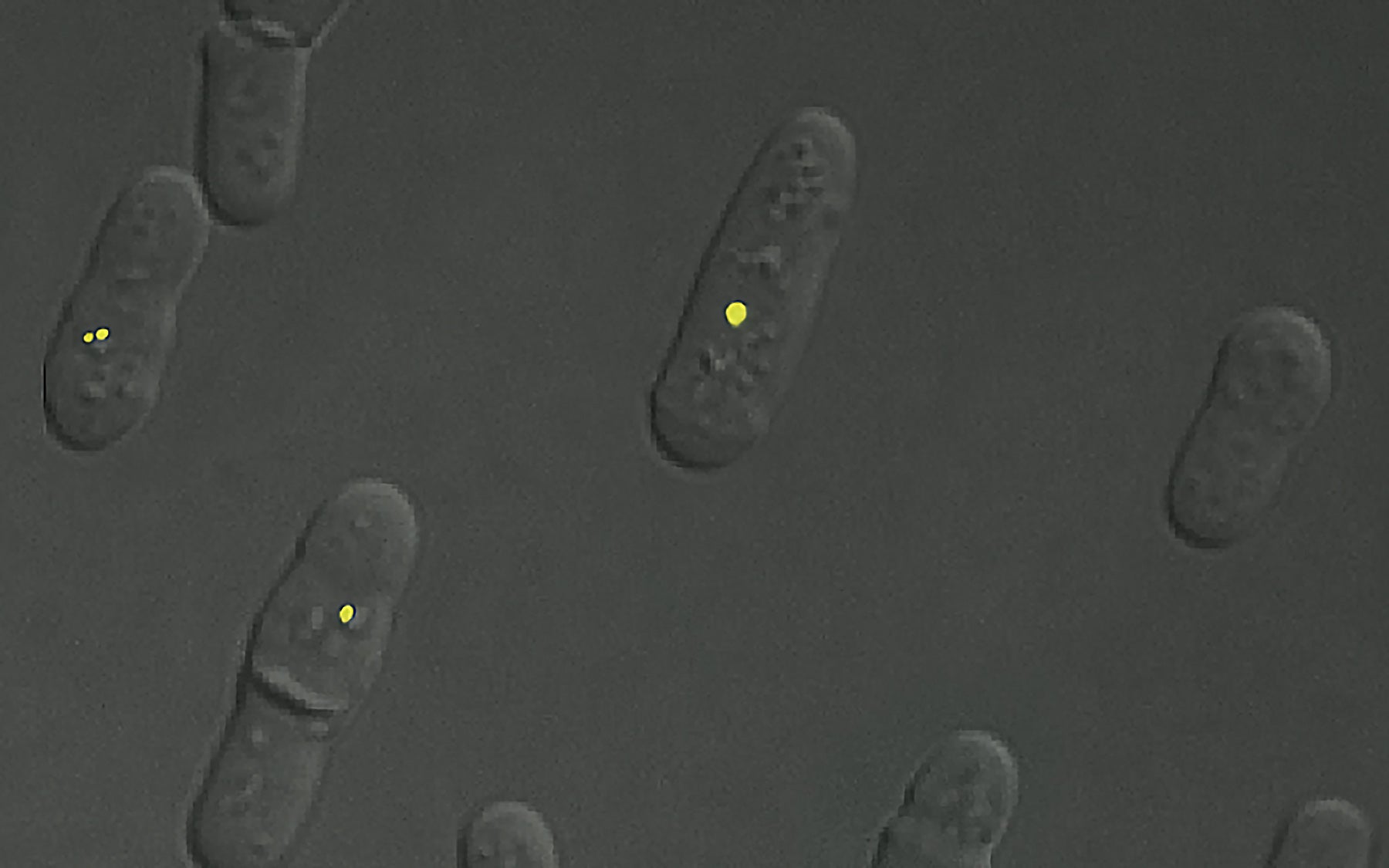 Cold Spring Harbor, NY — How many times have we seen Superman swoop down from the heavens and rescue a would-be victim from a rapidly oncoming train?

It’s a familiar scenario, played out hundreds of times in the movies. But the dramatic scene is reenacted in real life every time a cell divides. In order for division to occur, our genetic material must be faithfully replicated by a highly complicated machine, whose parts are tiny enough to navigate among the strands of the double helix.

The problem is that our DNA is constantly in use, with other molecular machines continually plucking at its strands to gain access to critical genes. In this other process, known as transcription, the letters of our DNA are being copied to form a template that will guide the formation of proteins. But these two copying machines can’t occupy the same bit of genetic track at once. Inevitably they will collide—unless a molecular Superman can remove the transcription machinery and save the day.

Cold Spring Harbor Laboratory (CSHL) scientists have found that this molecular Superman exists in the form of a protein known as Dicer. Better known for its role in selectively silencing genes via a process called RNA interference (RNAi), Dicer is now understood to help free transcription machinery from DNA so that replication can occur.

The team, led by Robert Martienssen, a CSHL Professor and Howard Hughes Medical Institute and Gordon and Betty Moore Foundation Investigator, concludes that this previously unknown function of Dicer is critical to preserve the integrity of the genome in yeast. They point out that collisions between the replication and transcription machinery lead to massive changes across the genome—changes that are associated with aging and diseases like cancer.

Martienssen and his colleagues previously found that RNAi resolves the conflict between transcription and DNA replication in isolated areas of the genome where genes are being silenced. “When Dicer is mutated, replication stalls and DNA in the region becomes damaged,” explains Martienssen. “This was a new role for a protein that we thought functioned solely in RNAi.”

In work published today in Cell, Martienssen and his team explored if and how Dicer might function more broadly, across the entire genome. The team, including lead authors Stephane Castel, Ph.D., a graduate of the CSHL Watson School of Biological Sciences, and Jie Ren, Ph.D., a postdoctoral researcher, found that Dicer participates in the release of transcription machinery throughout the genome. “Dicer’s function isn’t restricted to silenced genes,” explains Ren. In fact, it controls the release at hundreds of extremely active genes.

“These are genes that are in constant use by the cell—we call many of them ‘housekeeping’ genes because they are required for basic survival,” says Castel. At any given time, transcription machinery can be found near these genes. Without the help of Dicer, this machinery is headed for an almost certain collision when replication occurs.

Are these collisions really so catastrophic for the cell? The team found that the accidents cause massive segments of DNA to be lost with each cell division. “These chromosome rearrangements, known as genomic instability, are involved in aging and cancer,” says Ren. Other groups have shown that mutations in Dicer are similarly associated with an increased risk of tumor formation. The team’s discovery may help to explain these observations, according to Martienssen. “It may be that Dicer’s role in cancer is to protect the genome by preventing collisions between transcription and replication.”

This work was supported by the Natural Sciences and Engineering Research Council of Canada, the Spanish Ministerio de Economía y Competitividad, the National Institutes of Health, the Howard Hughes Medical Institute-Gordon and Betty Moore Foundation, as well as a Cashin Scholarship from the Watson School of Biological Sciences and assistance from the Cold Spring Harbor Laboratory Shared Resources, which are funded in part by the Cancer Center Support Grant. 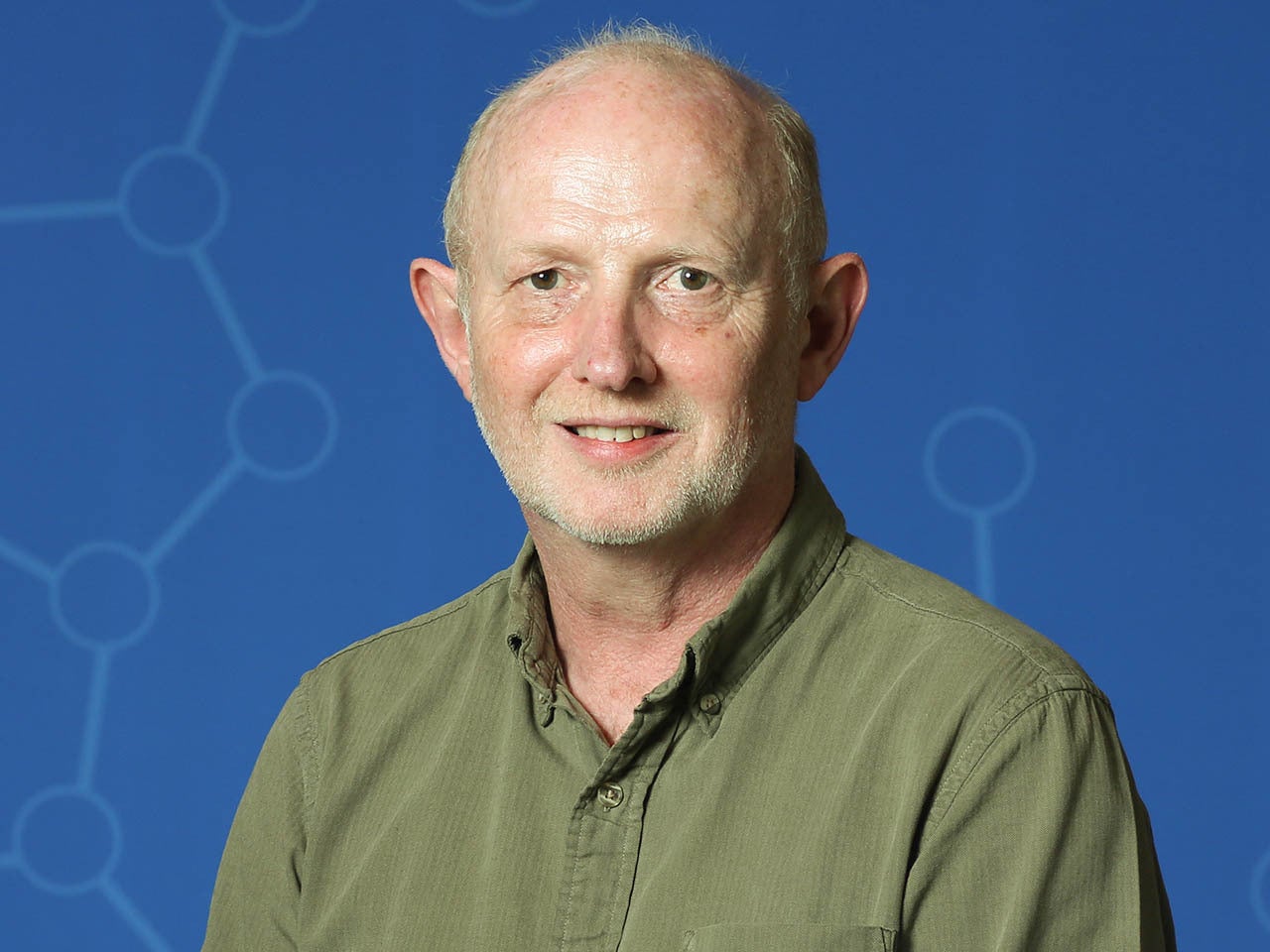