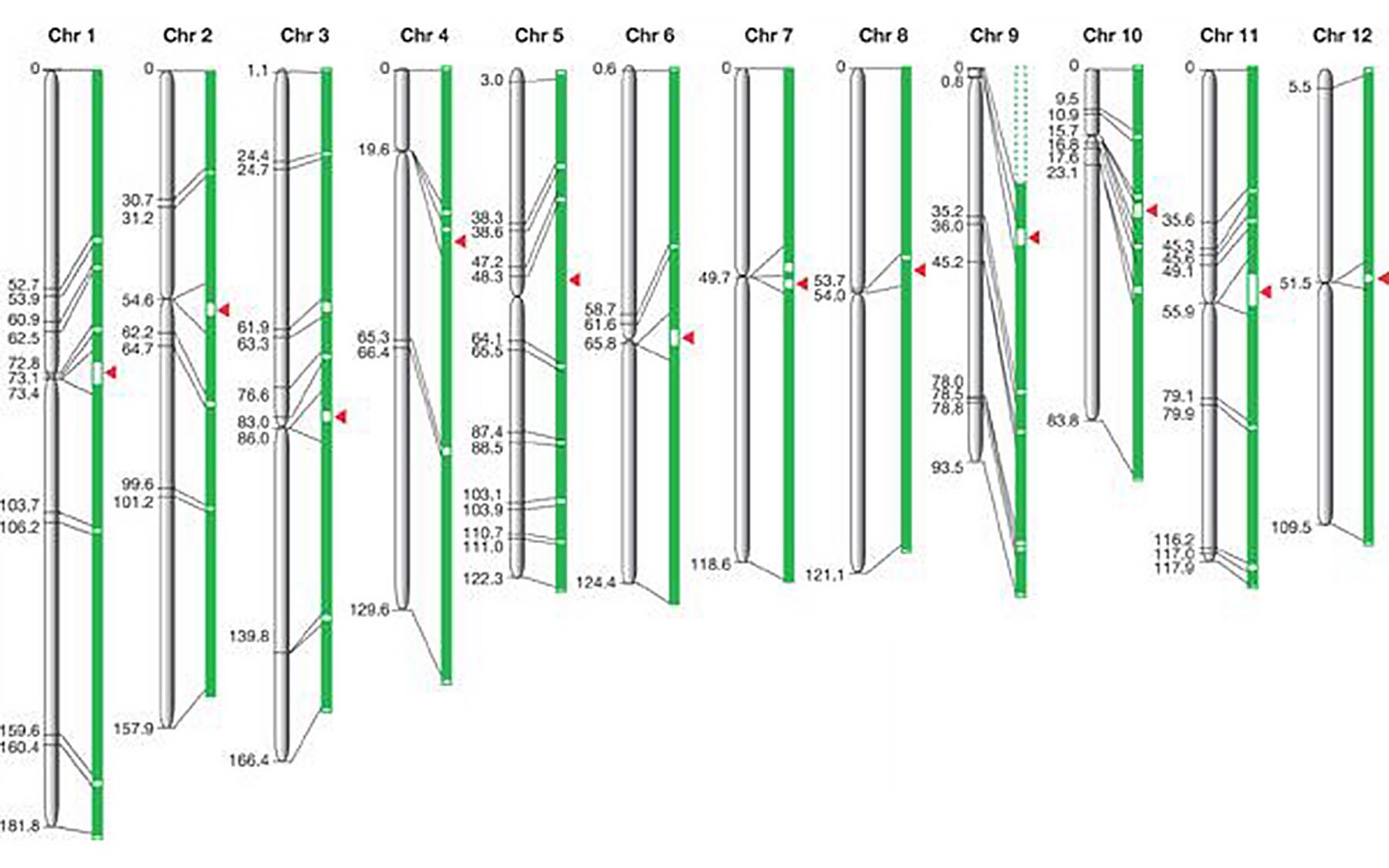 Rice feeds more than half of the world’s human population. Estimates indicate that the agricultural yield of rice will need to be increased by some 30% over the next two decades to meet projected increased demands. In the August 11 issue of the journal Nature, members of a 10-nation International Rice Genome Sequencing Project (IRGSP) report a highly accurate or “finished” map-based DNA sequence of the entire rice genome. The completed rice genome sequence, which reveals some 37,500 genes on the 12 chromosomes of rice, provides the raw material for many studies aimed at improving the agricultural yield of the world’s most important food source.

Moreover, because the rice genome is closely related to that of other major cereal grasses—including corn, wheat, barley, rye, sorghum, and millet—the complete rice genome sequence is an extraordinarily useful resource for identifying genes of interest in a number of different crop plants that collectively supply two-thirds of humanity’s food supply.

“This study revealed thousands of genetic markers or signposts in the rice genome that are of immediate use to plant breeders and others working to improve rice agriculture,” says Dr. W. Richard McCombie of Cold Spring Harbor Laboratory, a co-leader of the study.

“This is also the first finished genome sequence we have from any crop plant, so rice is now a great model for how to use genome sequence information to improve many other aspects of agriculture,” says McCombie, who adds that several programs are already underway to study the structure and function of rice genes as well as agriculturally relevant genetic variation among different varieties of rice.

By enabling scientists to identify genes that underlie agriculturally important traits, a previous IRGSP-generated rough draft of the rice genome sequence—made publicly available in 2002—has already spurred both biotechnological and conventional plant breeding approaches to increase rice yields. The newly-reported, finished rice genome sequence has the potential to greatly accelerate these efforts.