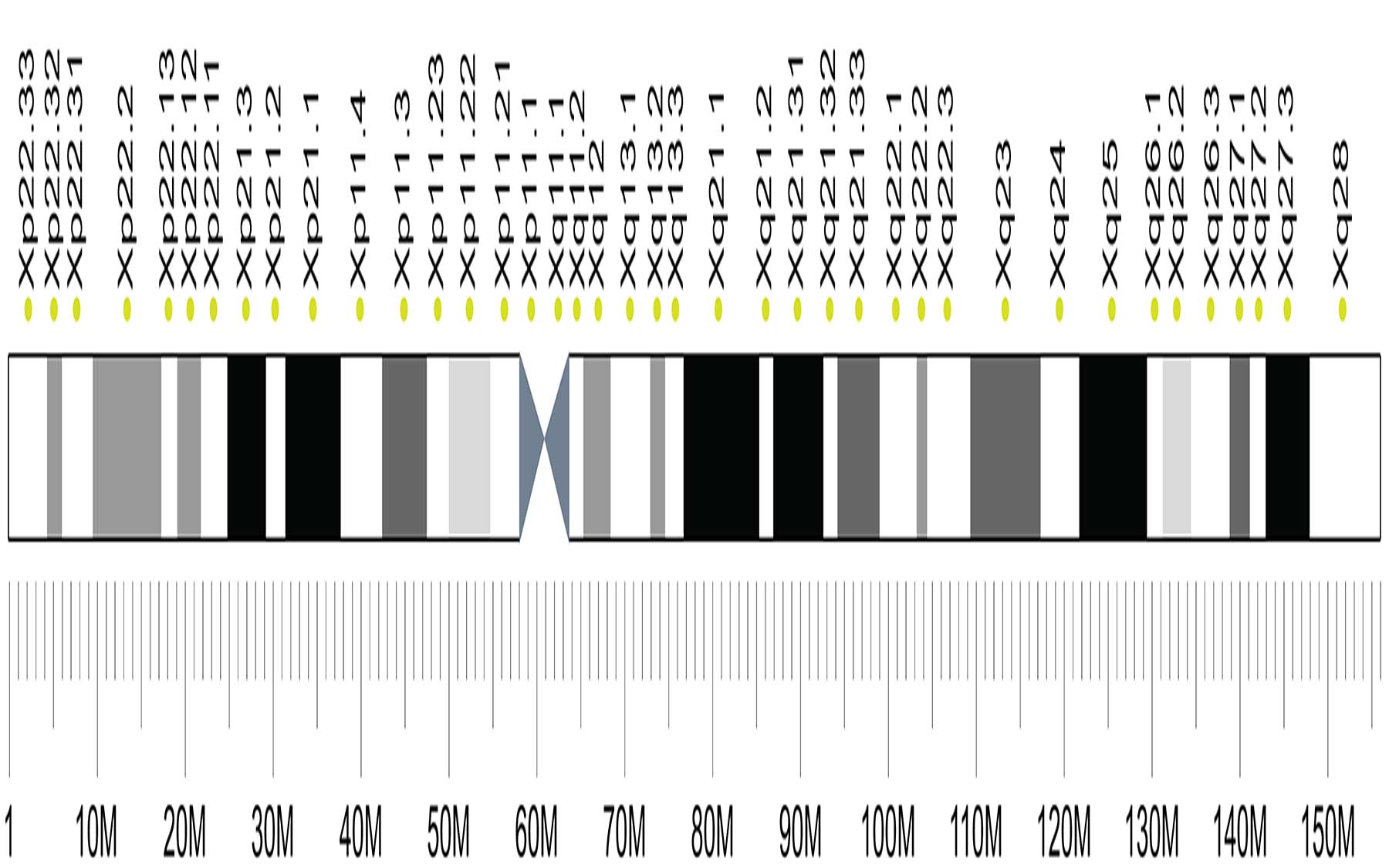 Cold Spring Harbor, NY — It’s a genetic detective story with a distinct 21st-century flavor. A geneticist from Cold Spring Harbor Laboratory (CSHL) in the United States has used powerful internet and social media tools to find doctors and researchers in nine U.S. states and eight other nations to help him confirm, document and describe in precise clinical detail a new genetic syndrome in young boys that he first came across five years ago.

“Informally, we call this ‘TAF1 syndrome,’ because the TAF1 gene, located on the X chromosome, is mutated in all patients,” says CSHL Assistant Professor Gholson Lyon, M.D., Ph.D.  A child psychiatrist as well as a genetics researcher, Lyon first began thinking about the syndrome in 2010, when he was introduced to a family in Utah with two young boys who were both seriously ill, in similar ways.

“The boys, two years apart, suffered from intellectual disability,” Lyon notes, “but they also had other symptoms in common, including particular facial dysmorphologies, that were not quite like anything described in the medical literature. Since then, I’ve been working in various ways to understand the condition, including finding other physicians and geneticists who may have seen similar patients.”

Lyon, who in 2011 reported the discovery of another rare genetic illness called Ogden Syndrome, uses what he calls a “genotype-first” approach. It has become increasingly fruitful as the cost of genome sequencing has rapidly declined over the last half-decade.  In many medical practices in the US and overseas it is now routine to conduct genome scans of children who are observed early in life to be experiencing developmental delays.  Although there are many possible causes, one is the mutation of genes that play critical roles in development.

In boys, so-called X-linked syndromes are among the logical suspects. They have been firmly associated with developmental delay and intellectual disability, among other symptoms.  Girls have 2 copies of the X chromosome, while boys have only one—their other “sex” chromosome being a Y. Having two “X”s, girls have a backup copy if a gene on one of their X chromosomes is mutated.  Having only one “X,” boys have no backup, so any X-linked mutations have the potential to cause serious biological problems.

After finding single-“letter” DNA mutations within the TAF1 gene in both brothers from Utah, Lyon was encouraged to reach out to colleagues to find boys with similar symptoms, figuring that perhaps they too had telltale X-linked mutations.  He attended medical genetics conferences as often as his other obligations permitted, trading notes at these gatherings with other experts in childhood disorders. He posted tweets and an entry about the suspect gene, TAF1, on Wikipedia, hoping to attract others interested.

One powerful tool proved to be a website called bioRxiv (“bioarchive”), begun in 2014 by CSHL. There he posted what scientists call a preprint of a paper he hoped to later publish. It detailed the one TAF1 mutation of which he was by then aware in the Utah brothers. This proved a key step in assembling a cohort of similarly ailing children.

“Once our hypothesis and preliminary data were posted to bioRxiv,” says Lyon, “we began finding people all over the world we may never have found any other way. I heard from doctors in Colombia, Mexico, France, Germany, the UK.”

“It was very exciting.  It was clear we were all on to something—and that we could now really do something to help the families affected. Until this point, the family of an affected child would not even have a name for the condition that was causing their loved one to suffer.”

Lyon led a team that includes 47 other doctors and scientists who in their paper not only describe characteristic features of the new syndrome, but also offer a hypothesis about how it is caused. They note that the TAF1 gene is affected in every patient, 12 of whom have a mutation in a single DNA letter within the gene, and two of whom have a genome defect called a copy number variation (CNV) affecting the region including TAF1. CNVs are areas of the genome that are either deleted, or in which extra copies of one or more genes appear. Both affected boys with CNVs have extra copies of the TAF1 gene.

It is less clear how problems with the gene generate biological problems. Lyon and colleagues note, however, that the TAF1 gene encodes the largest section, or subunit, of a protein called TFIID (TF-TwoD). It is a transcription factor—a molecule that attaches to the double helix and helps to initiate the process, called transcription, by which a gene generates a message instructing a cell to manufacture a specific protein.

“TAF1 is the largest subunit of a transcription factor complex TFIID, which binds to what we call a core promoter—a place where it activates transcription. What’s fascinating is that when other components of TFIID malfunction, this causes related disease. It is largely unknown how these malfunctions cause disease or how these diseases are related, it really opens up a new area of research for us,” says lead author Jason O’Rawe.

Work on the molecular mechanisms associated with TAF1 mutations and other biological aspects of the new syndrome is sure to continue. For now, however, Lyon says he is pleased to have joined with colleagues to arrive at a point “where we are able to inform multiple families what is affecting their children, why they are not well.”

“Variants in TAF1 are associated with intellectual disability, neurological manifestations and dysmorphic features” appears December 3, 2015 in the American Journal of Human Genetics. The corresponding author is: Gholson J. Lyon. The paper can be obtained at: http://www.cell.com/AJHG/home

How a world on pause sparked educational innovation at CSHL

See how the Laboratory adapted its education and live programming during the pandemic.   Read more »