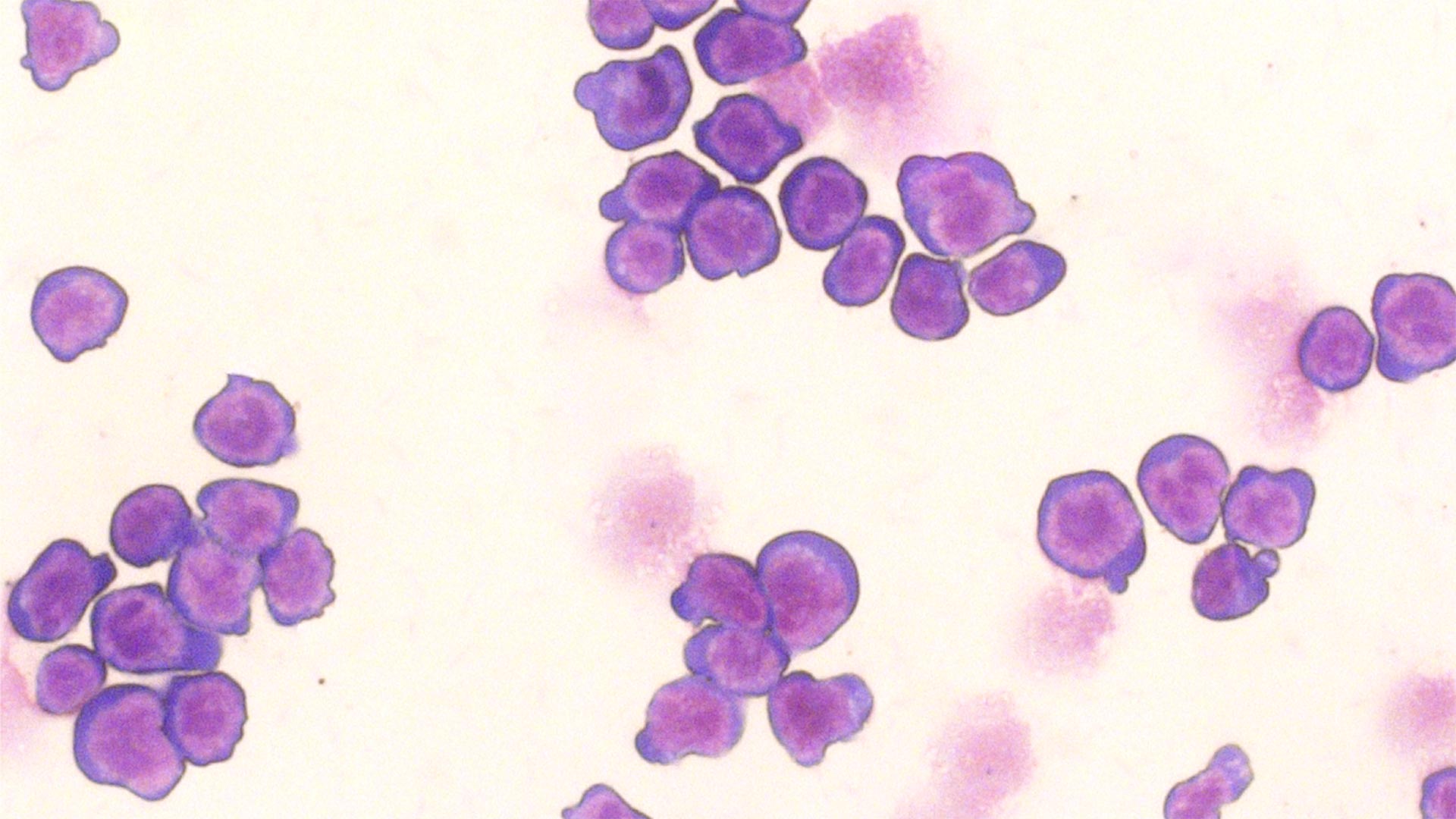 Myelodysplastic syndrome (MDS), one of the most common blood cancers, has very few treatment options. Now, researchers at Cold Spring Harbor Laboratory (CSHL) have discovered a new and promising drug target for this deadly condition.

“At the moment, only a small portion of patients benefit from the standard therapy for MDS,” said CSHL Fellow and cancer researcher Lingbo Zhang. “Therefore, there is a very important medical need for a new and novel therapy for this disease.”

Zhang’s lab, working with experts from Memorial Sloan Kettering Cancer Center and The National Institute of Diabetes and Digestive and Kidney Diseases, discovered the new drug target that could meet this need. Their research was recently published in Science Translational Medicine.

“We have been working with a multidisciplinary team that consists of physicians and medicinal chemists to translate our basic discovery into novel therapeutics which can be tested in clinical trials for the benefit of patients,” Zhang said.

The ultimate goal, Zhang said, is to create a drug that will adequately restore blood cell production in MDS patients who are resistant to existing treatments.

To understand exactly how the new drug target works, it’s important to first know why MDS is so difficult to treat. Unlike many other cancers, MDS is not characterized by a tumor. Instead, this blood cancer is sometimes referred to as “bone marrow failure disorder.”

Bone marrow is designed to produce enough blood for everyday survival. When blood cells are lost via bleeding or when they grow too old to do their job, replacement cells are made and begin to mature. MDS results from those replacements being too few, defective or both.

Traditional treatment options for MDS symptoms, such as anemia, rely on the body’s natural ability to make more mature red blood cells, which is driven by a hormone called erythropoietin (EPO).

The reason that only a small portion of patients respond to common EPO-based treatments is because many MDS patients don’t have enough functional progenitor cells within their bone marrow to begin with. In some cases, what functional cells are available will indeed become mature red blood cells. However, once that supply runs out, EPO treatments stop working, causing drug resistance. That’s why Zhang and his colleagues decided to take a different approach.

“So to treat this,” Zhang explained, “you can’t target the late progenitor. Their capacity to make new cells is very limited. But with the earlier cells, we have a chance.”

Instead of relying on EPO and its target progenitor cells, they chose to target an even younger stage of the progenitor cells. The researchers discovered that when these cells are defective, activating a specific protein receptor called CHRM4 significantly hampers their ability to divide into those crucial EPO-responsive progenitor cells. By blocking this receptor, Zhang and his colleagues could restore healthy blood cell production.

“More importantly, these preclinical tests have shown that the treatment exhibited a sustained and long-term therapeutic efficacy,” Zhang said. “We’re now translating this discovery into clinical development, and we hope our progress will benefit patients in the near-future.”