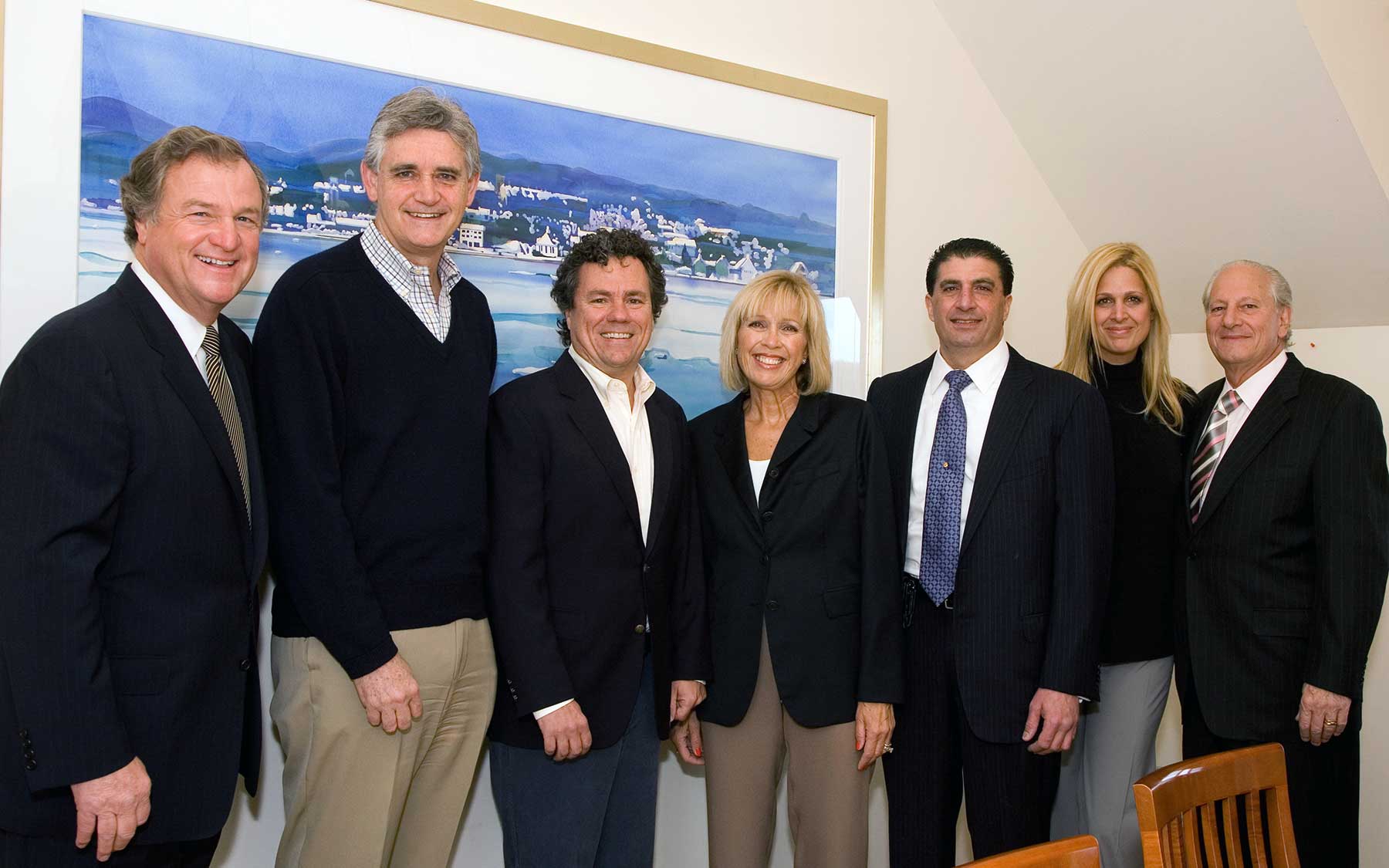 The funds will support research that is the basis for the development of more effective cancer therapies. Cancer genetics researchers at CSHL aim to gain a more complete understanding of the phenomenon of chemotherapy resistance—the means by which tumors “learn” to evade therapies designed to destroy them. This knowledge is expected to identify new pathways and provide new molecular targets for anti-cancer drugs.

“The partnership we have with the Don Monti Memorial Research Foundation began only a few years ago, when we met Tita and Joseph Monti and discovered our mutual interest in relieving the human suffering caused by cancer,” explained CSHL President Bruce Stillman, Ph.D. “Now under the leadership of Caroline Monti Saladino, the Foundation has been a great boon to CSHL scientists who in recent years have made several discoveries that will lead to less toxic and more effective cancer treatment.”

In the Tita Monti Cancer Research Laboratory at CSHL, Howard Hughes Medical Investigator Dr. Scott Lowe, the CSHL Cancer Center’s deputy director, works with a team of clinicians and researchers to understand the workings of cancer genes and the networks that they form as illness becomes manifest. “Our relationship with Caroline Monti Saladino and the Foundation has provided us with access to critical technologies that allow CSHL to remain at the leading edge of cancer research worldwide,” said Lowe.

Lowe’s team of researchers has developed a fundamental new experimental approach to identify genes that contribute to cancer development. This approach greatly facilitates and speeds up the discovery process and will be used by cancer researchers worldwide as a global effort proceeds to identify all of the genes that can cause cancer in humans. This new approach was published in the prestigious scientific journal Cell in November 2008 and in the six months since its publication it continues to be one of the most downloaded articles from the journal’s website.

Support from the Don Monti Memorial Research Foundation has also enabled CSHL researchers to develop an experimental approach to identify genes that will influence the response to chemotherapy. This has very important implications for clinicians and over time is expected to be one of the scientific bases for the development of individualized, patient-specific approaches for treatment of cancer and other serious illnesses—an approach often called “personalized medicine.”

An accurate model of resistance in a type of leukemia

Being able to accurately predict how a given cancer will respond to chemotherapy would spare patients with non-responsive tumors the burden of dealing with a toxic and ultimately unhelpful treatment. Just as important, knowing which of a patient’s cancer-causing genetic lesions are contributing to drug resistance might help doctors redesign therapy for maximum benefit.

Dr. Lowe and his colleagues at the Tita Monti Cancer Research Laboratory only last month announced that they had come an important step closer to achieving these critical goals for human cancer therapy by developing new mouse models for human acute myeloid leukemia (AML), an aggressive and devastating cancer of white blood cells.

As Lowe and colleagues reported in the April 1 issue of the journal Genes and Development, their models, which include treatment protocols that closely mimic current AML therapy in people, precisely recapitulate genetic associations that have been linked to favorable or adverse treatment responses in patients. These findings provide compelling evidence for the notion that such models can predict how human cancers will respond to therapy and help to identify genes promoting resistance or sensitivity to any cancer drug. The mouse models, the CSHL team notes, also serve as an effective test system for new drugs and treatment strategies in AML.

“By giving us a better understanding of how a cancer’s genetic makeup, or ‘genotype,’ influences the outcomes of treatment, these models might help improve how existing drugs are used in people, and spur the design of more effective therapies,” Lowe observes. “The new models are an important preclinical tool that will allow knowledge gained from cancer genetics to be put to effective use in the clinic.”

The Lowe team’s mouse models also provide valuable insights into how leukemia develops and progresses. Their study traces the intracellular network controlled by the p53 gene, a linchpin of the cell’s anti-tumor defense response, as the key determinant of AML’s aggressiveness and response to therapy.

“The Don Monti Memorial Research Foundation is proud to provide financial support to Dr. Lowe for vitally important experiments like this one, and more broadly, to the cancer research program at Cold Spring Harbor Laboratory,” said Caroline Monti Saladino, President of the Don Monti Memorial Research Foundation. “Our most recent contribution of $500,000 supports research that is happening right here on Long Island, and is making a difference for cancer patients worldwide.”

The Don Monti Memorial Research Foundation started small but it has grown steadily each year. In June 1972, a 16-year-old boy named Don Monti died at North Shore University Hospital of myeloblastic leukemia. Within days of his death his parents, Tita and Joseph, committed themselves to founding an organization in his memory ultimately dedicated to finding a cure for cancer. Today the Foundation raises over $1 million annually and serves an ever-growing number of patients. Its commitment remains firm as the second generation of Montis begins to assume responsibility for its mission: research, education, fellowship and patient care.