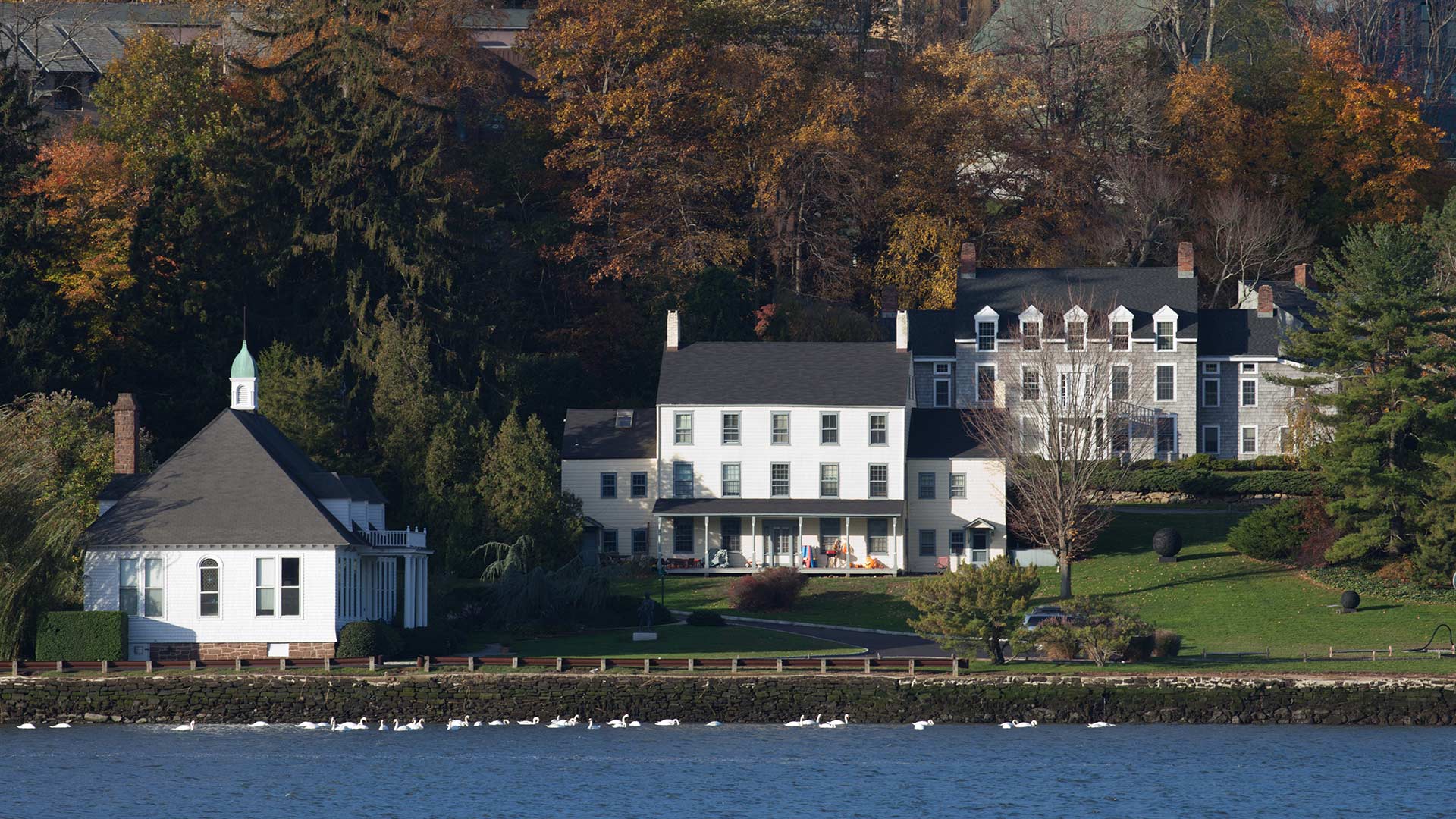 In June 2021 Cold Spring Harbor Laboratory (CSHL) began work on repairing and restoring Cold Spring Harbor’s seawall. The seawall was built in 1850, and over the last century, it has been damaged by storms, especially Hurricane Sandy in 2012. The stone wall has been breached several times and has become structurally unstable in recent years due to continued ground erosion.

The harbor’s stone seawall was in place when the Biological Laboratory of the Brooklyn Institute of Arts and Sciences, the predecessor to Cold Spring Harbor Laboratory, was established in 1890. Since that time, the Laboratory has been a steward of the harbor environment and local history. All state and local authorities, including the New York State (NYS) Historic Preservation Office, NYS Department of Environmental Conservation, U.S. Army Corp. of Engineers, and the Village of Laurel Hollow, have approved plans for the restoration work.

The work will take place over the next year. The plan is to save the existing stone, build a modern seawall that is 2 feet higher than the original, and then reface the entire seawall with the original stone to preserve its historical appearance.

Please check back for updates on the restoration, including a history of the seawall and other harbor structures.

CSHL horticulturalists discuss how they design and foster the Laboratory’s beautiful landscapes to promote scientific inspiration and exchange.   Read more »